The sixth of my Yorkshire Compass Rides was a two-day trip down to the southeastern extreme of Spurn Head, one of Britain’s strangest places. Day 1 was a hot, bright summer day, riding across the flat, quiet farmland between York and Ferriby, the village where I was born. It involved York’s other scale model of the solar system and some disappearing swans. 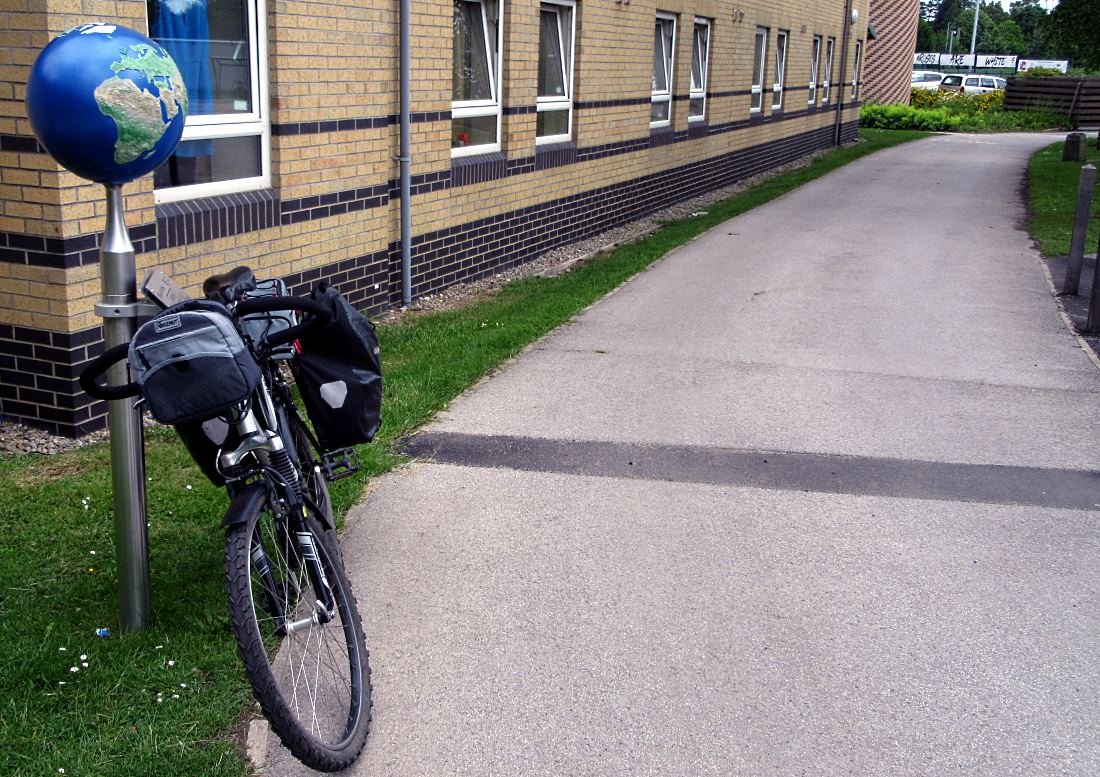 My route out of York took me through the university campus. I was delighted to see that the Uni’s astro soc has recently set up the city’s second cyclable scale model of the solar system (pic). The first one is on the railtrail south to Selby – I biked along that one in a previous Compass Ride. The planets on this one are much bigger, on one scale, and the distances between much shorter, on another scale.

With such a flair for making informative and vivid explanations by blatantly fiddling the figures, the students behind it clearly have a great future in the media. 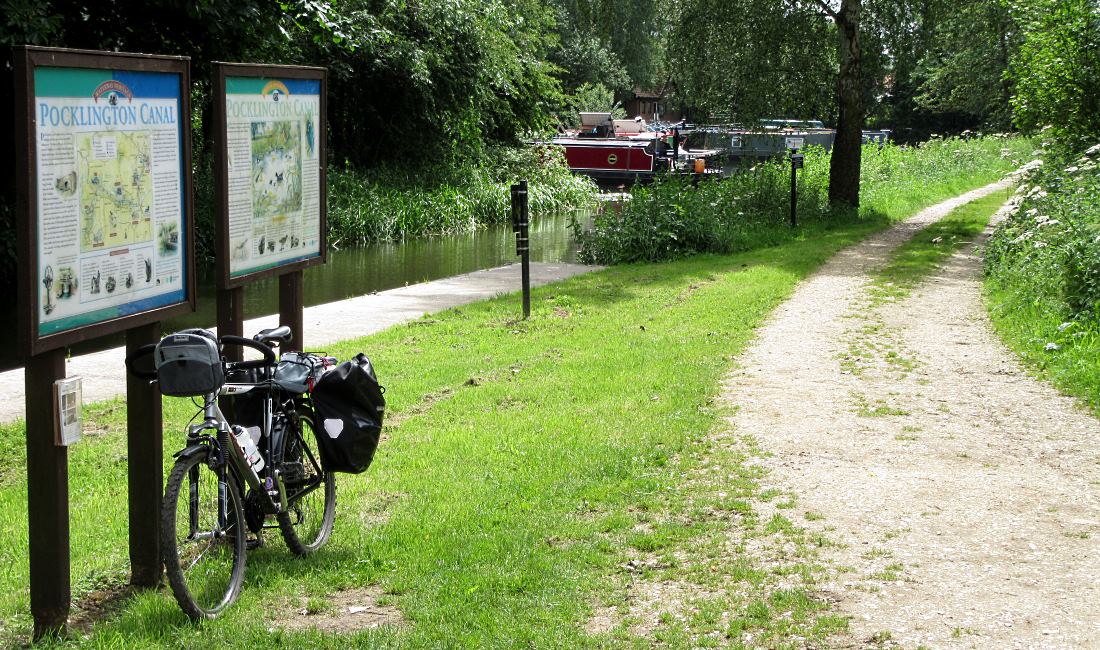 York to Ferriby – where my mum lives, and where I was born and grew up, though many would dispute the second bit – is a journey I’ve biked dozens of times before, always on a road bike. Thanks to being on my trekking bike, with front suspension and mountain bike tyres, I could have taken several offroad options this time, such as alongside Pocklington Canal (pic) or the Bubwith Railtrail.

They looked great on paper, but we don’t cycle on paper. In practice they were muddy, wet, dull, and only connected one middle of nowhere to another. So it’s a wonder Sustrans haven’t made them feature routes yet. But for me the allure of nice flat smooth quiet country lanes was too much, and I mostly stuck to the roads, seeing more tractors than cars, and more pigs than people.

I did get some charming offroad riding, though, at the beginning of the day (York to Elvington) and end (Brantingham to Swanland). The last few miles, over the Wolds and with views down to the plain of Holderness (pic), were rather good. It was peak poppy, and some wheat fields were a blaze of red, like my arms would have been if I hadn’t remembered the sun cream this time. 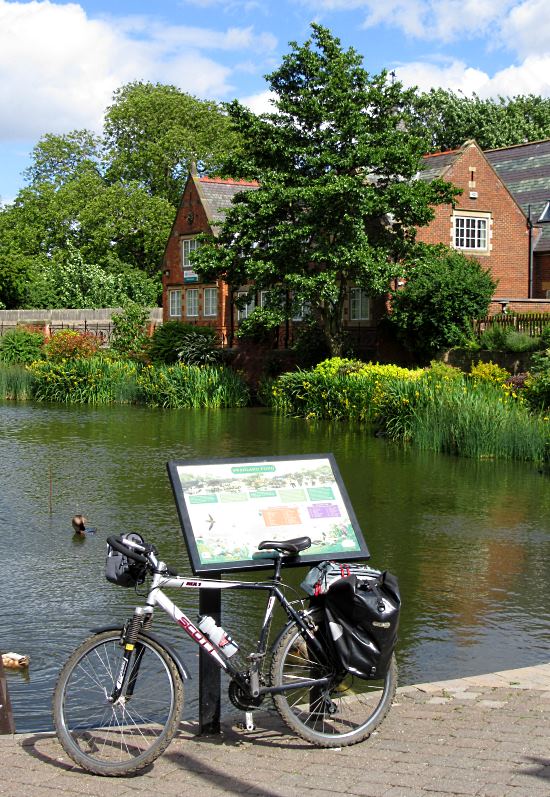 You know the well-photographed sign in the Scottish Highlands, saying ‘Strome Ferry (no ferry)’? Well, East Yorkshire should have quite a few along the same lines. ‘North Cliffe (no cliff)’, perhaps. Or ‘South Cave (no cave)’.

Or, most poignantly, ‘Swanland (no swans)’. Until recently there were several in the pleasant ponded village (pic) that looks like it belongs in upscale-commuter-belt Surrey. But they dwindled to a pair, and when one died, the other left. The only swans now are on the sign for the Swan and Cygnet.

From there it was downhill to my mum’s, with the majestic view down to the Humber Bridge (pic) and the cement works over on the Lincolnshire side (no pic). Ferriby looked lovely on this sunny Sunday afternoon, with lots of people sitting outside the Duke of Cumberland pub – cyclists, walkers, horse riders, local families.

I hopped in to the Co-op next door to buy some flowers for mum, and was delighted to see my favourite sort of bouquet: one that said ‘Reduced to clear’.

Miles from York to Ferriby: 43