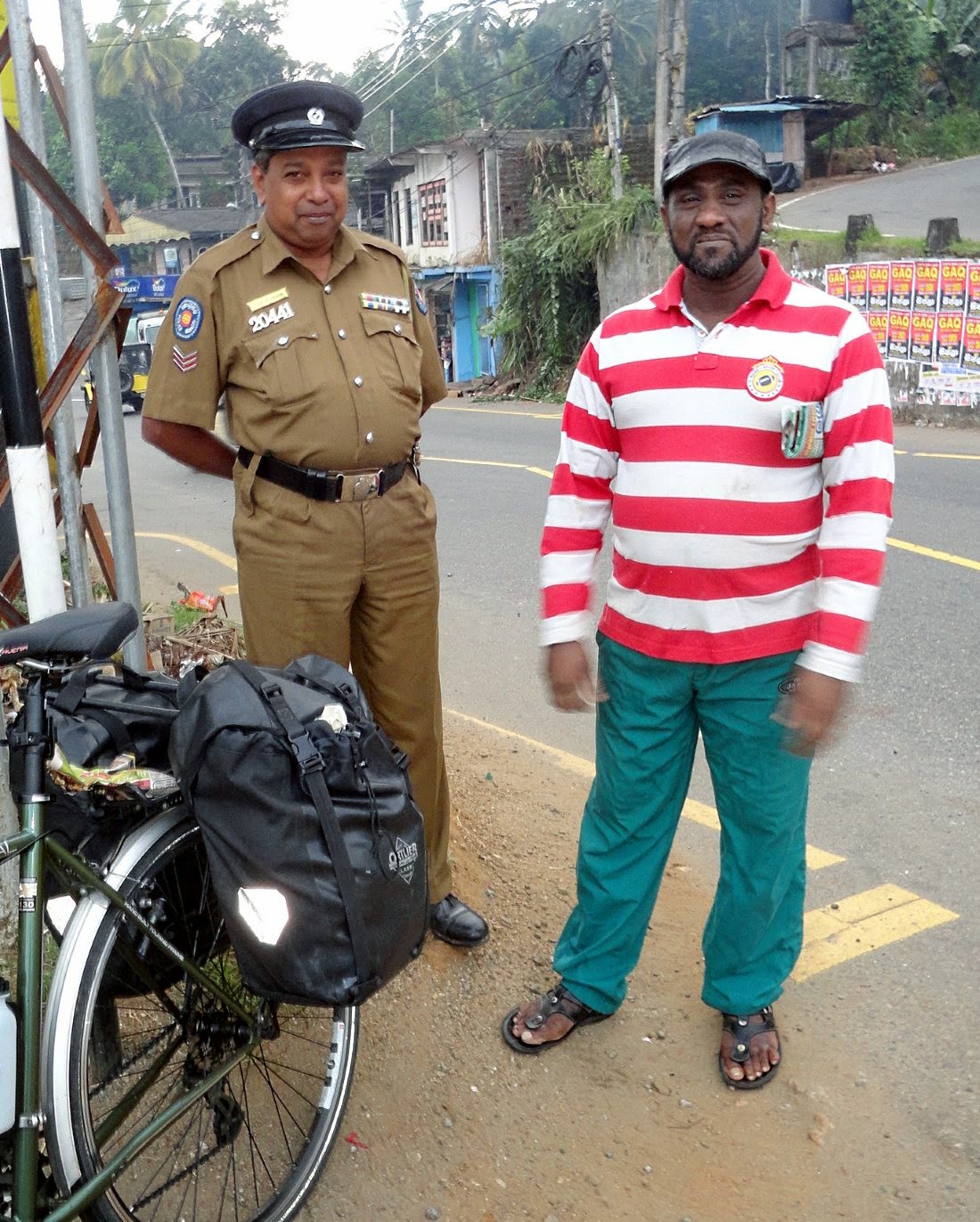 Thanks to another very early start in the cool Kandy dawn, and a cloudy daytime keeping the temperatures down, this was the most enjoyable cycle so far. I’m now following the A9 up north for the last section of my End to End – a concept familiar to domestic LEJOGgers – and out of Kandy it went pleasingly downhill through unpretentious little towns.

In one of them, I got chatting to a local cycling enthusiast (pic, stripey top) and his police officer chum. Sri Lankans are really a very friendly lot. 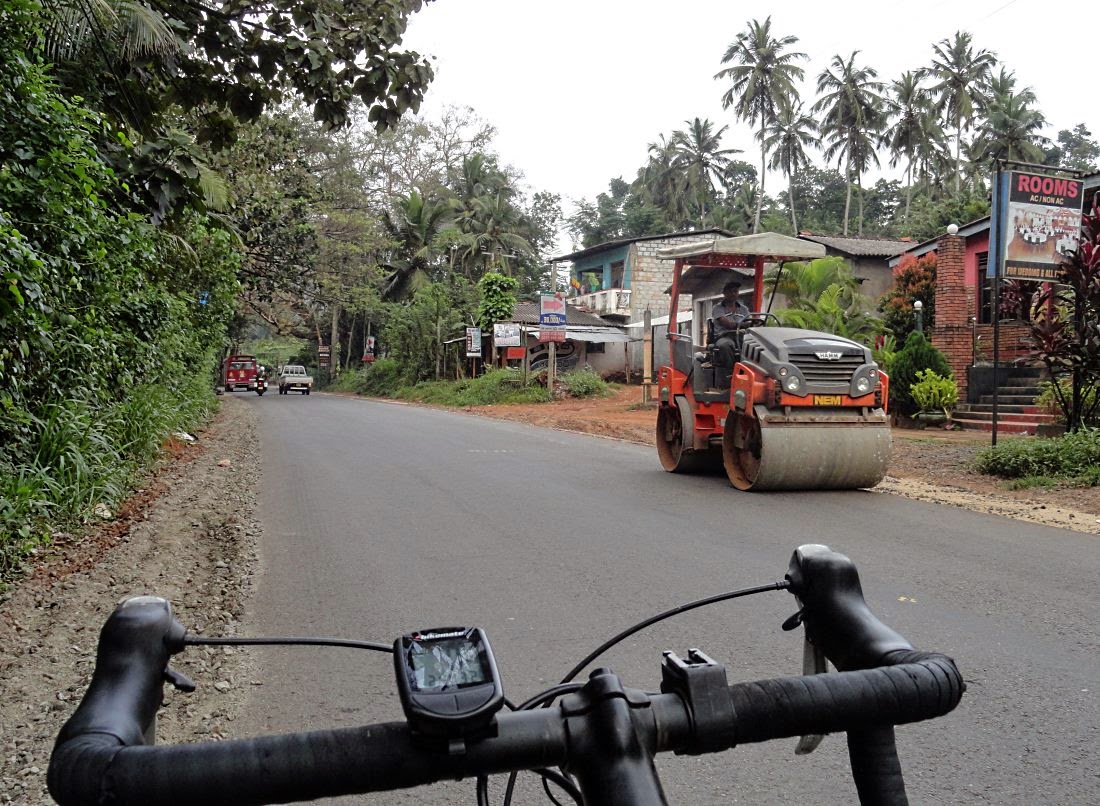 In one village I saw this steamroller (pic). Thankfully it was going the other way. Otherwise I might have suffered the embarrassment of it overtaking me. 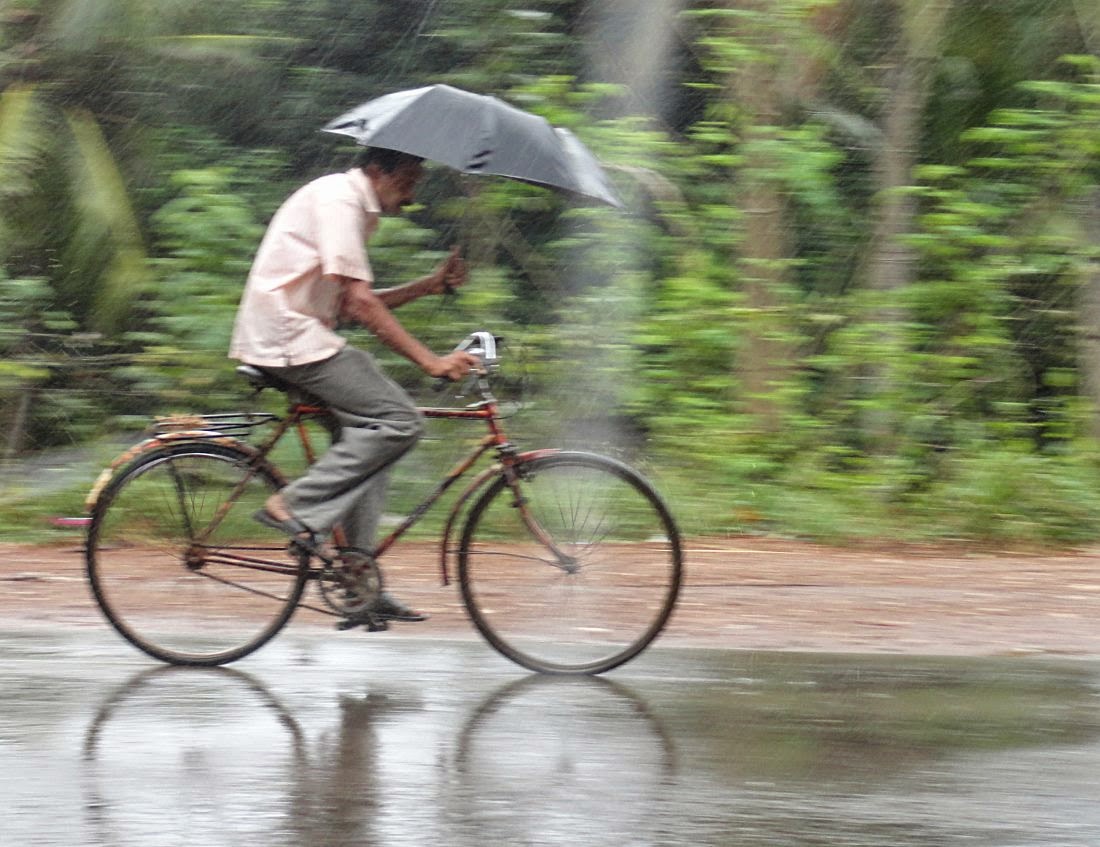 There were a few rainshowers, most of which I managed to sit out in handy roadside eateries. This is how the locals coped (pic). 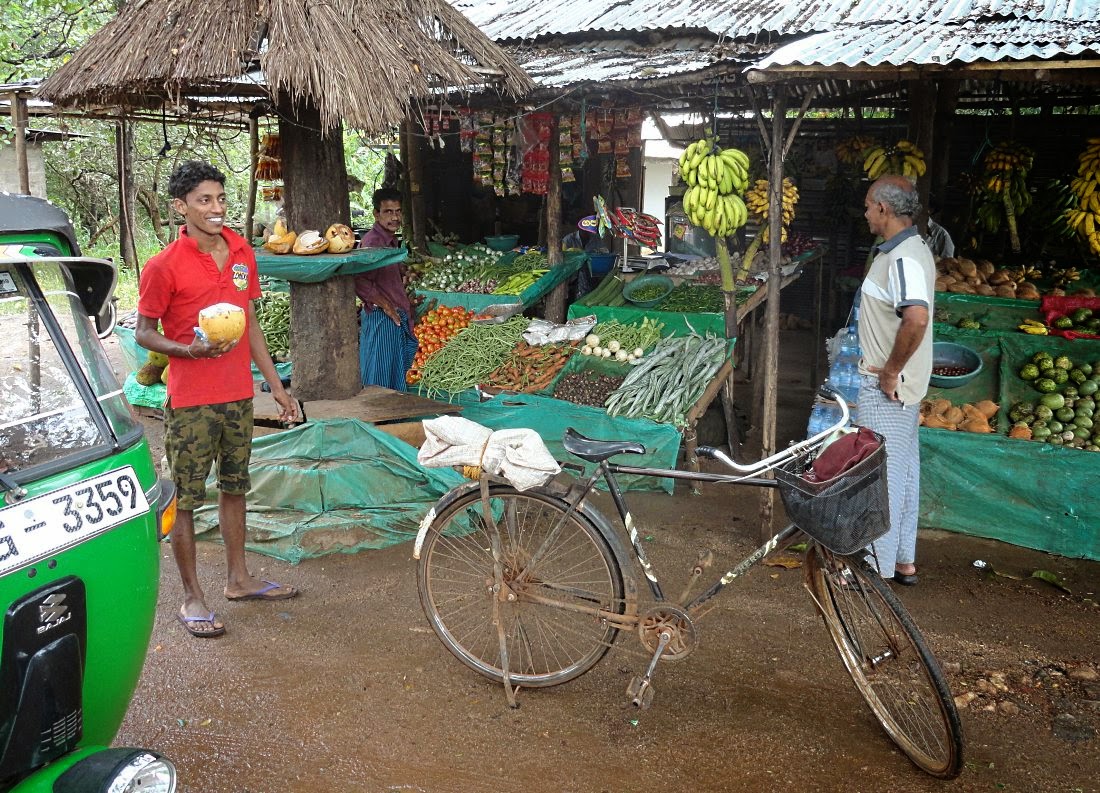 On a Sri Lankan road, you’re never far from a banana, thanks to the plentiful fruit and veg stalls (pic). Or indeed a tuk-tuk. Or a clanky but reliable town bike. 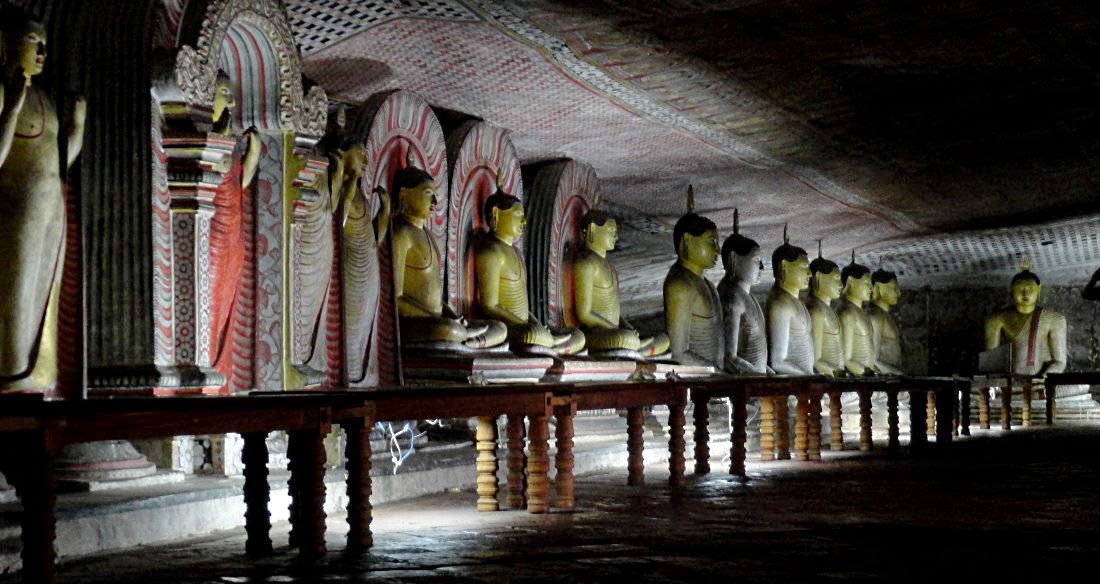 At Dambulla I did the obligatory tourist thing and paid a whopping £7.50 to visit the Rock Temples. At least you get plenty of Buddha statues for your money (pic) – dozens of them, including some giant reclining versions.

Anyway, I’m now in Sigiriya, with another day off the bike tomorrow, visiting Sri Lanka’s version of Ayer’s Rock…