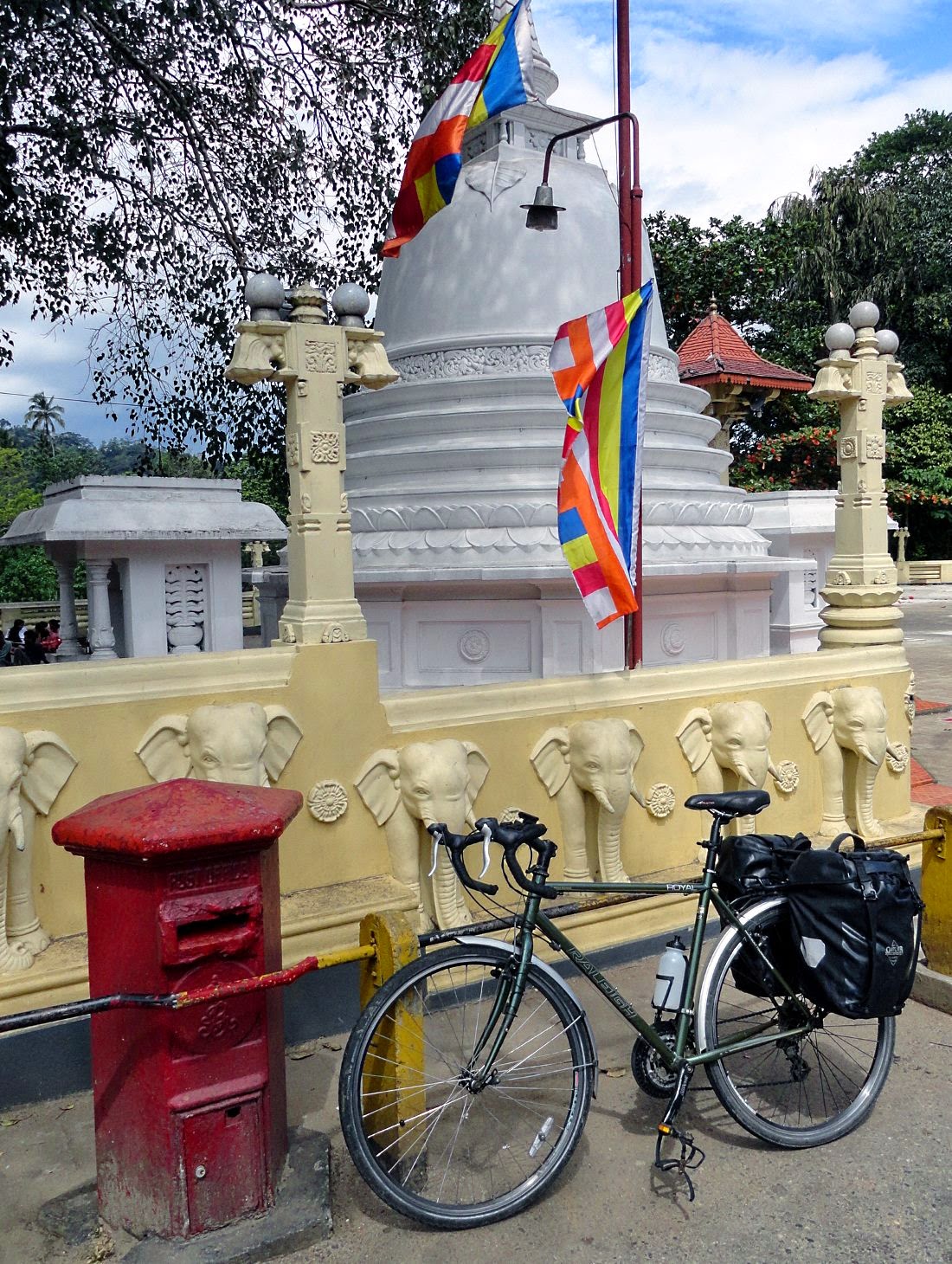 A day biking in town, going past Kandyesque sights such as this GR-period British post box in front of a Buddhist temple (pic). So you can pray for good luck, for instance that the postcard you’ve sent will actually arrive. 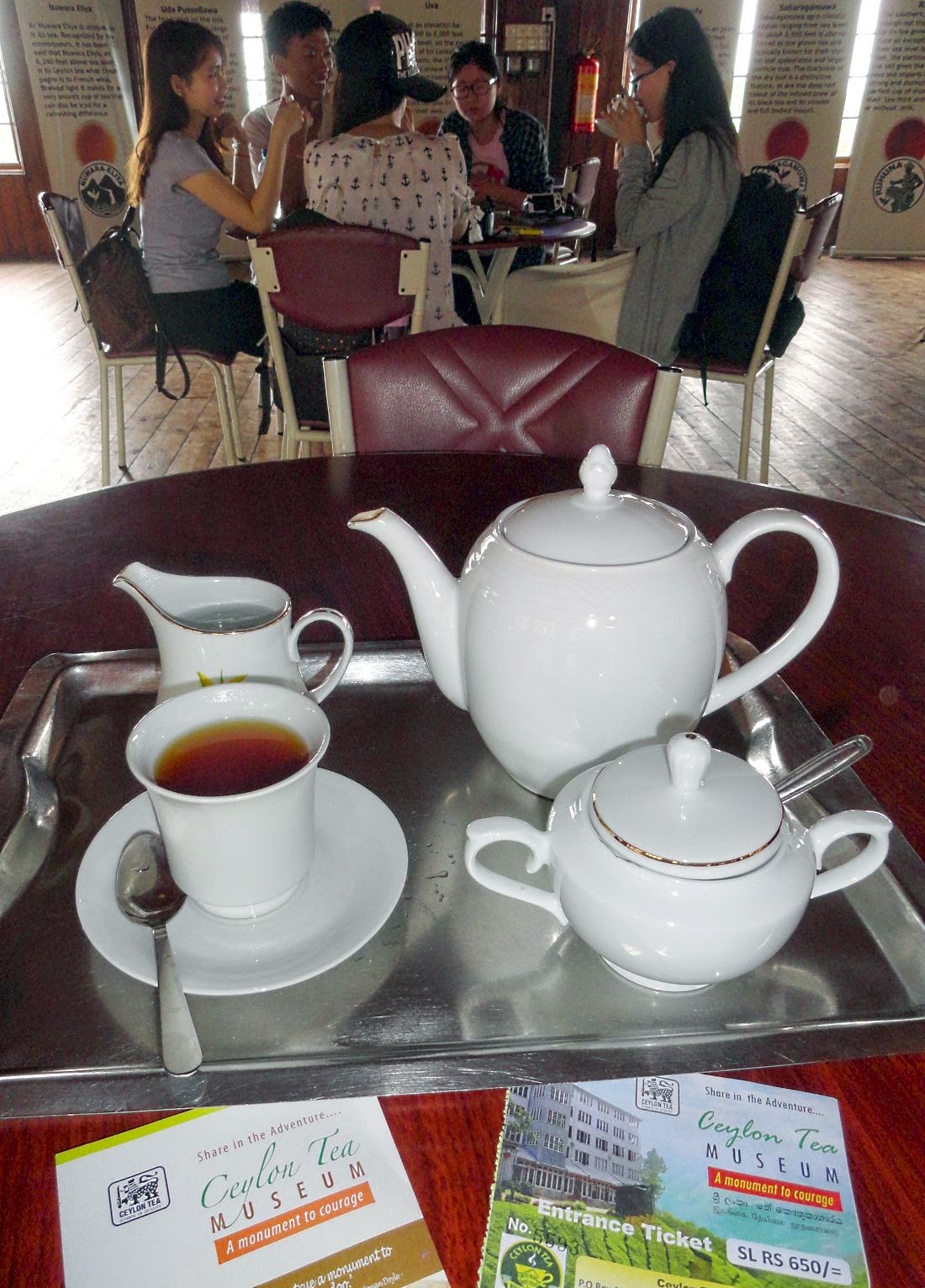 I cycled up a steep back road into the hills to the well set-up Tea Museum. I hadn’t realised that the Scots, along with inventing most useful things such as television and phones and whisky, were also the pioneers of both of Ceylon’s tea plantations (James Taylor) and its mass tea production and marketing (Sir Thomas Lipton). The enlightenment was finished off with a free pot of tea on the top floor (pic), which afforded excellent views of the rainclouds.

I had an afternoon stroll round the city’s famous lakeside (pic), gamely trying to walk off my enormous lunch of a Sri Lankan special, kottu (a huge plateful of chopped-up roti with bits of, in this case, chicken). I washed it down with some fresh fruit juices: soursop and nelly. 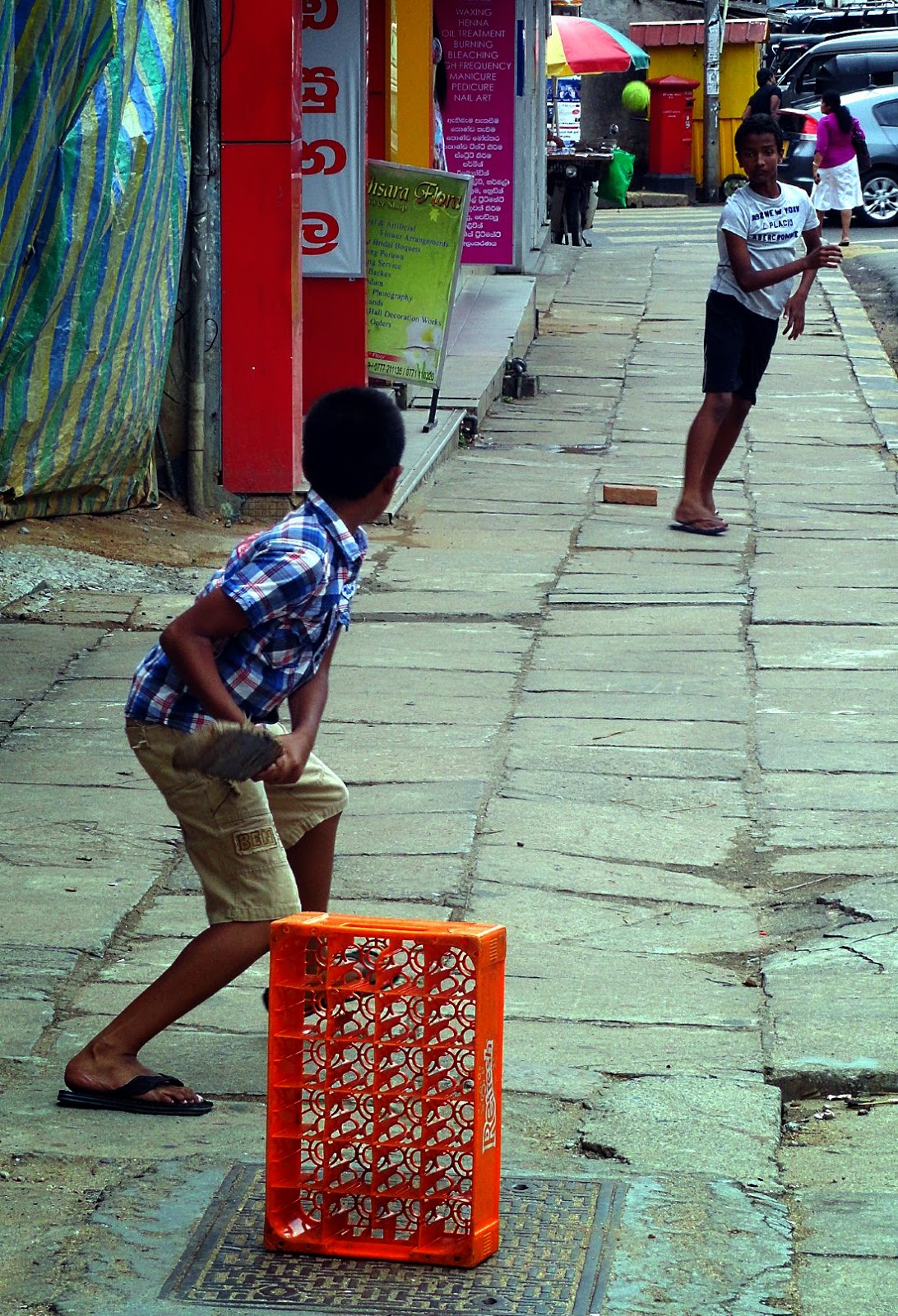 Cricket continues to be a big thing, both in conversations and in being played out on in parks and streets. En route back to the hotel, I saw these lads playing on the pavement with a home-made bat (pic). The bowler’s arm, as so many seem to do in SL, did rather stray from the linear. I resisted the temptation to call ‘NO-BALL’ though. Extending an arm suddenly sideways to signal it, given Kandy’s upredictable surges of street traffic passing within six inches of you, would not have been a good idea.