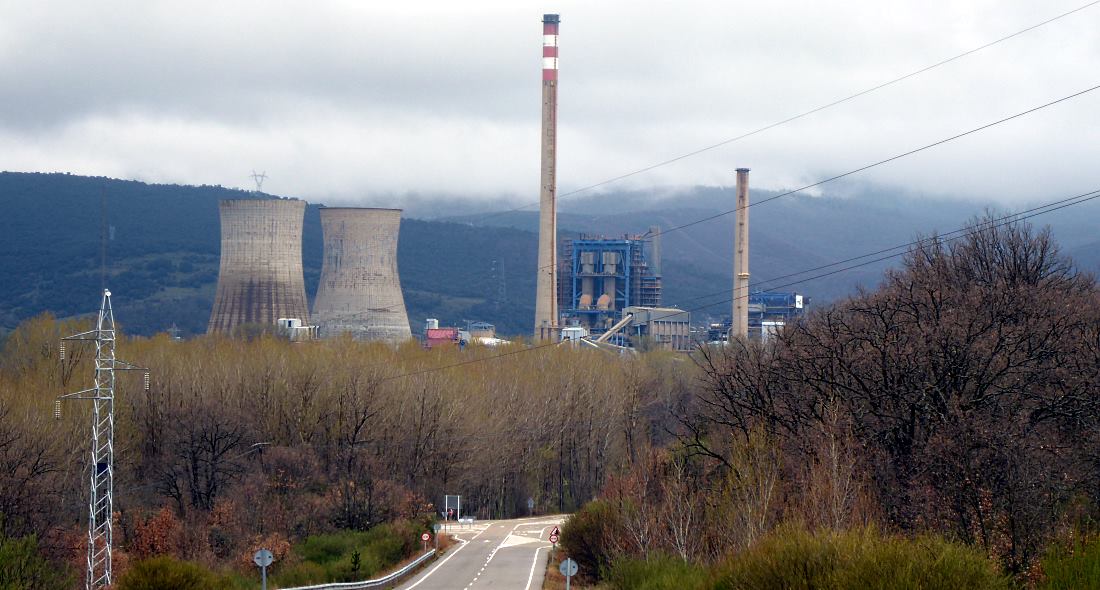 A tough day in prospect today, with plenty of climbing, and rain forecast. But, to compensate, we had the most spectacular scenery of the trip, and a unique Asturian experience at the end. And perhaps most importantly, a fine breakfast where we discovered yet again the delights of León’s custom of free tapas – in this case, cream cakes with our coffee. Anyway, the first few miles of side roads out of León made me feel right at home: damp grey views of steelworks and power stations (pic), reminiscent of my recent trips along Yorkshire’s River Don. 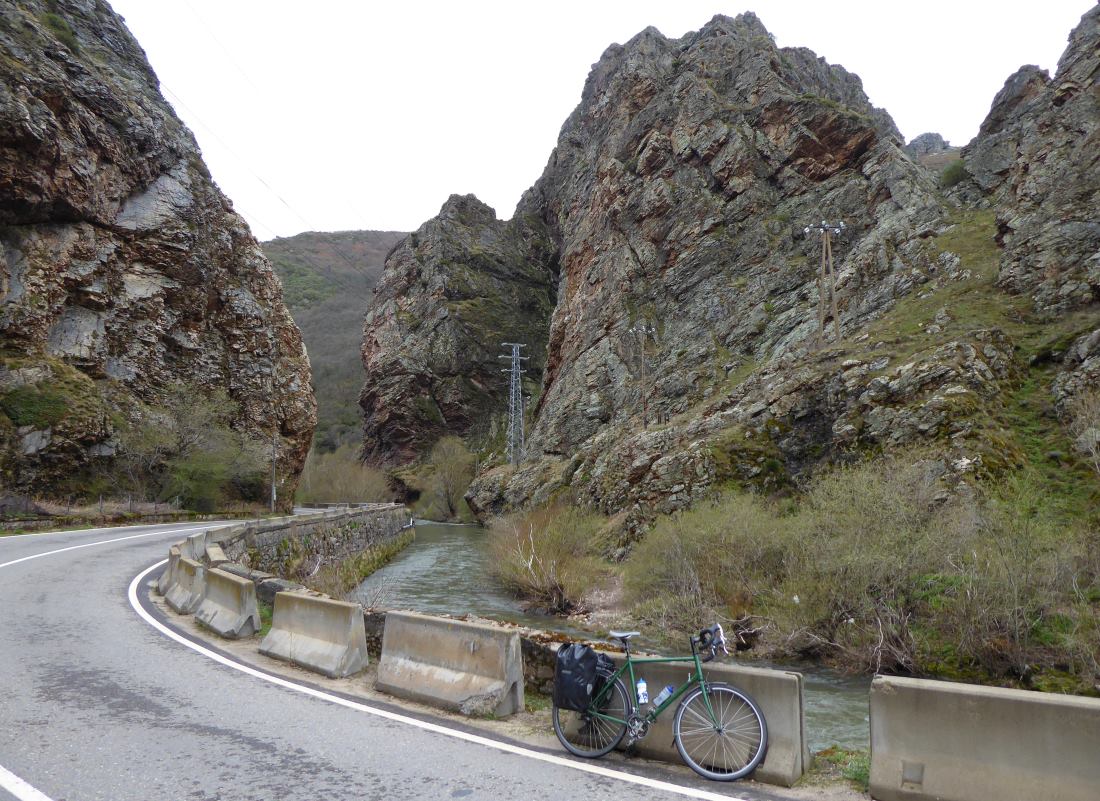 Back on the N630, we had a long steady climb amid the busiest traffic of the trip – making us feel at home again – into the mountains, with some delightful detours along the winding old main road (pic) that are now bypassed by tunnels. 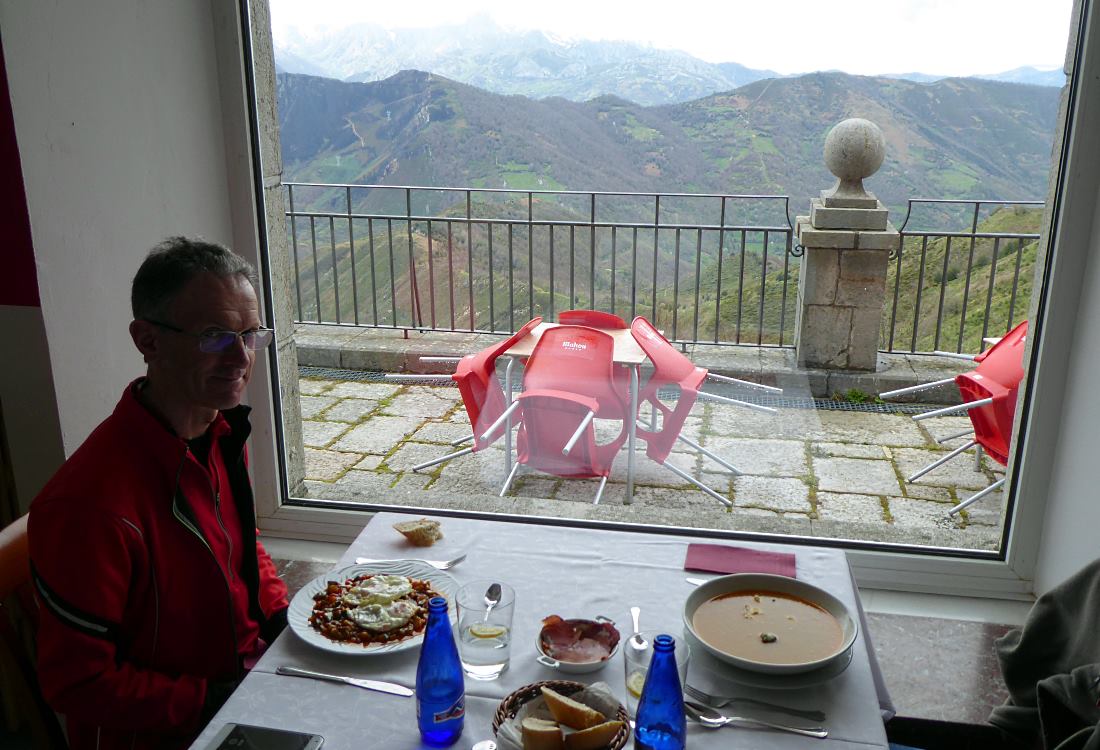 Lunch was at the top of the pass between León and Asturias provinces: 1387m, the highest point of the trip (pic). I had excellent seafood soup, beautifully tasty and tender pork shoulder and chips, and exquisite strawberries and cream.

I don’t often turn down free wine, but we opted for mineral water rather than the local red from the set menu, mindful of the fact that we now had 1000m of descent over 15km, 1 in 6 much of the way, with fast traffic, in the rain… 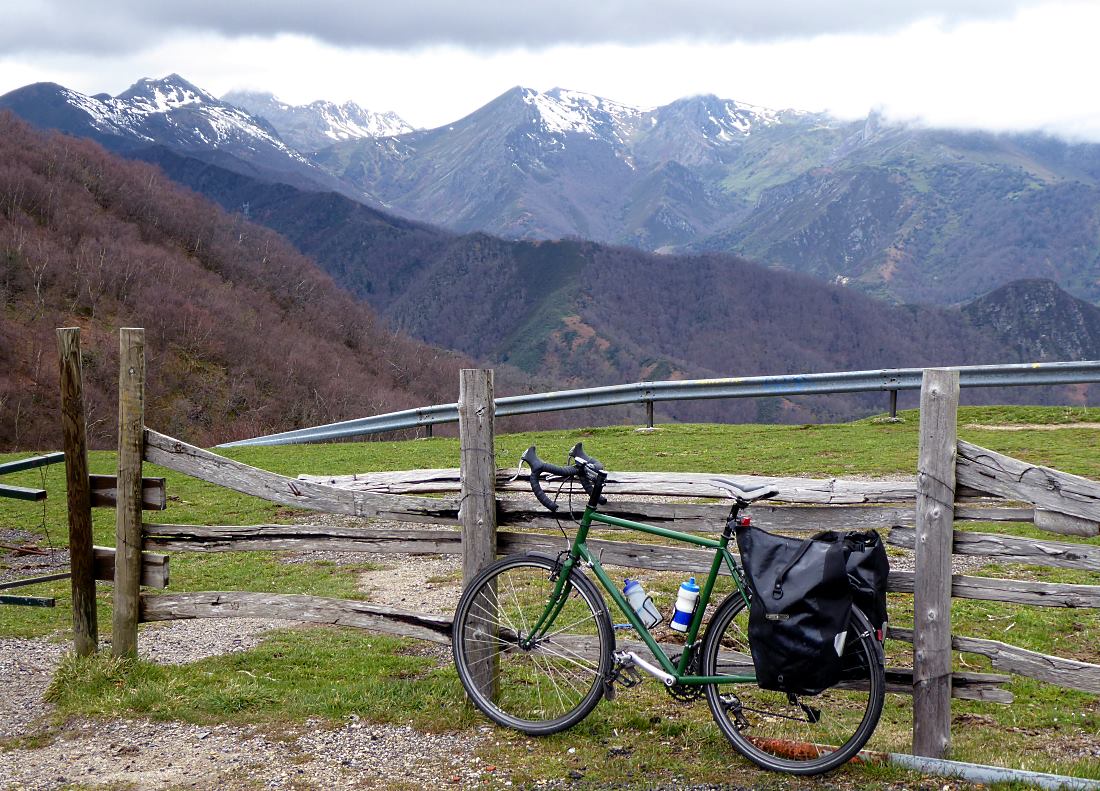 Of course we got down safely, with astounding views all the way (pic), the mountains and hills looking dramatic despite the mist in the air, and the wisps of smoke coming from our brakes. 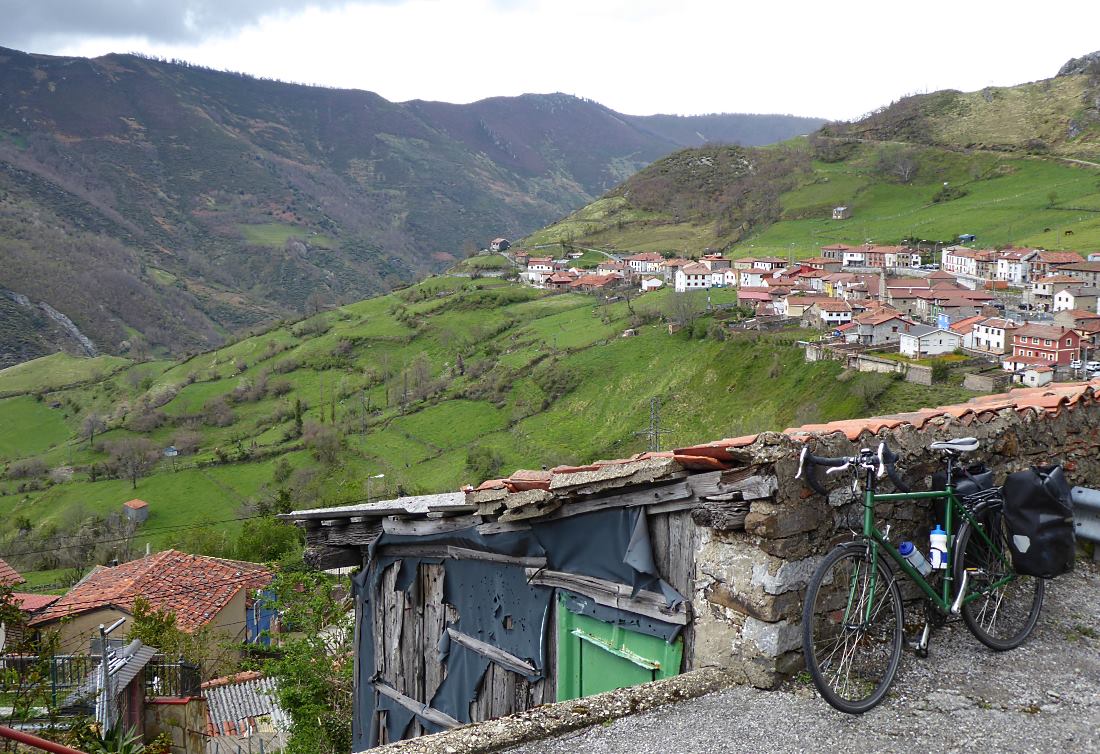 There was an alpine feel to much of the scenery (pic), except without the pelotons of road cyclists annoying the drivers impatient to overtake. Fortunately we were able to do that just by ourselves.

After a quick restorative coffee in Pola de Lena, in a bar full of families partying their way into the Easter holidays, we had a very tough climb: 5km of 1 in 6, into heavy rain. This was El Cordal, a well-known ascent next door to the even more fearsome Angliru.

Weighed down by luggage, wet through and making much slower progress than Nigel’s less laden bike, I may have suggested a few unkind things to the hills, perhaps involving some asterisks, but fortunately they were too polite to reply. 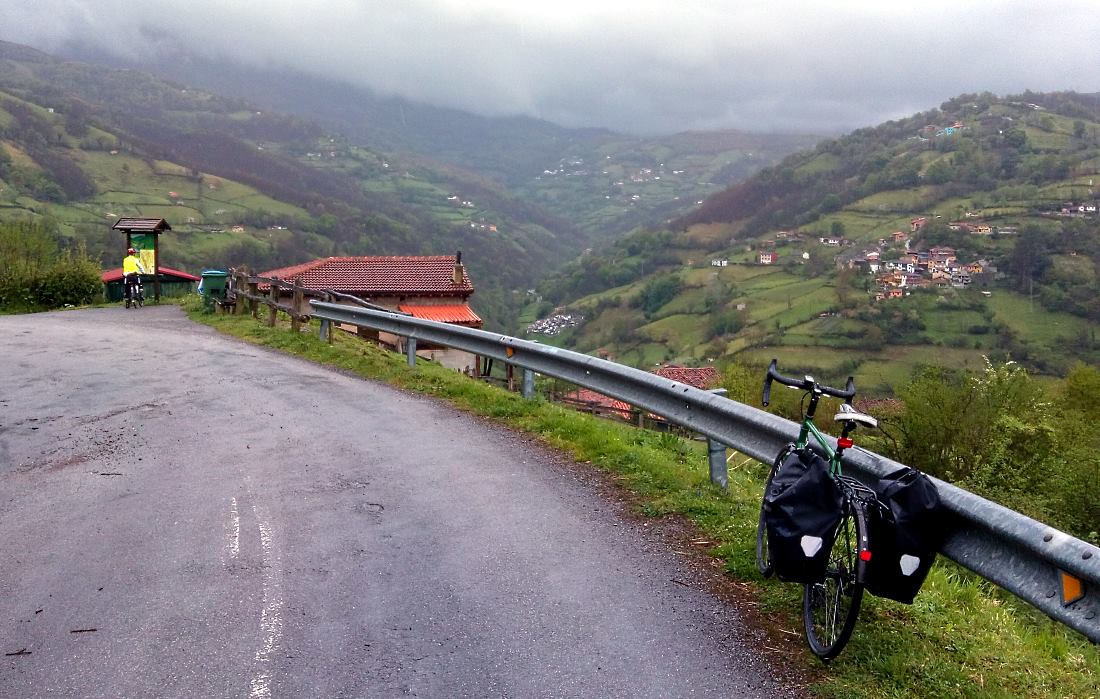 But at the top – well, quite a bit down from the top, when we had dropped back underneath the torrential rainclouds – the awesome views made it all worthwhile (pic).

The descent was delightful for the sort of person who likes to get under the surface of things, things like roads, and bodged repairs involving piles of gravel, and puddles. We didn’t have to pedal for about 8km, when we got to the bottom of a breathtaking gorge (pic). Actually, having to pedal came as quite a relief. It was cold and rainy, and we needed to warm up.

However, once in characterful, splendid Oviedo, we could do that nicely in our hotel room, and festoon it with damp clothes.

Now, Asturias isn’t quite like your image of picture-postcard Spain. It’s green, rainy, they drink cider and play bagpipes, and happily spend their time in traditional pursuits, like spray-painting road signs over with the Asturian language version of the text. 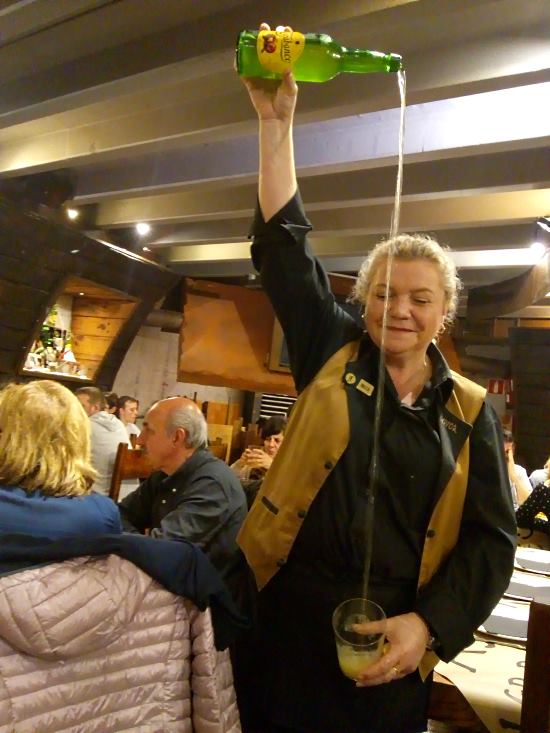 This is apparently to oxidise it, which gives the fullest taste. And they don’t spill a drop. They spill bucketloads, hence the floors are (a) tiled and (b) covered with sawdust to soak it all up.
Miles today: 78
Miles since Cádiz: 616