A tedious start to the day, parcelling up and sending home the camping stuff that I won’t be using now that I’m tentless. Then I took a wrong turn and ended up on a main road for ten miles… But it got better. Much better. Better even than the raspberry crumble custard cake thing I had yesterday. 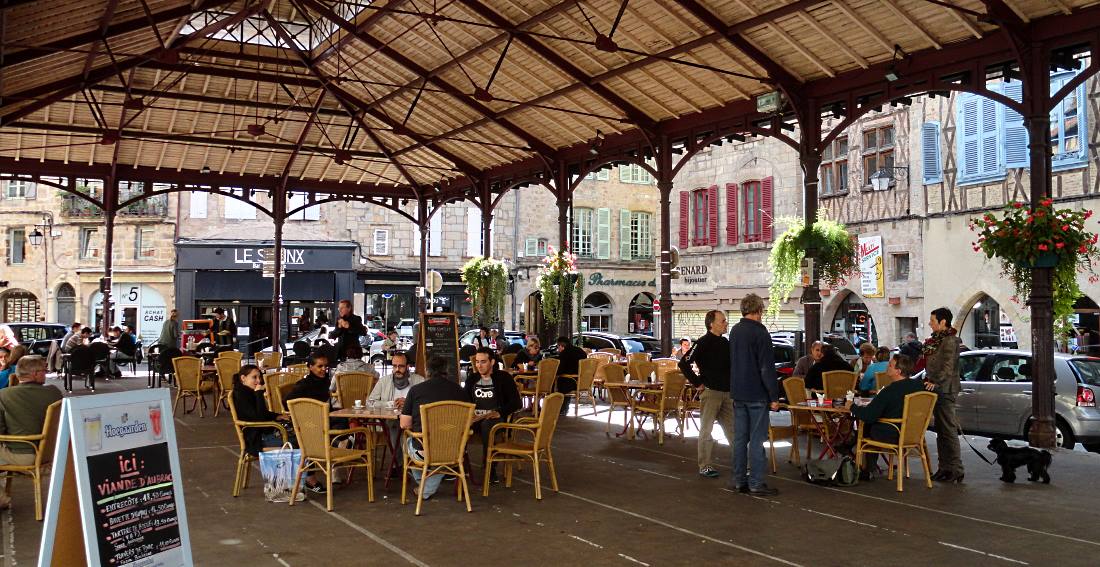 I got to Figeac for lunch (pic), a lively but untouristy place where it seemed the entire population was out having lunch in the old town. For three hours. No wonder most of the shops are shut in the middle of the day. 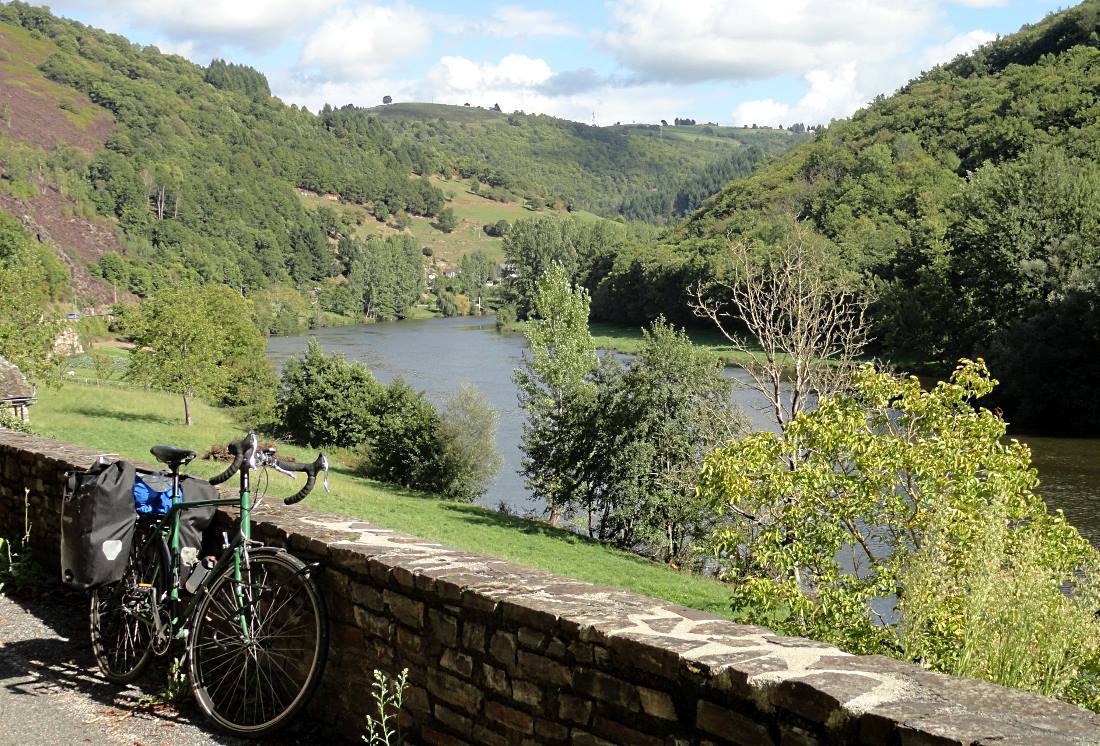 After some climbs and glorious descents, the last third of the day was a lovely flat ride in the sun alongside the Lot (pic). Now I can truthfully say that when it comes to cycling in France, I’ve done the Lot. Note the lighter bike, now devoid of tent and camping gear… 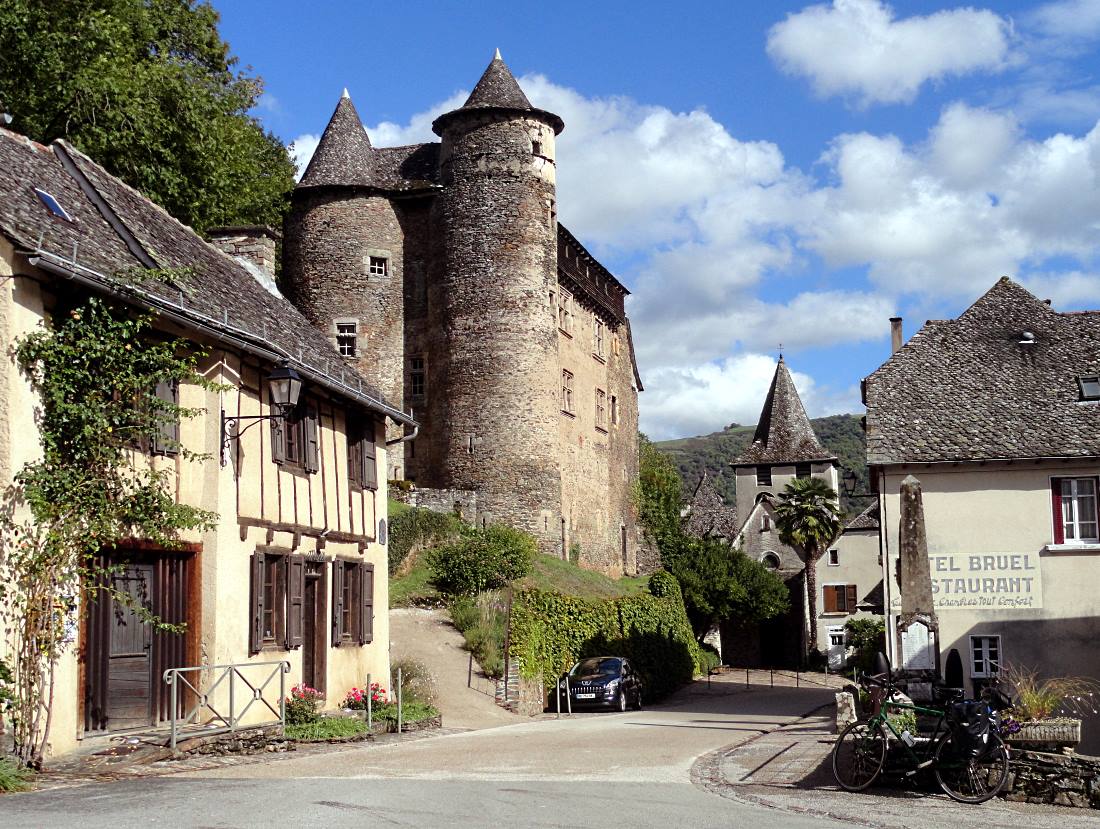 Anyway, there was a lot of this sort of thing today (pic). I’m staying in the delightful confluence town of Entraygues, where the old centre has hardly been touched since medieval times. Like the carpets and wonky floorboards in the hotel I’m staying. Which is a win-win: ‘character’, and dirt-cheap prices. Seriously, I’m really happy.