There was a chance I could make it to Malin Head and its convenient hostel today, given good weather.

That was a big If, and an even bigger Probably Not, but I got off well before seven to maximise my chances. 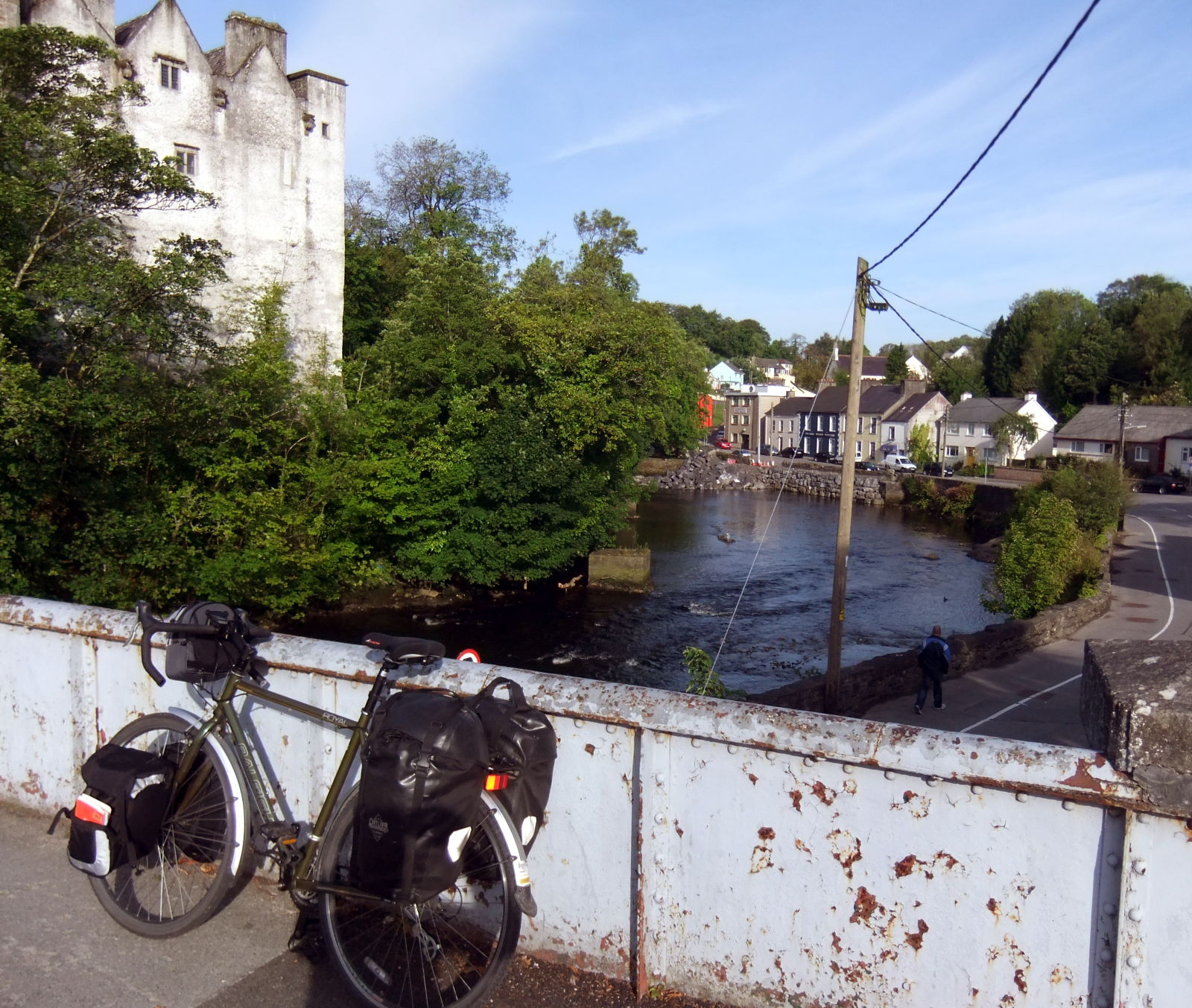 Another sunny, clear, blue but cold morning. I tooled along a chilly back lane to the main road and then along the empty main artery towards Donegal.

It was still asleep when I arrived to poke round the castle, which was square (pic)… 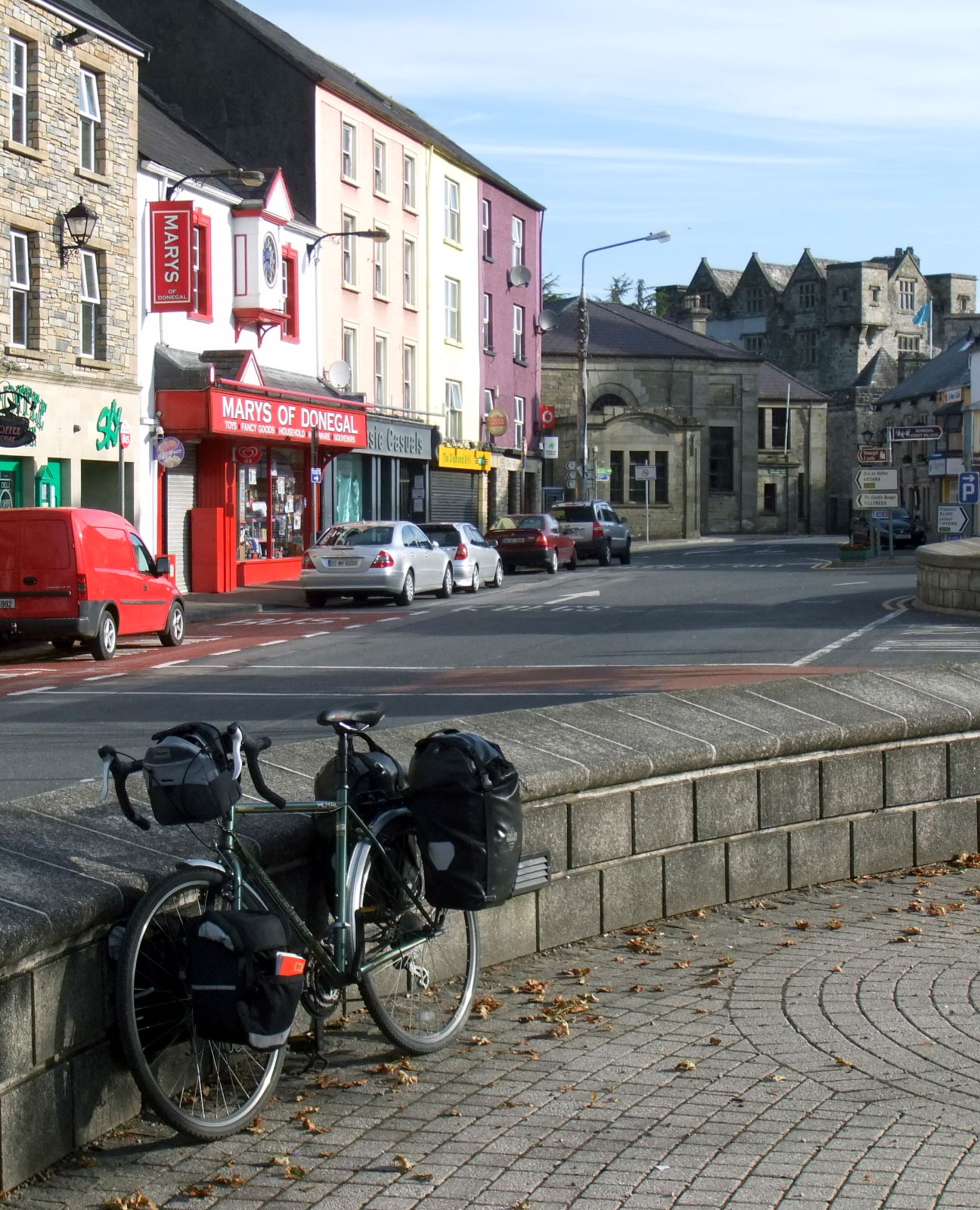 …and the square (pic), which was triangular.

A long but quiet main road took me through a gap in the mountains and some rugged, lakesy scenery.

It turned into a long late morning of steady cycling, punctuated by a pecan plait and coffee from a Spar garage that could have been anywhere, and probably was.

An extended downhill took me into Letterkenny, and then came the longest and tediousest part of the journey so far: a main road with wide broad cyclable shoulder (pic), steady inclines up and down, but always almost always into the wind. 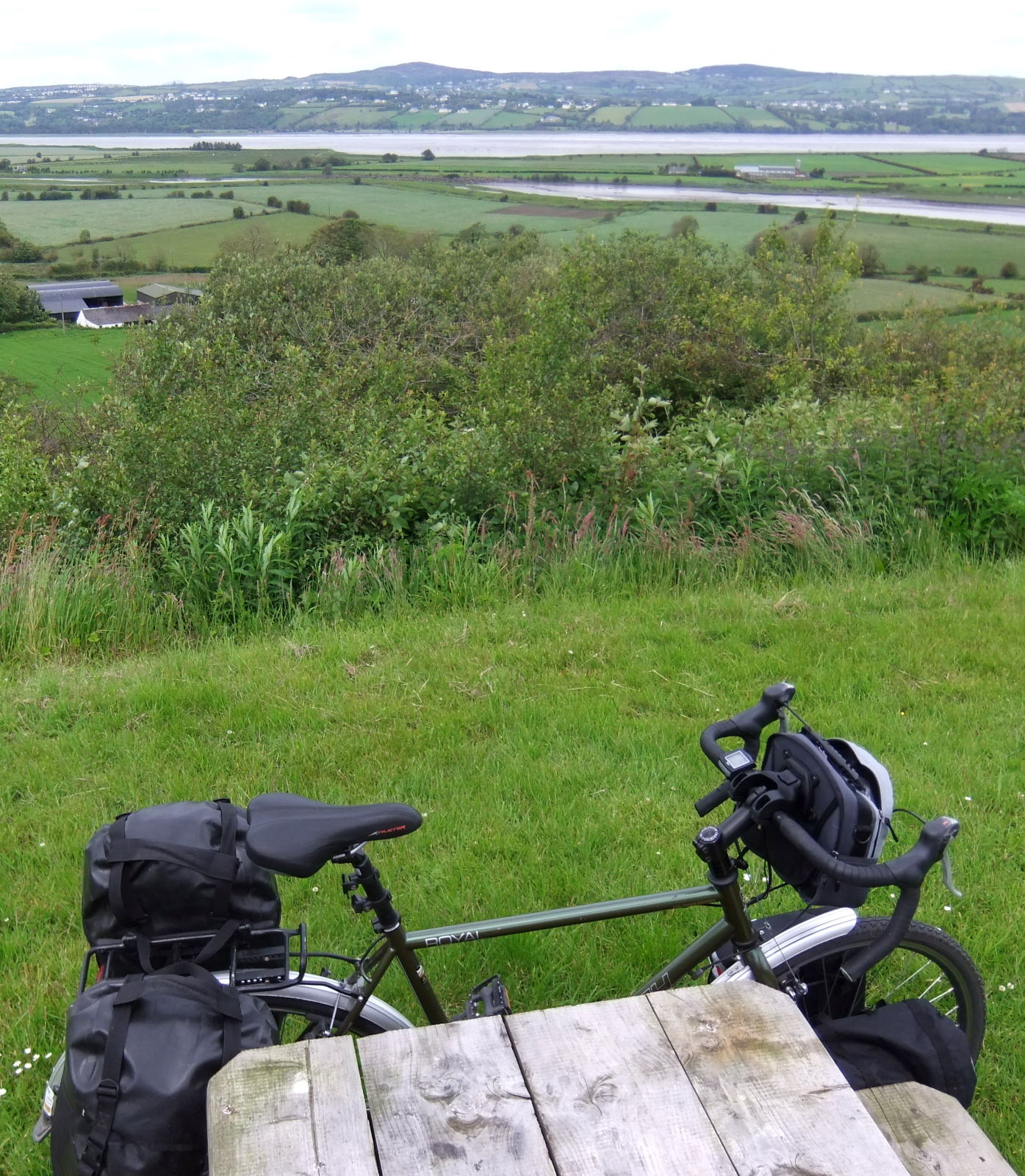 I had a nice lunch overlooking the Swilly estuary (pic) and arrived at Buncrana before three o’clock, with my 60 miles done feeling more like 80.

I found a cafe with wifi to research my next move. It didn’t take the whole cafetiere for me to make my decision. Heavy rain was forecast from 4pm for the rest of the day, so with Malin Head still 25 miles away, I would be staying here in Buncrana tonight in the outdoor centre’s hostel. 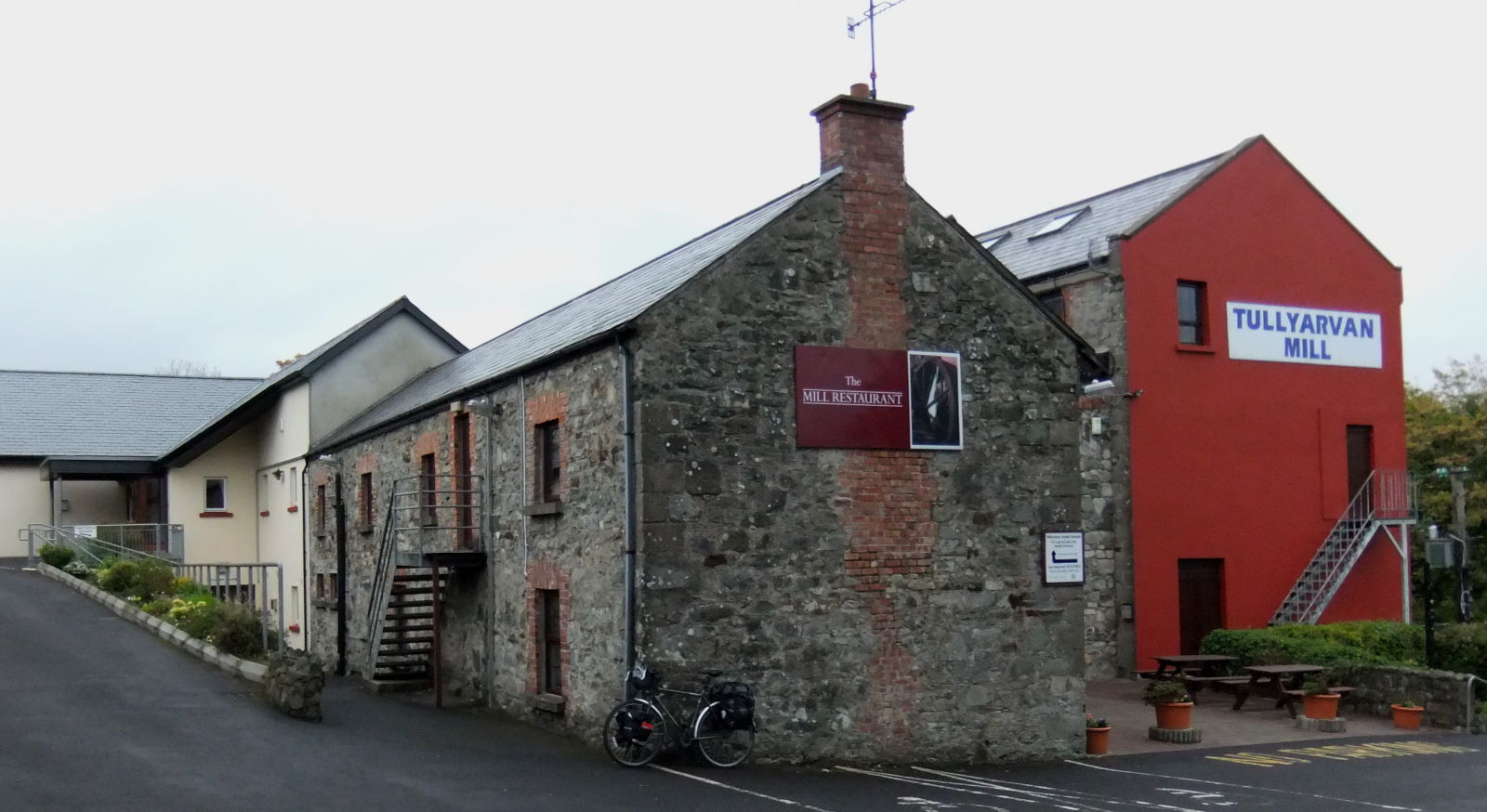 Result. As last night, I had the entire place (pic) to myself. Dorm 8’s ensuite, the kitchen and common room, were all mine.

I walked to the SuperValu to hunt and gather for dinner, pleased it was now raining steadily, as it confirmed the wisdom of my decision.

This may be where I’m happiest in life: after a good day’s ride, by myself in a hostel kitchen rustling up a spontaneous combination of pasta, onions, tomatoes, fish, herbs, spices and red wine. Only a splash of the latter though, of course, in the sauce.

Because I’d need the rest of the bottle to drink later on, to accompany more hurling on telly.