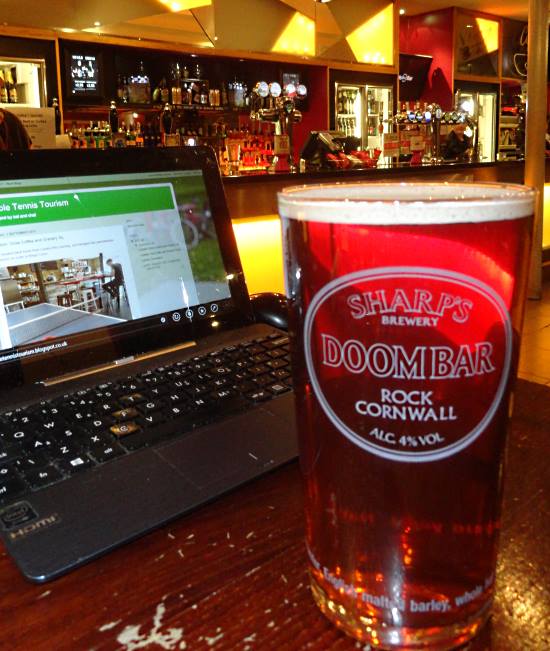 The obvious way to get to St Malo with a bike is on the ferry from Portsmouth. The place reminds me a lot of my native Hull, being a gritty town with an underachieving football team and overachieving criminals, but with the major plus of being a port, ie a fast getaway to anywhere else.

Portsmouth is not a place awash with disposable income if the Trafalgar is anything to go by – the Wetherspoon’s / Lloyd’s No 1 bar where I had a pre-ferry beer. A pint of Doom Bar (pic) is £1.49, and a plate of rather tasty cod and chips with mushy peas £2.99. Suddenly, Hull feels rather well-to-do: ‘Spoons pints cost over two quid there. 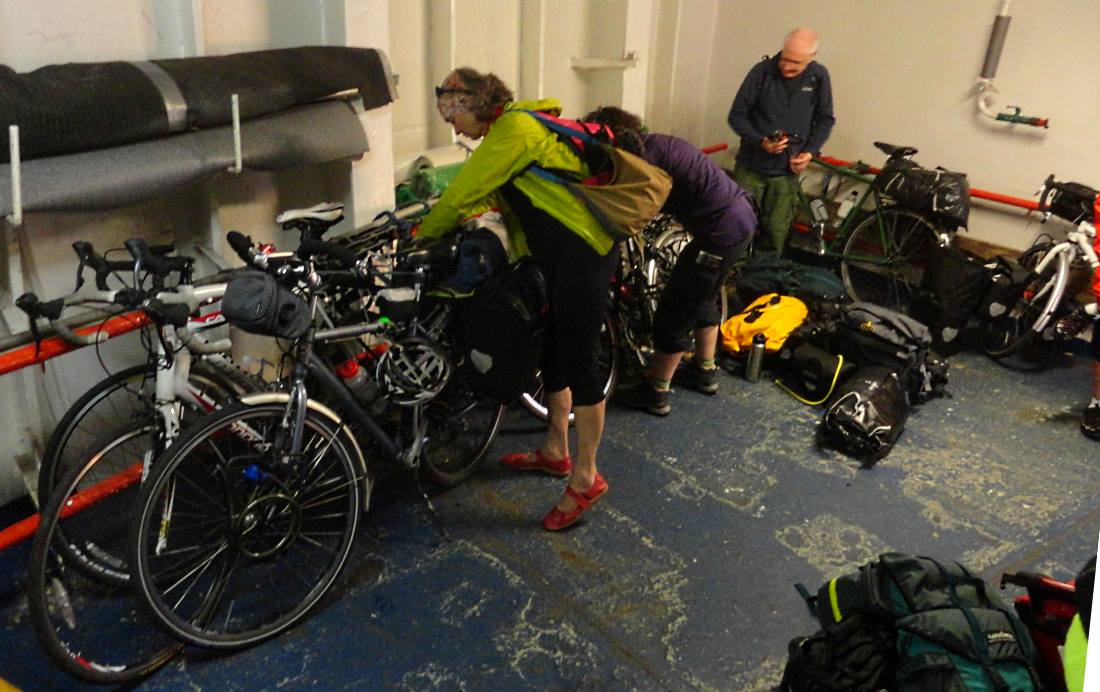 Anyway, I’m clearly not the only one with the idea of biking this route around now, to judge by the queue of cyclists filling up Brittany Ferries’ onboard bike shed (pic). 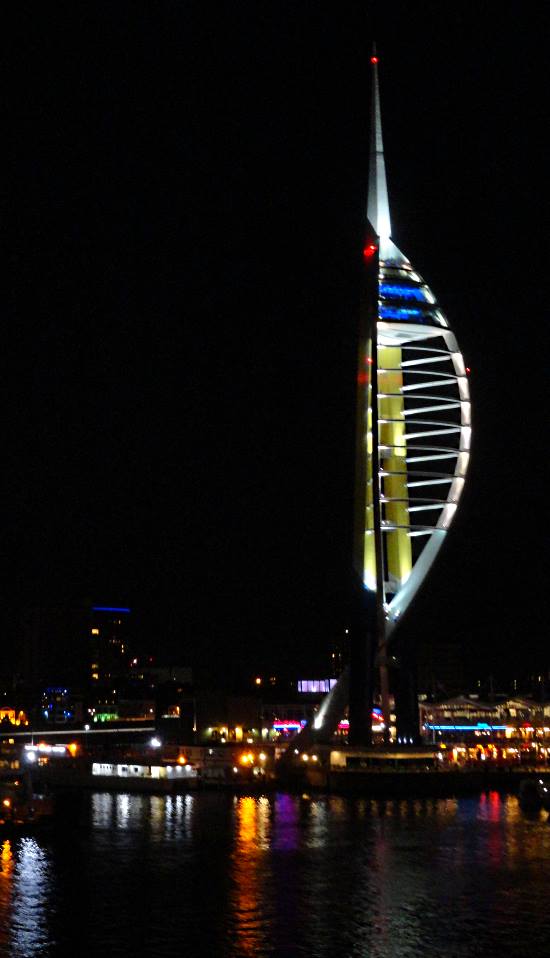 The ferry glided grandly out past the Spinnaker Tower (pic), showing Portsmouth and harbour at its most flattering: as dark as possible.

Ah, Pompeyites, only joking. Actually, the locals were friendly. For instance, I was a little concerned with Portsmouth’s reputation for nicking stuff, and had the story of world cycle tourer supreme Heinz Stücke in my mind: in 2006, having survived intact in over 150 countries, he had his bike stolen here.

But people outside the Trafalgar pub were very helpful at suggesting places where I should park my bike to make it less likely to be stolen. London, for example.