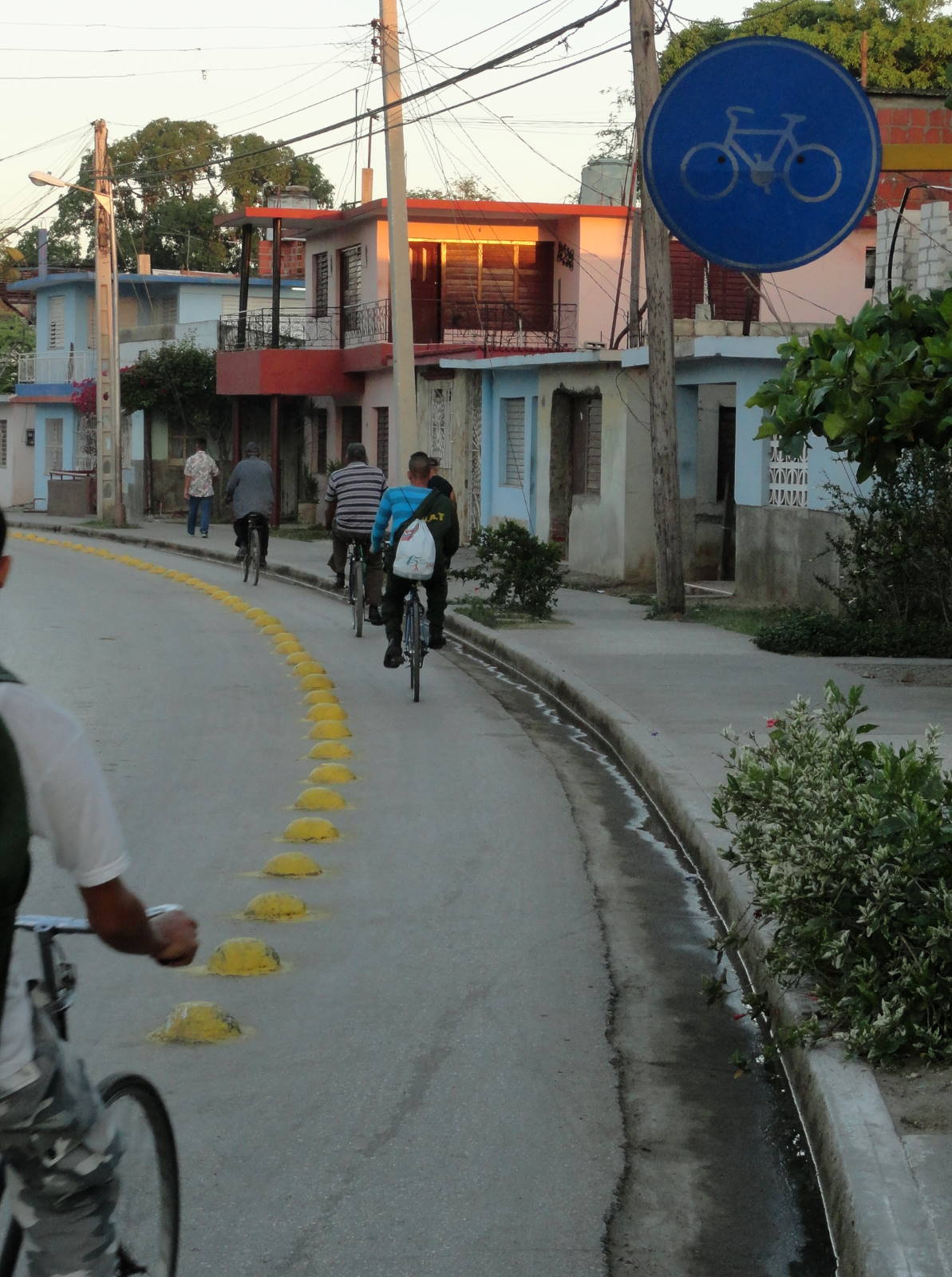 A big-mileage day today, thanks to yesterday’s rest day, flat smooth empty roads, and a generous tailwind. And copious snacks and drinks from roadside kiosks.

The dawn suburbs (pic) gave way to an untrafficked country lane, aka the main trans-national highway. Two sunny, warm hours or so out, just as I was getting hungry, was the rural Cuban equivalent of motorway services: a smiley little restaurant-cafe place by the side of the road.

In a country with scant internet provision, ‘spam’ is still something you get in sandwiches.

I had two of them, fresh and tasty, plus coffee, a refresco, and a soya yogurt, all for 13 pesos. 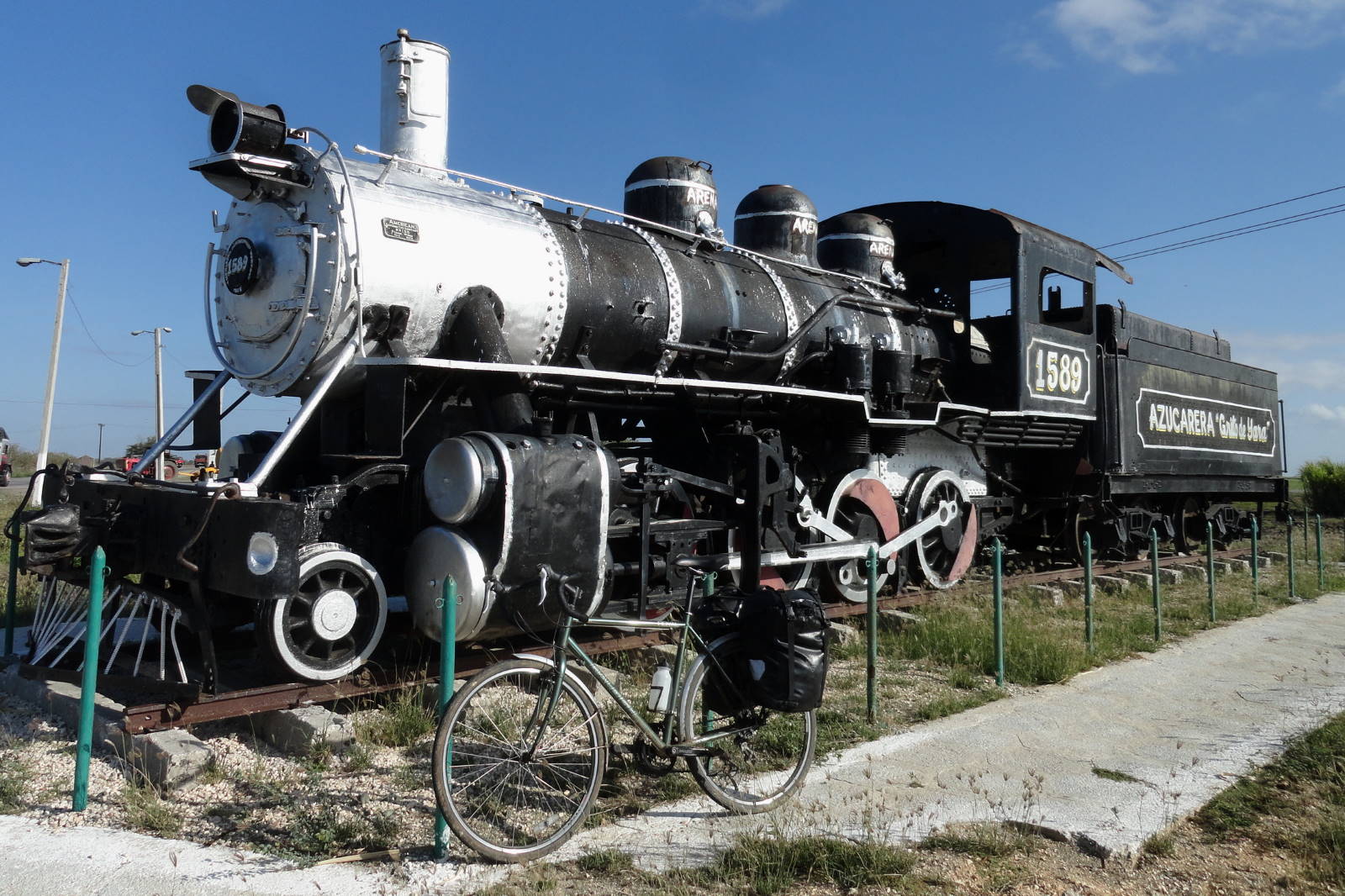 More uneventful, but pleasant, flat cycling – punctuated by kiosk batidos in various options of fresh fruit, and a bizarre stranded train (pic) – got me to Las Tunas before noon. 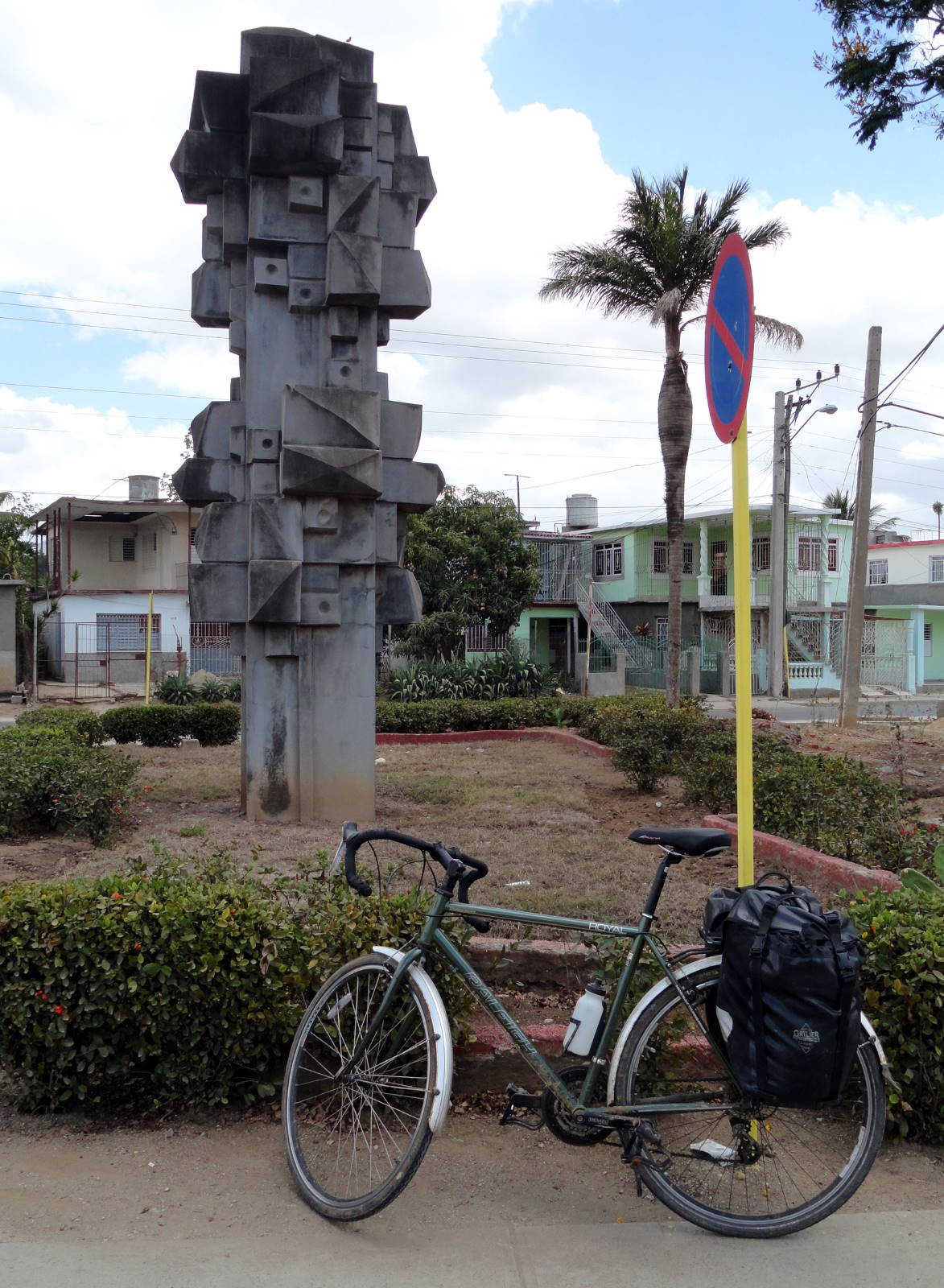 I’d planned to stay here: it has some handsome archtecture and a lot of public sculptures (pic). They reminded me of the artworks you find on Sustrans routes, because I usually don’t know what they’re all about either.

However, cycling conditions were perfect, the internet was down in the internet cafe, and there was a psychologically curious reluctance to stay in a place that made me think of canned fish, so I carried on.

I began to tire in the heat for the last few km, but on the border of Las Tunas and Camagüey provinces, a friendly old lady at her stall sold me a couple of delicious fried fish rolls for 5 pesos and another fortifying coffee.

Guáimaro was a reassuringly compact and simple one-street town boasting a casa highly recommended by the guidebook. It was lovely, a room with terrace overlooking a sportsground, just $20 including breakfast. I showered gratefully – no doubt my sociable hosts were grateful too – did my usual day-end wash, hung out the laundry on the balcony, and set out to walk the town. 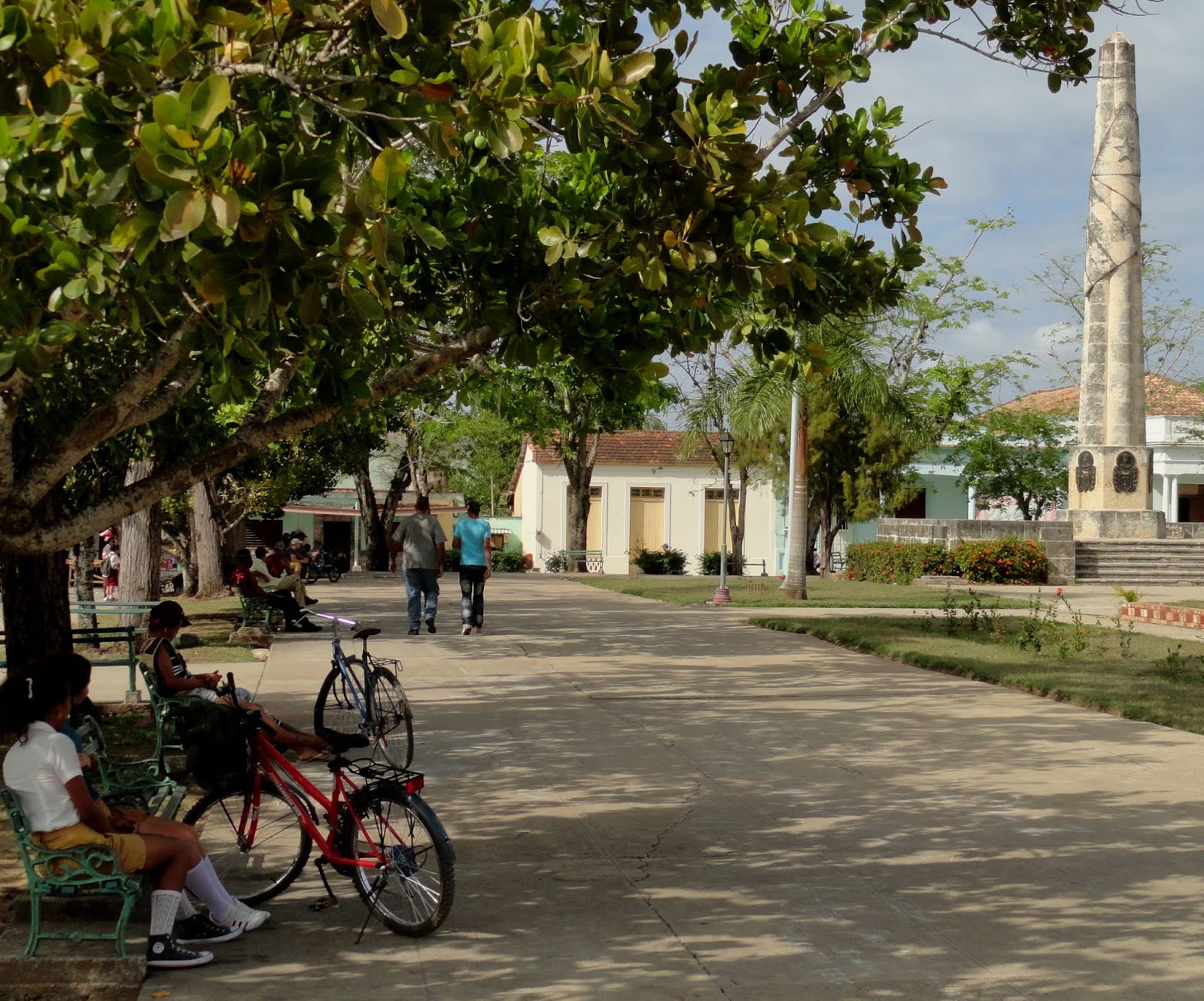 It didn’t take long. The main square (pic) had a bit of history, being the site of Cuba’s declaration of independence in 1868. A sound system was blasting out music – a frequent feature of public squares – and encouraging people to come along to a fiesta later on, though I was too tired for that.

Dinner was a pleasant if basic sausagey pasta from a friendly pavement restaurant (6 pesos; such figures cheer me up enormously) and a couple of beers new to me: Tínima, from the brewery in Camagüey up the road. It posed no major health hazard as such, but this was no hoppy West Coast IPA – more a tinny lager with a dash of sugarcane juice. I ordered another just to confirm my impressions.

I chatted with a guy watching the baseball game on telly (Isla de la Juventud beat Ciego d’Ávila in extra time) failing outright to explain the LBW law in cricket. My cafe Spanish may be great, but I struggled with translating ‘if the ball pitches outside the off stump, and hits the pad outside the off stump, and would have hit the wicket, then it’s only out if the batsman played no stroke’.

Back in my lovely room there was more baseball on the telly, which pleased me. Because it sent me firmly off to sleep within minutes.