There was little point towelling myself off after my morning shower. Thanks to the hostel’s lack of a drying room and indeed heating, I immediately got wet through again putting on my sodden clothes from yesterday.

My locally-sourced breakfast was very satisfying though. Grilled mushrooms, dark and woodsily pungent. Lovely sweet strawberries, small and juicy, not those big white apple-sized ones, devoid of taste, beloved of supermarkets. Clotted cream that you could stand a spoon in, or just stand in.

The icing on the cake should have been the bakery cottage loaf, but it didn’t quite cut the mustard – it was floury and dry, so I toasted it. 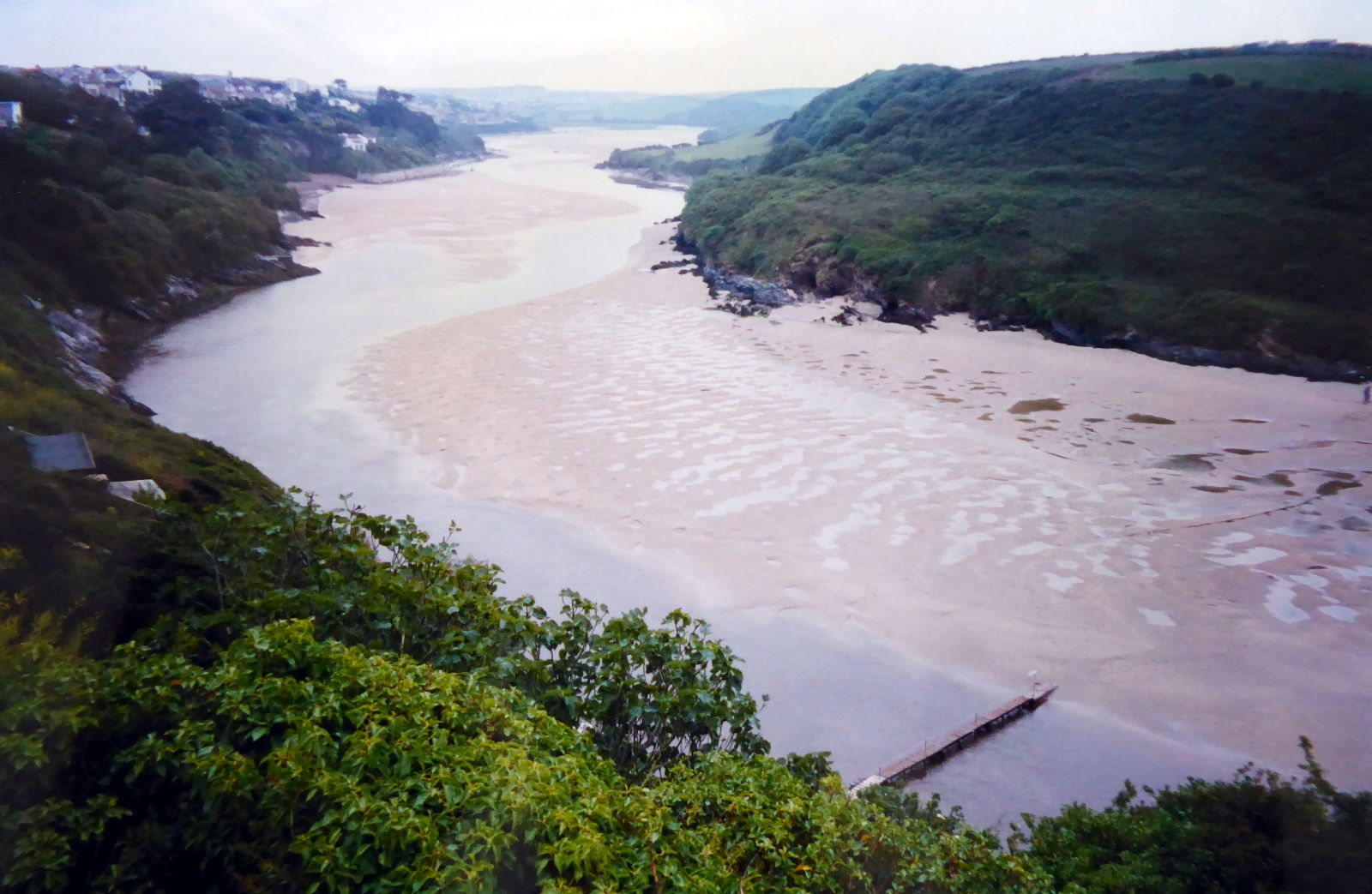 While not the torrential rain of yesterday, it was still grey, drizzly and pretty miserable. From Crantock to Newquay, a little ferry runs across the estuary (pic) in summer, but it evidently wasn’t summery enough yet, and I couldn’t find any evidence of a boat. 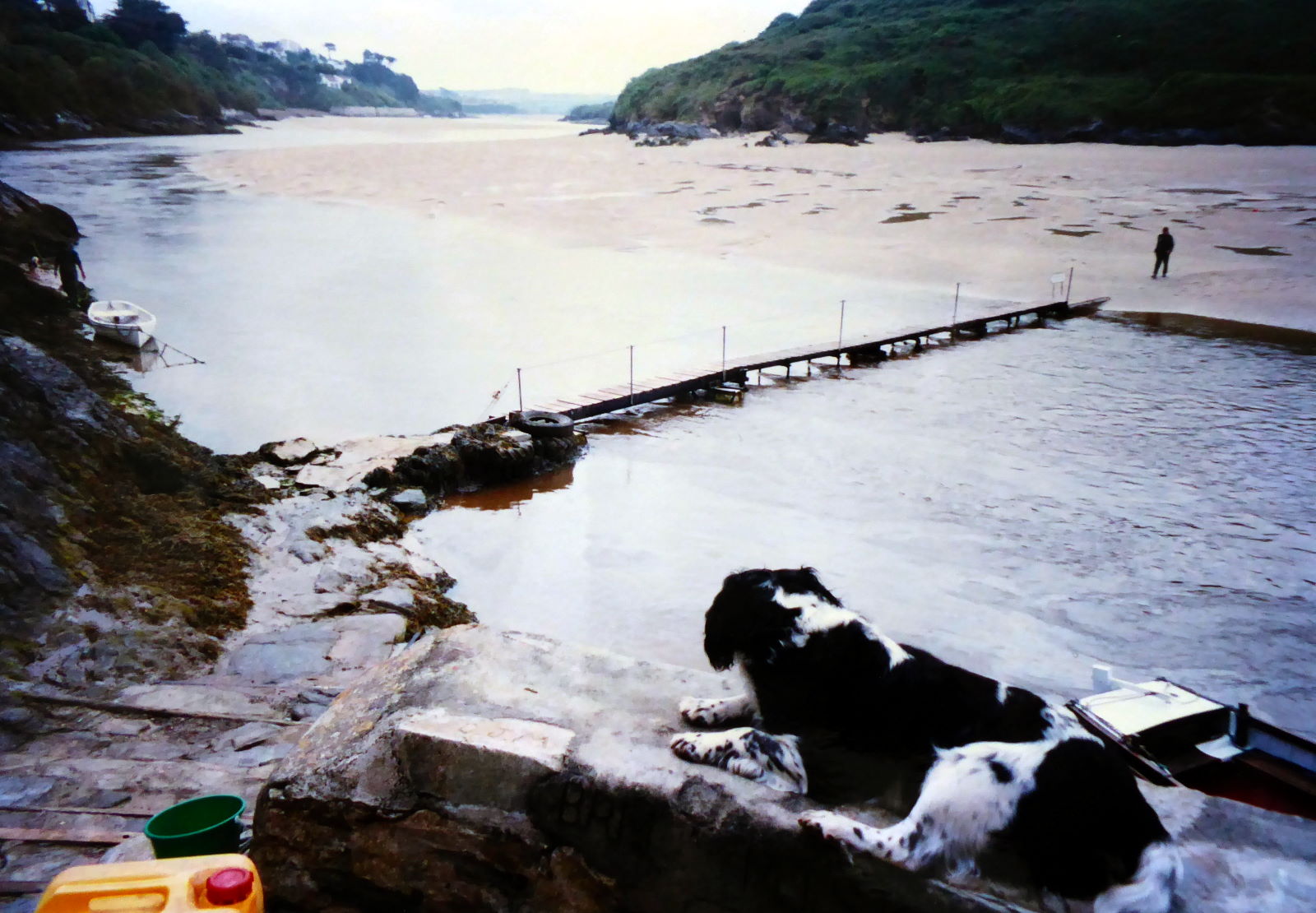 I had to lug my bike down to the riverside, squidge through mud and sand, cross the bridge and haul it all back up the steps on the other side (pic): 169 of them, a fisherman cheerily informed me.
My on-the-road snack was a Cornish pasty somewhere round Newquay, my first real local one instead of a plastic-wrapped Ginster’s. This one had pound-coin sized chunks of succulent swede and potato, and shreds of tenderised, peppery meat that were almost tasty. It was comfortably above railway-concourse standard, but this is enough authenticity for me. I won’t be rushing down a mine to have a half-meat, half-jam chimera the ’proper’ way.

The pasty had a few flecks of something, like damp bits of cotton wool. Some of them had streaks of colour. One of them appeared to have the Ordnance Survey map symbol for a church without a spire.

Then I realised why. My OS Landranger 203, Land’s End and Isles of Scilly, had been at the bottom of my pannier. A non-waterproof pannier, which had been lashed by rain all yesterday. I would now have to navigate to Padstow using a ball of papier mâché, whose crucial bits had somehow migrated into the pasty. 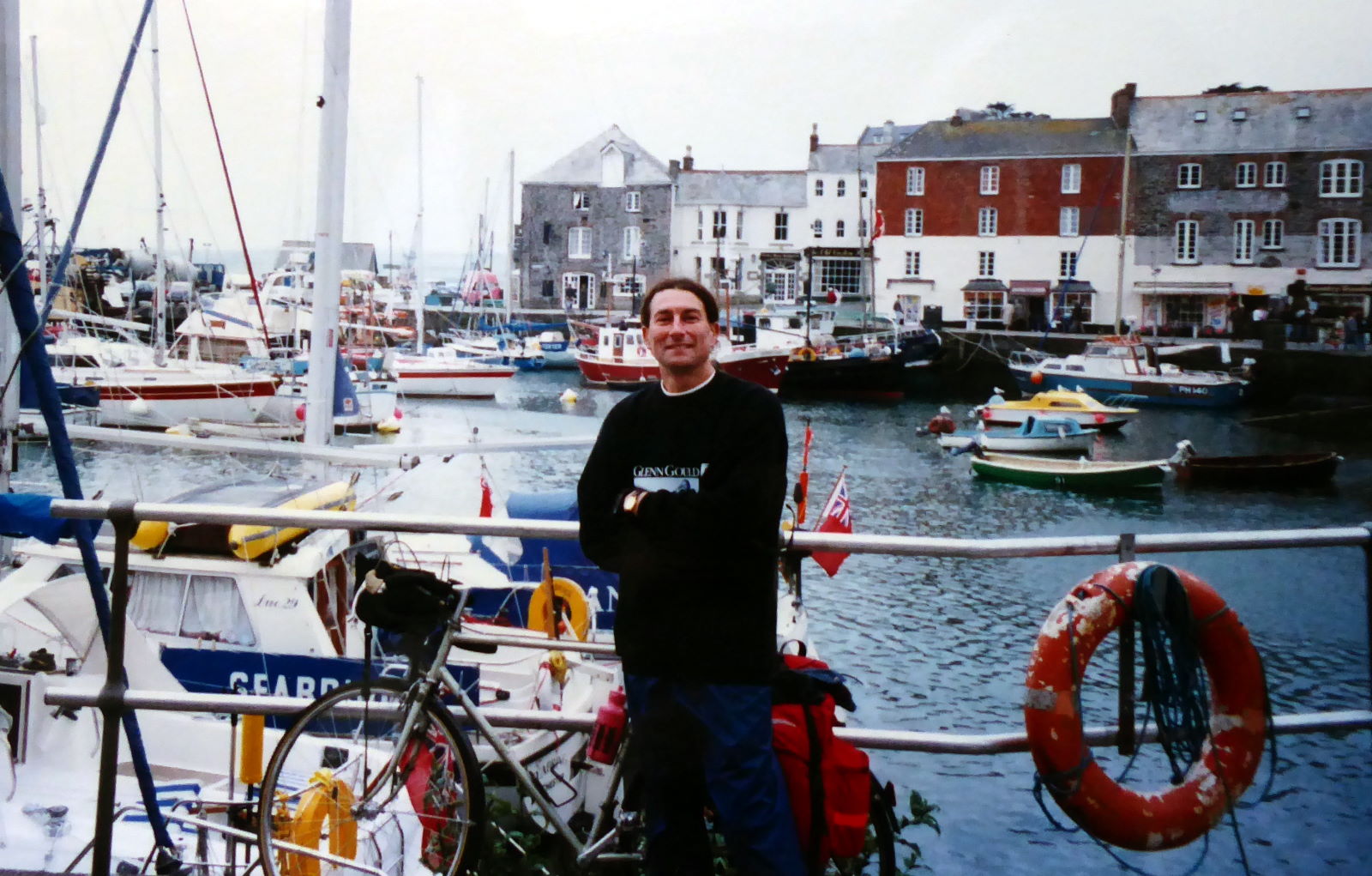 I got to Padstow (pic) and it started to rain. I sat out a two-hour deluge over lunch in a pub.

It was sunny in Birmingham, where England were unusually in charge against Australia in the Ashes test: we’d hustled them out for 110 yesterday and now Nasser Hussain and Graham Thorpe were running riot with the bat.

I watched it all on the pub telly with a pint, along with some glum Aussies whose surfing at Newquay had been stymied by the weather and who now had to endure this too. I wasn’t smug about this rare taste of superiority.

No local beer this time – the lowest alcohol-miles score was, I adjudged, for the Wadworth’s 6X – but I had some very tasty pan-fried cod, caught round the corner at Trevose Head, and a baked spud which I was assured had never owned a passport. 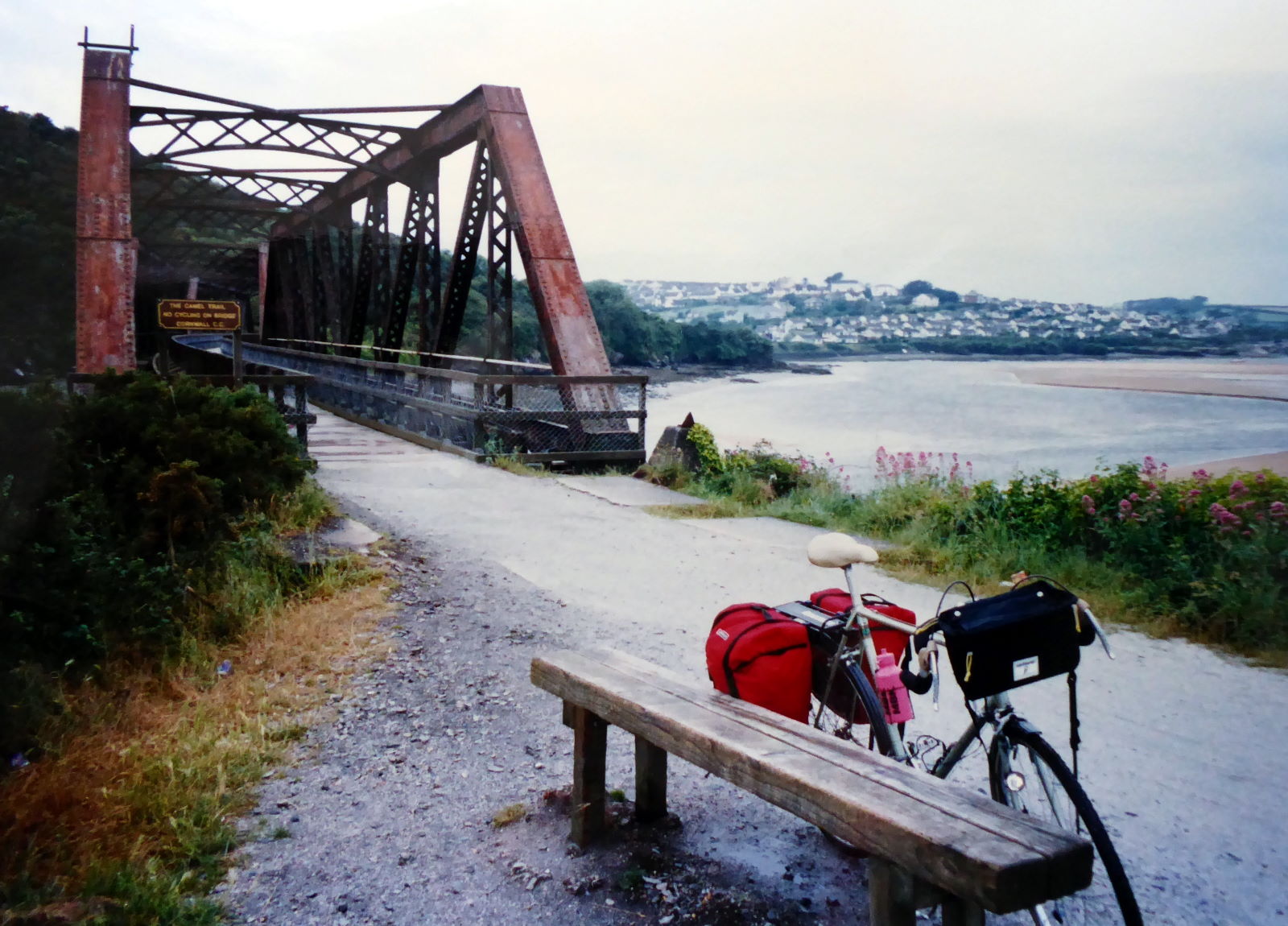 Eventually the rain stopped (having apparently moved to the West Midlands, where it stopped play instead). I got back on the bike and headed along the Camel Trail, one of Britain’s most picturesque cycle paths, running alongside the estuary to Wadebridge (pic).

I followed the Trail inland, through damp riverside woods, to Blisland, and found a place to snack on the regional cheeses I’d bought at Rick Stein’s deli in Padstow.

I liked the Yarg, which I’d assumed was one of those weirdly-named Cornish saints like Blazey or Ive or Austell, but actually was ‘Gray’ – the family name of the makers – backwards. Good job they weren’t called Ezra.

Anyway, the Yarg was gorgeous: mellow, soft, rich, and not crumbly, though wasn’t sure I could taste the promised grass and honey. I contrasted it with Green Goat’s Cheese – I’d be tempted to put a hyphen between the last two words for clarity – which was not at all goatily acrid, but pleasantly like soft white clay, which seemed appropriate for the area’s mining history.

I rode across the remote-feeling Bodmin Moor and got to Camelford. With the cold, wet debacle of yesterday’s hostel in mind, I got a nice, warm, dry B&B, and enjoyed the cricket highlights on telly.

Like the remaining Cornish cheese I had for my supper, Ashes revenge is a dish best served cold.