Day 2 of the River Nidd ride featured the world’s first unicycle, Yorkshire trompe l’œuil, my namesake’s cave home, the UK’s tallest maypole, and the slightly flooded end of the ride at the mouth into the Ouse. 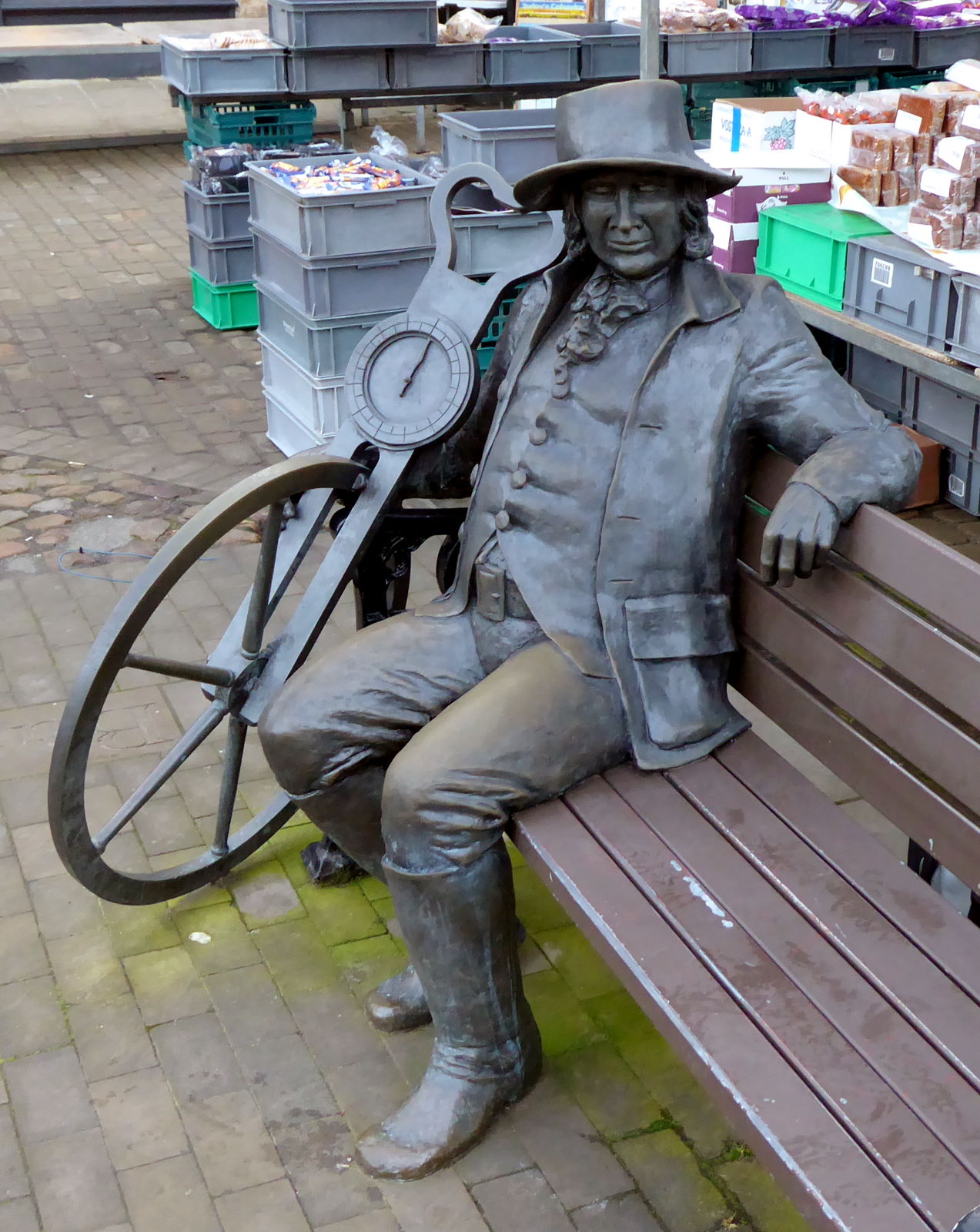 Resuming at Knaresborough railway station, I made my way into the main square.

A monument there (pic) celebrates the town’s most famous son, Blind Jack of Knaresborough.

Sight loss notwithstanding, Jack was an expert fiddler and road-builder – that elusive combination of skills – but on the evidence of this apparently also devised the world’s first unicycle, complete with a massive speedometer. 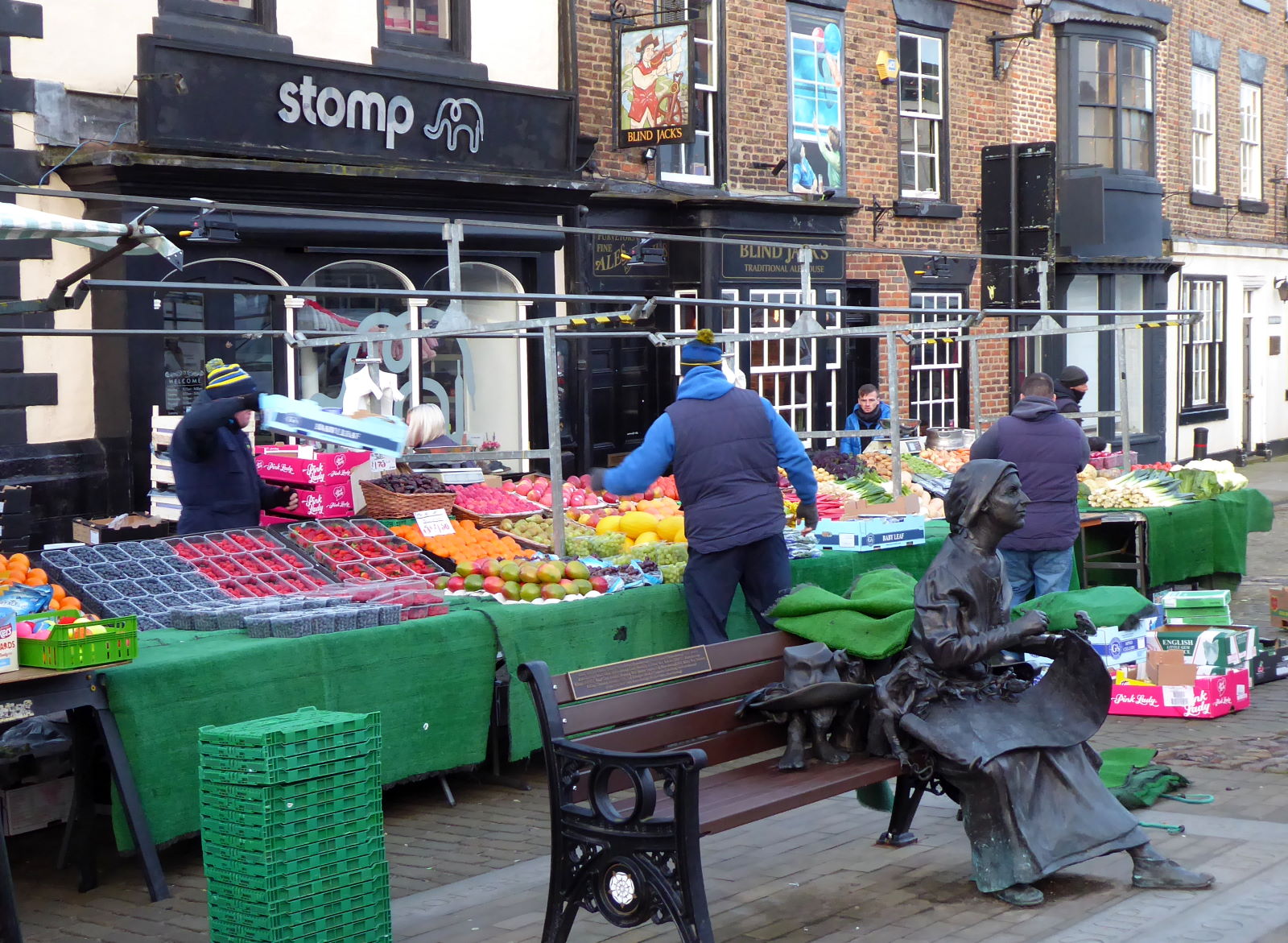 It was market day, and stalls were being set out (pic). Fruit was being arranged, vegetables stacked, and apostrophes prepared for misapplication. That statue is of alleged prophetess of doom Mother Shipton, the town’s most famous daughter. A notable feature of Knaresborough, apart from its chessboard-pattern houses, is its trompe l’œuil windows (pic). And here, meta-trompe-l’œuil, oh, very clever. Housepainting in the 1970s evidently had a different approach to Health & Safety. 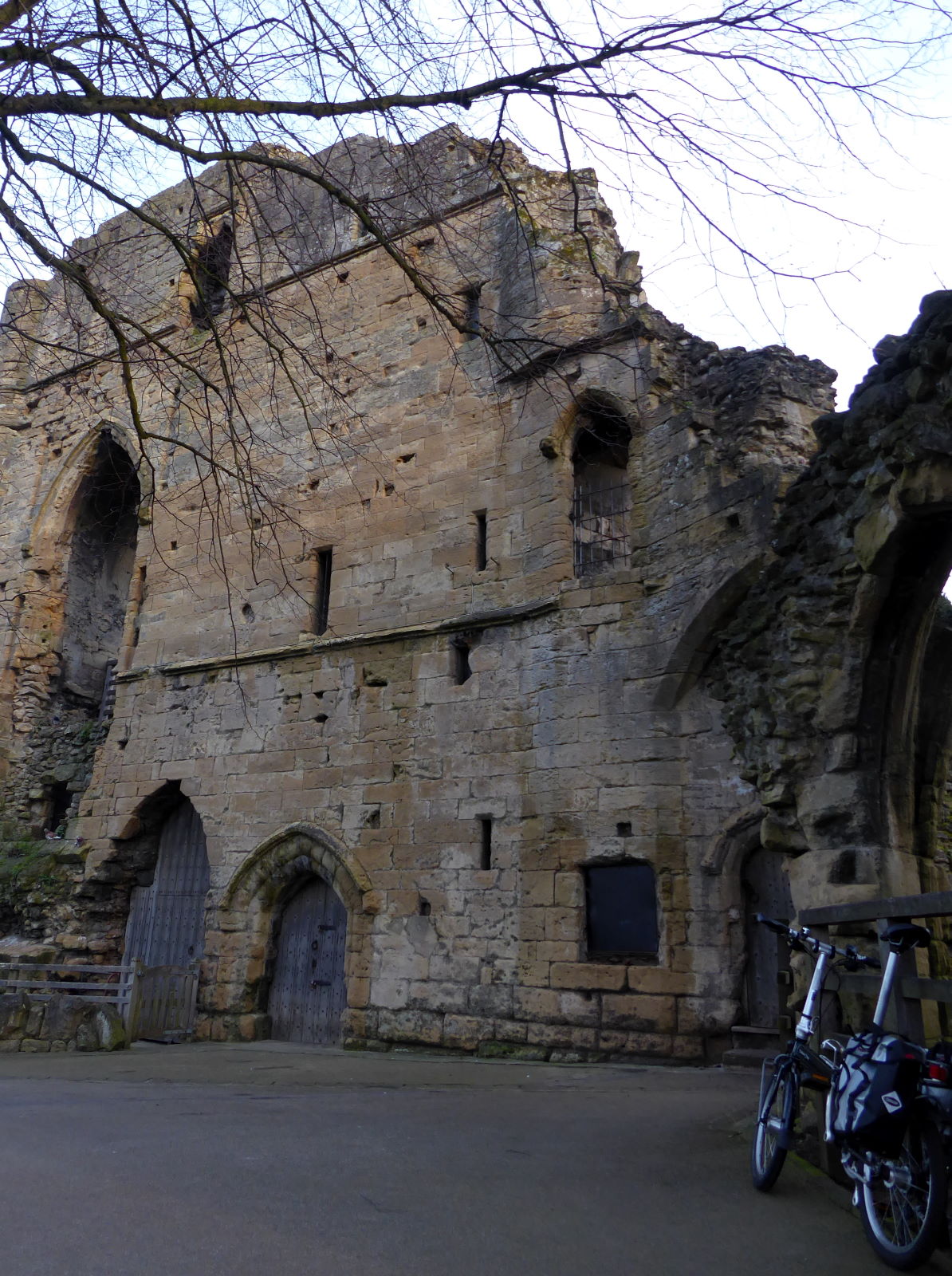 It was still early – just gone seven – and I had the castle to myself (pic). Which meant I had no qualms about cycling around it.

Where was everyone else? Self-isolating, perhaps.

The view from the castle rock is pretty spectacular… (pic) 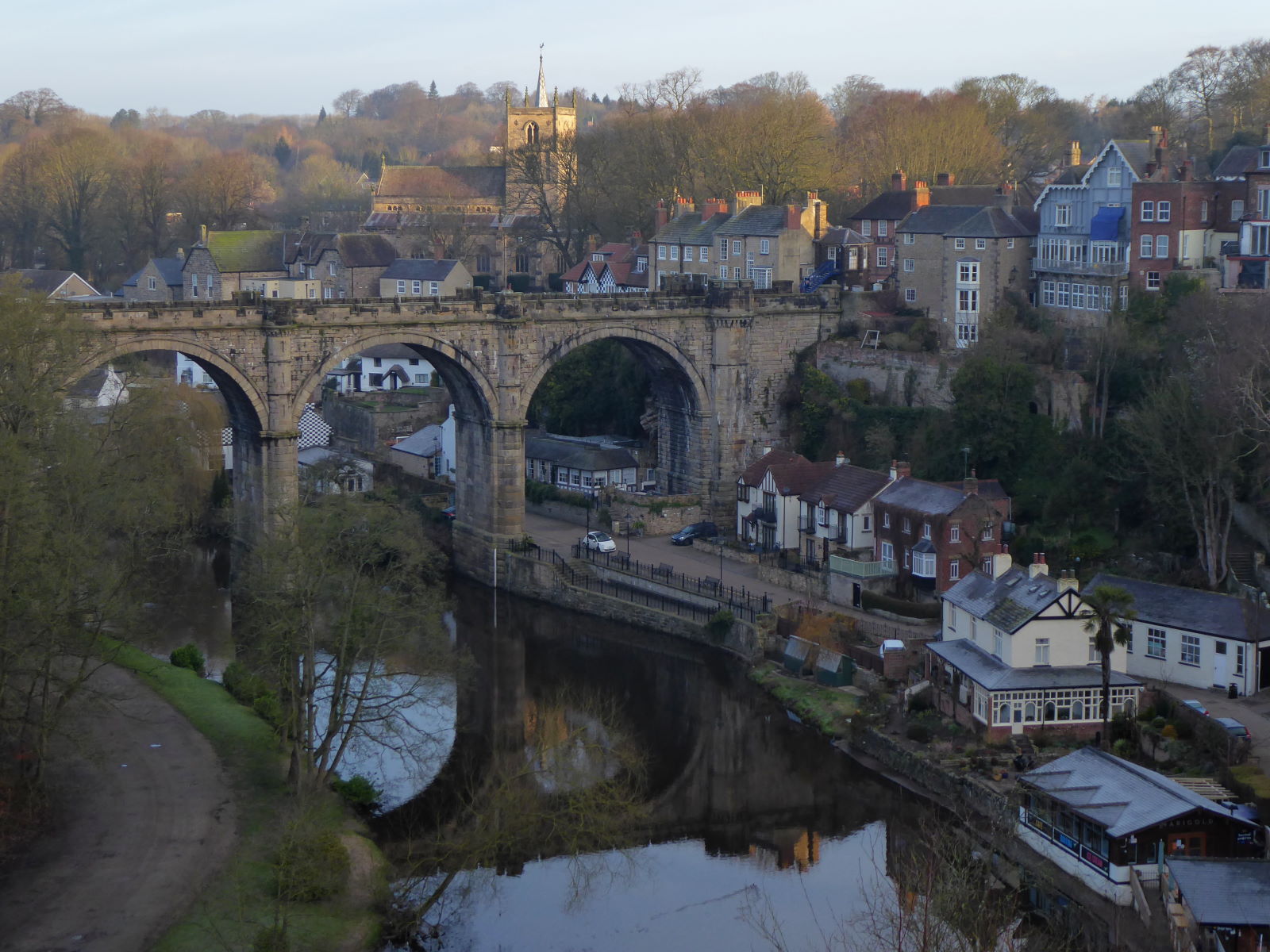 …and shows off the magnificent railway viaduct (pic). It was built in 1848, replacing the previous effort which collapsed that year. Several thousands of fish died, and several dozen lawyers thrived on the ensuing legal action. 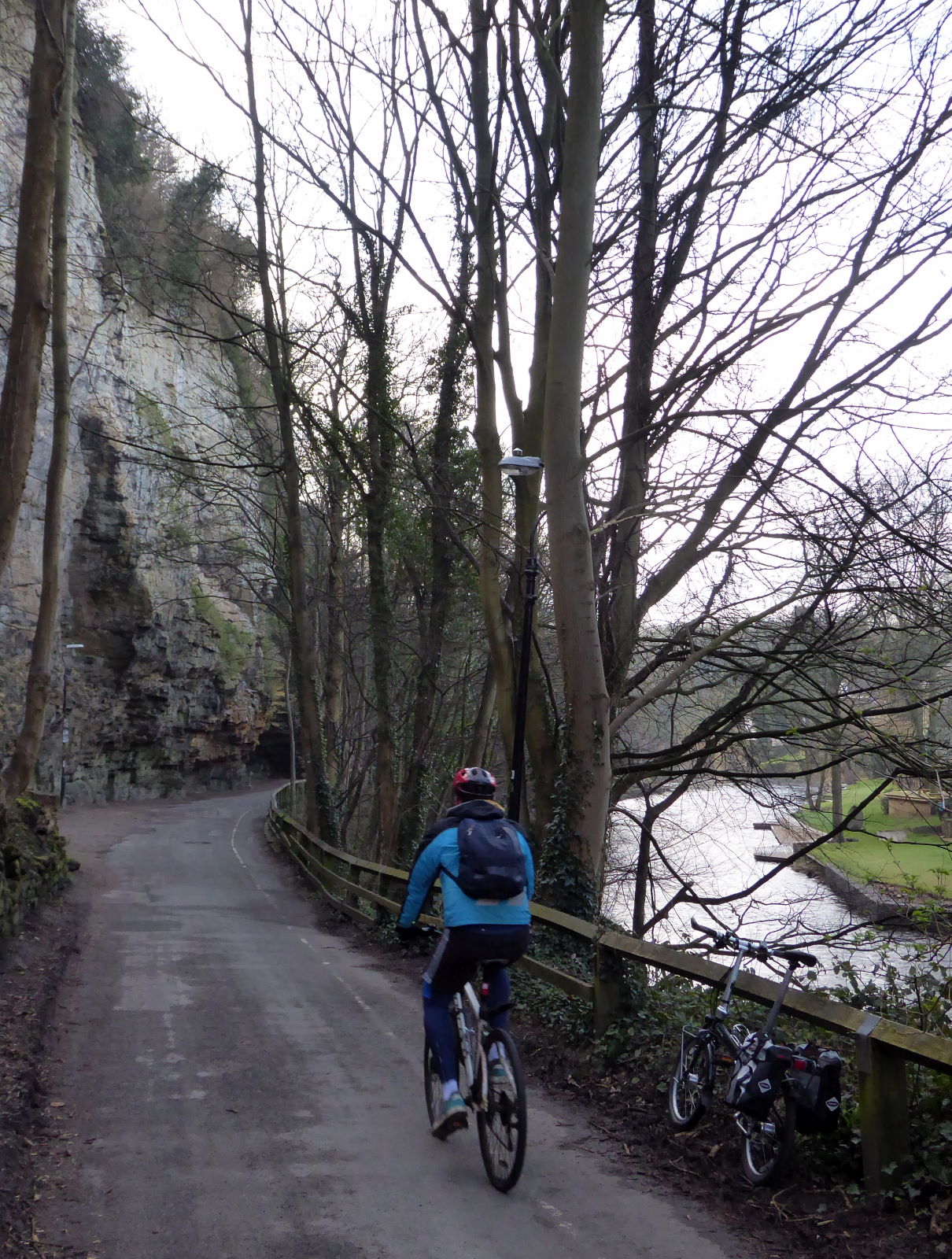 The stretch from here through town east alongside the Nidd is super.

I followed the lane along with other cyclists (pic) around the hulking cliffs which, reassuringly, are protected from rockfalls by wire cages. 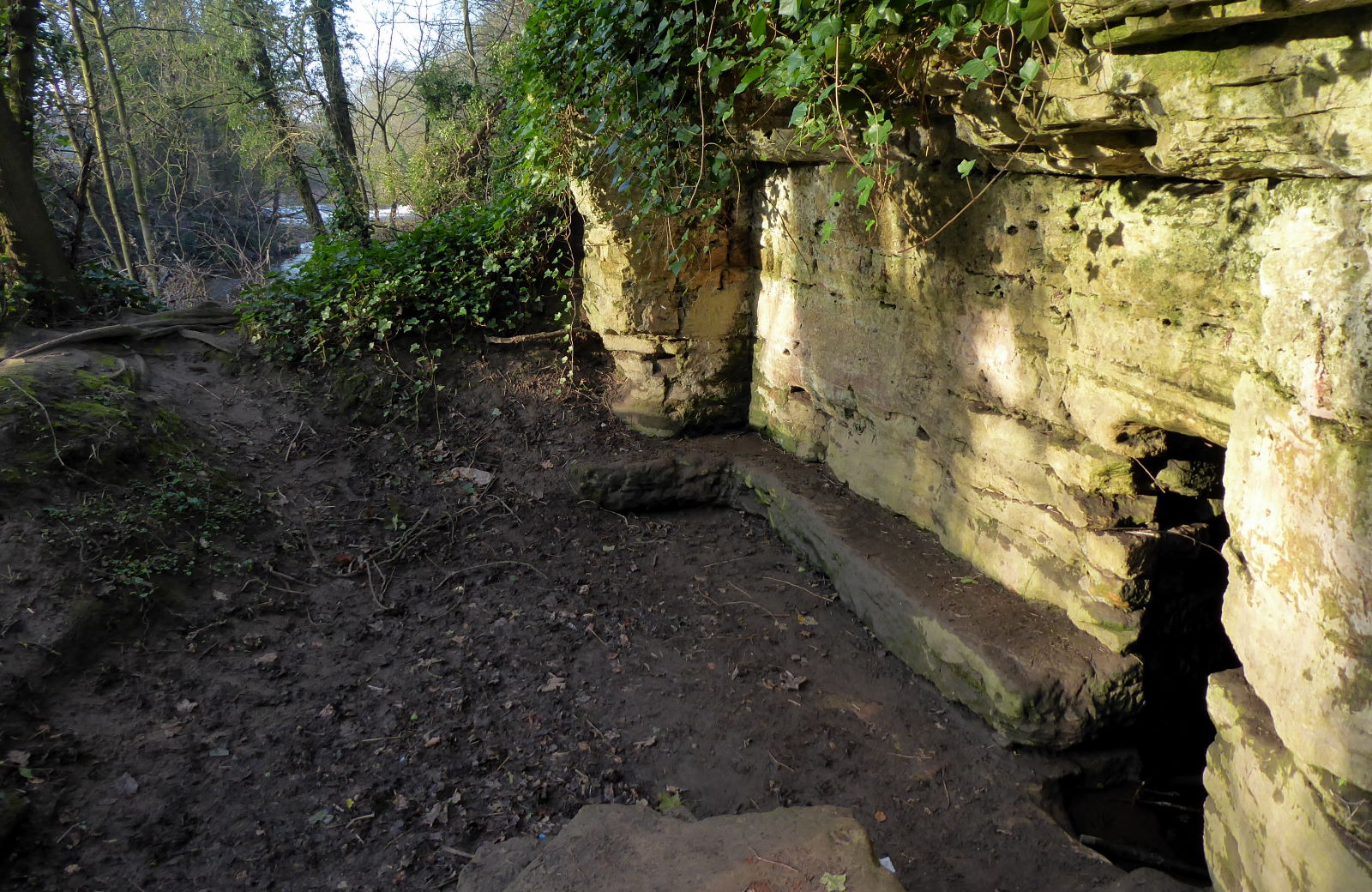 At the north end of town, by the riverside, is St Robert’s Cave (pic), named after the 12th-century hermit and wise man who lived here. He had no children, didn’t live in a building, didn’t burn fossil fuels, ate only what he could forage and bathed in the cold muddy waters of the river, so was clearly a role model for sustainability. 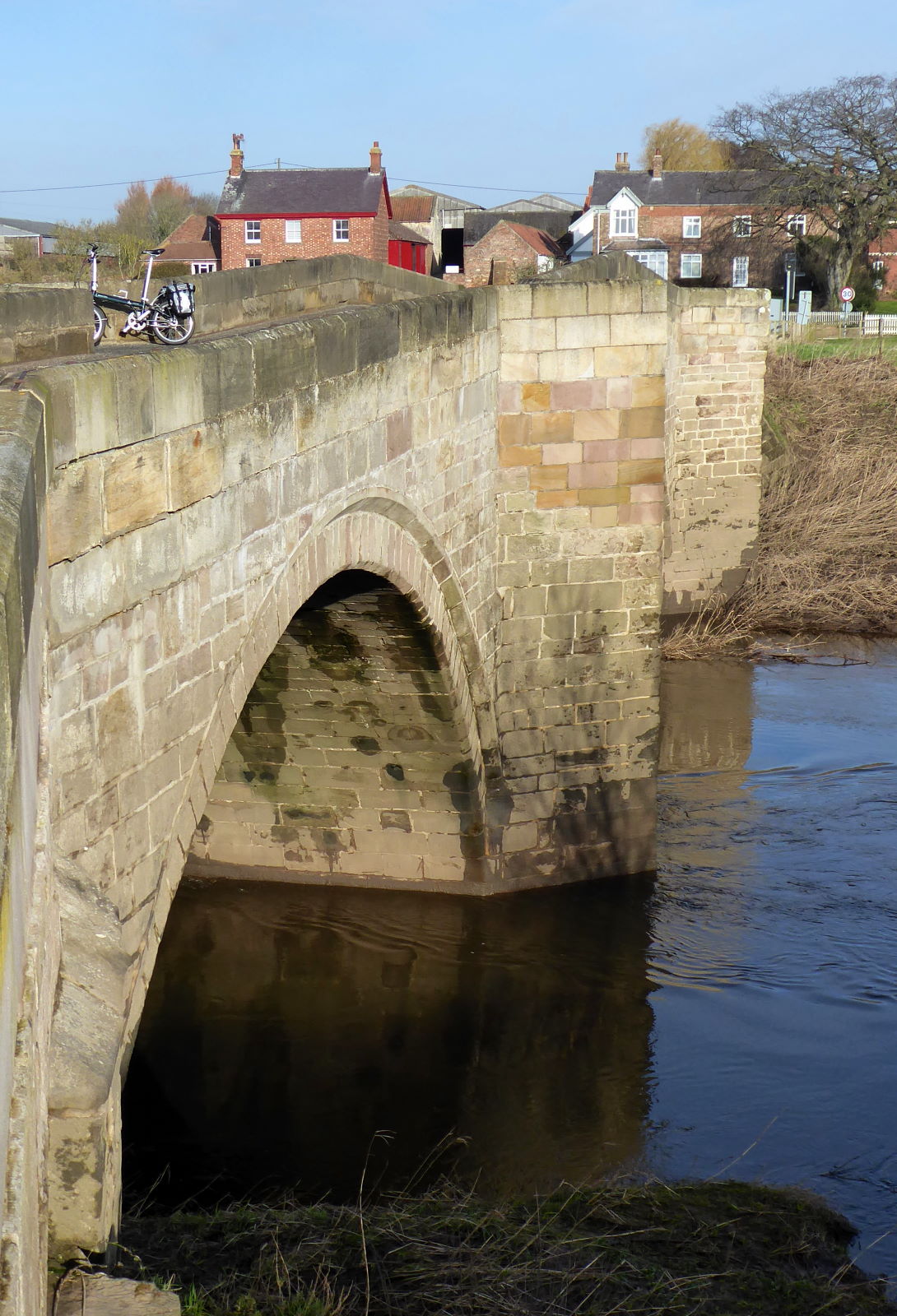 From here the Nidd, as if confused by the flatpack farmland, starts to meander wildly on its final stretch towards the Ouse.

The road, more certain of where it’s going, cracks on in straight lines, so I made good progress in the pleasant morning sun to Cattal’s pleasant but narrow bridge (pic). 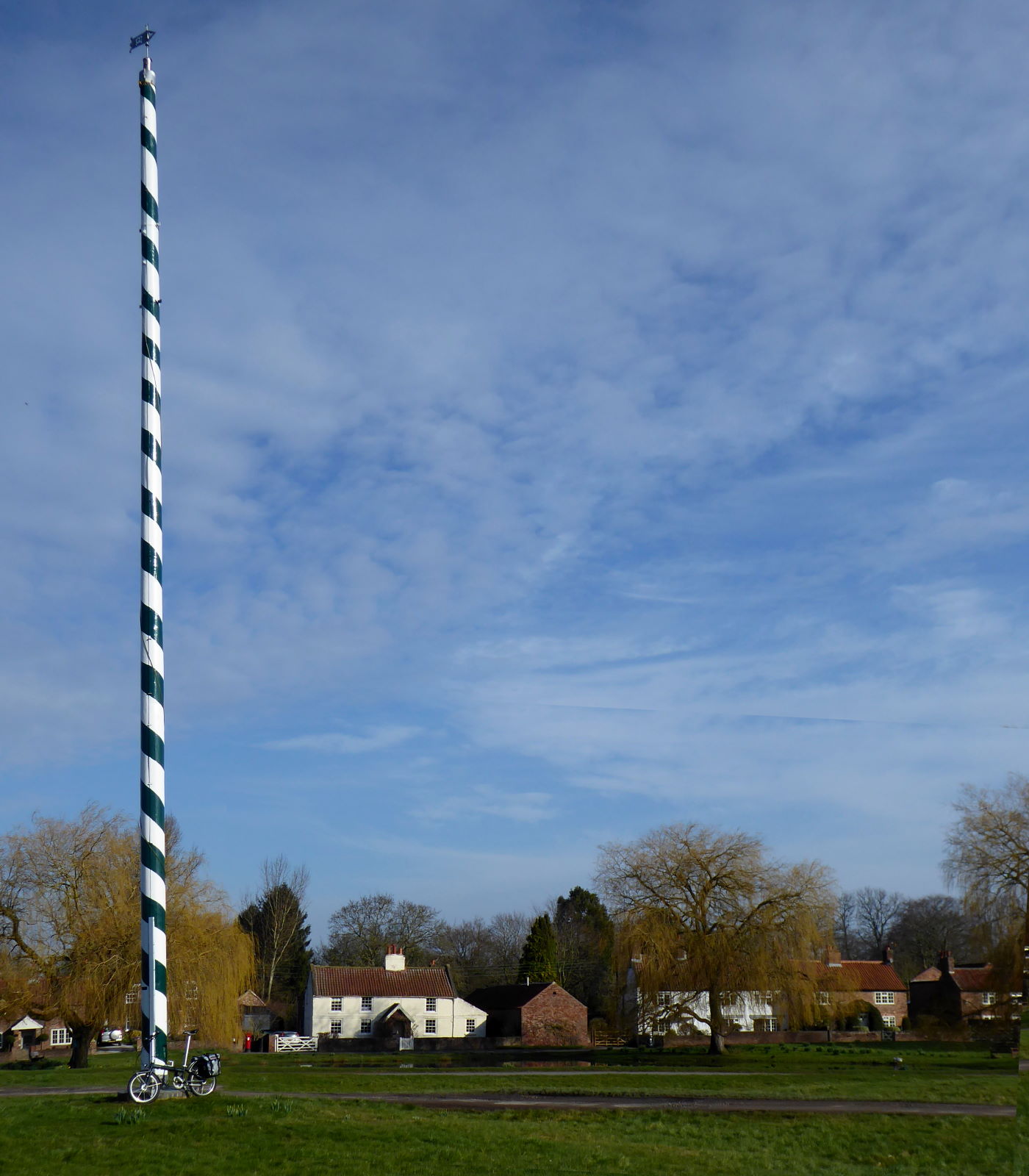 The Nidd is last seen at Nun Monkton, which I’ve blogged about before: proud owner of perhaps Britain’s smallest ferry and certainly tallest maypole (pic). 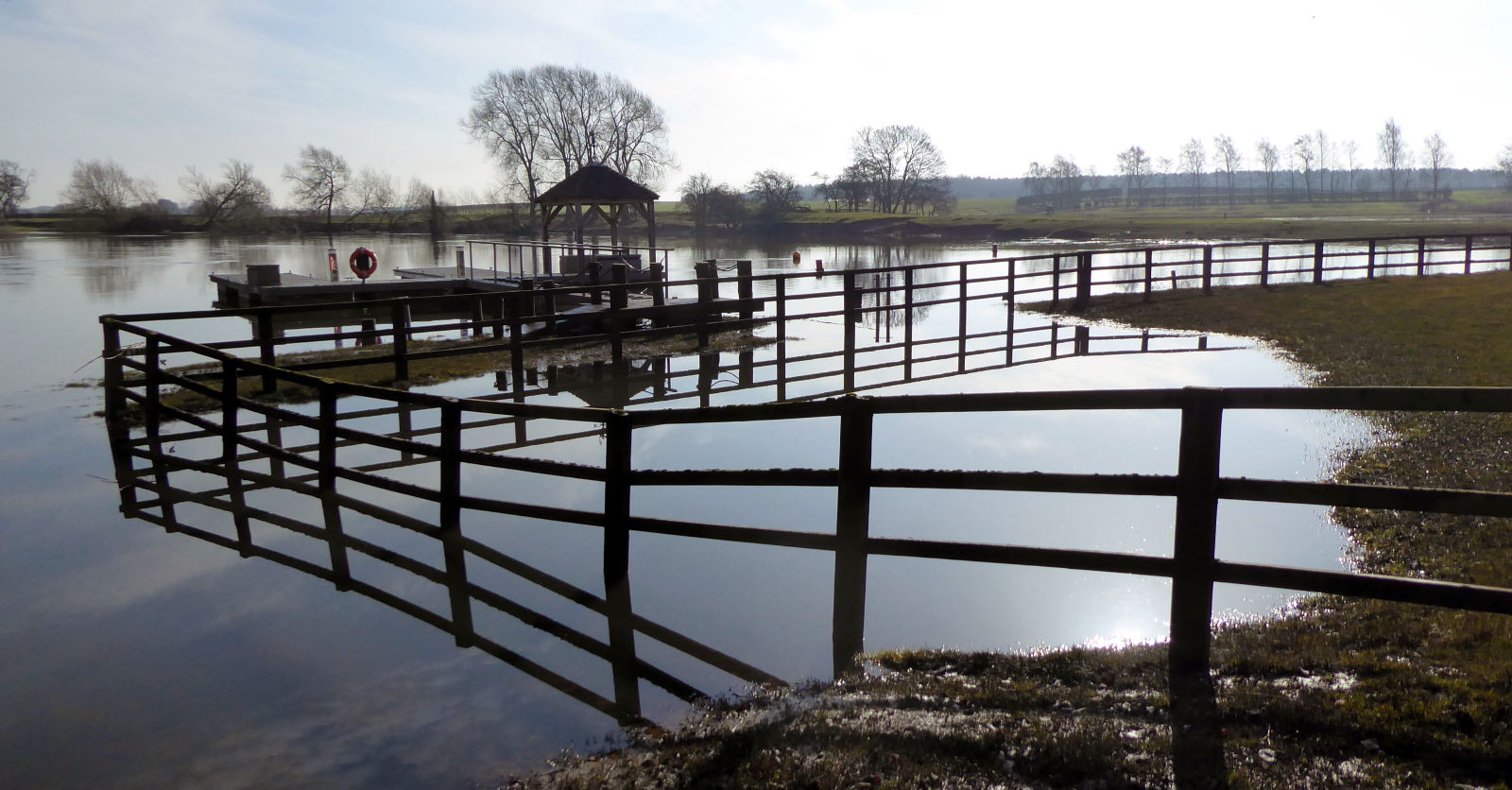 Here is where the Nidd ends (pic): joining the Ouse from the right, opposite the grounds of Beningborough Hall, a few miles north of York. The waters had subsided after the weeks of flooding, but were still high – that’s the ferry landing stage, clearly out of action.

This panorama (pic) was my final view of the Nidd. I zipped back to Hammerton to get a train home, abstemiously by-passing the Alice Hawthorn pub in the village. Mind you, it was still only ten o’clock, so it wasn’t actually open yet.