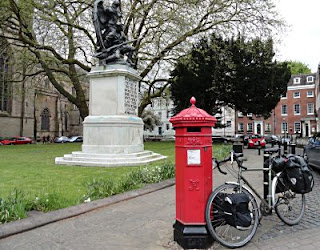 What could be more English – on an English End to End – than a visit to Worcester (picture), home of the quintessential English composer, Edward Elgar?

Well, lots of things I suppose, such as rail replacement buses or bad kebabs, but this scored very highly on the English scale.

Elgar was, of course, a keen cyclist, but I didn’t have time to retrace any of his countless bike tours round here. But I did pay homage to his father’s music shop, where young Ted taught himself to play many orchestral instruments. It’s now a branch of H&M. 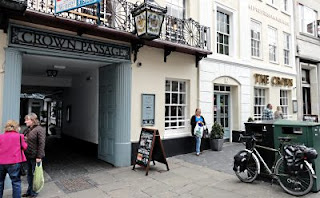 And I went to the Crown Inn on Broad St (picture), where teenage Ted wrote arrangements for the local Glee Club. It’s now a Wetherspoons, so just as gleeful. 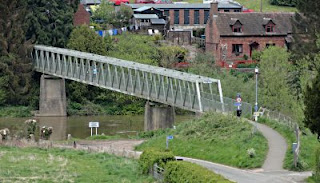 After Worcester I went through Stourport (with a 75p coffee stop at their Wetherspoons) and then Bewdley, a little gem of a Severnside town, and picked up the Sustrans Route NCN45. It gave the usual Sustrans mix of lovely quiet back lanes, traffic-free delights such as this ped-only bridge across the Severn (picture), four-sides-of-a-square long-ways round, and a few appallingly-surfaced bridlepaths. Very good in parts, but full of compromise and fudge… again, how English. 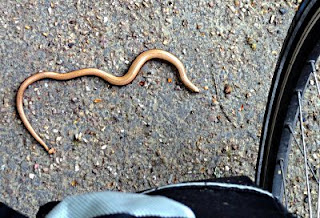 I nearly ran over this slowworm (picture). Luckily I was going even slower than it was. 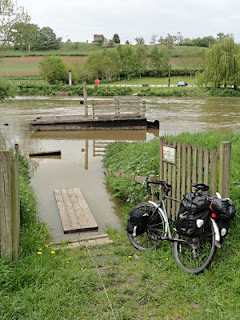 The ferry at Hampton Loade (picture) – evidently one of the last cable ferries in England still in operation – wasn’t, because the Severn was running pretty high and fast following recent rain. There were several signs up by the ferry, saying it was Open. And Closed. And that, to get it to run to demand, you could call a mobile number. Again, how English. 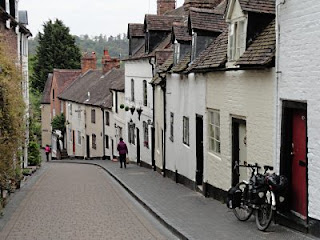 After a marked-down 45p Tesco sandwich in characterful Bridgnorth (picture – again, how English, the lane I mean not the marked-down sandwich), I got up to Coalport, just south of Telford. The only camping option here is evidently Telford Naturist Club, who aren’t keen on putting details online, perhaps understandably. So I’m in the YHA hostel. Clothed.