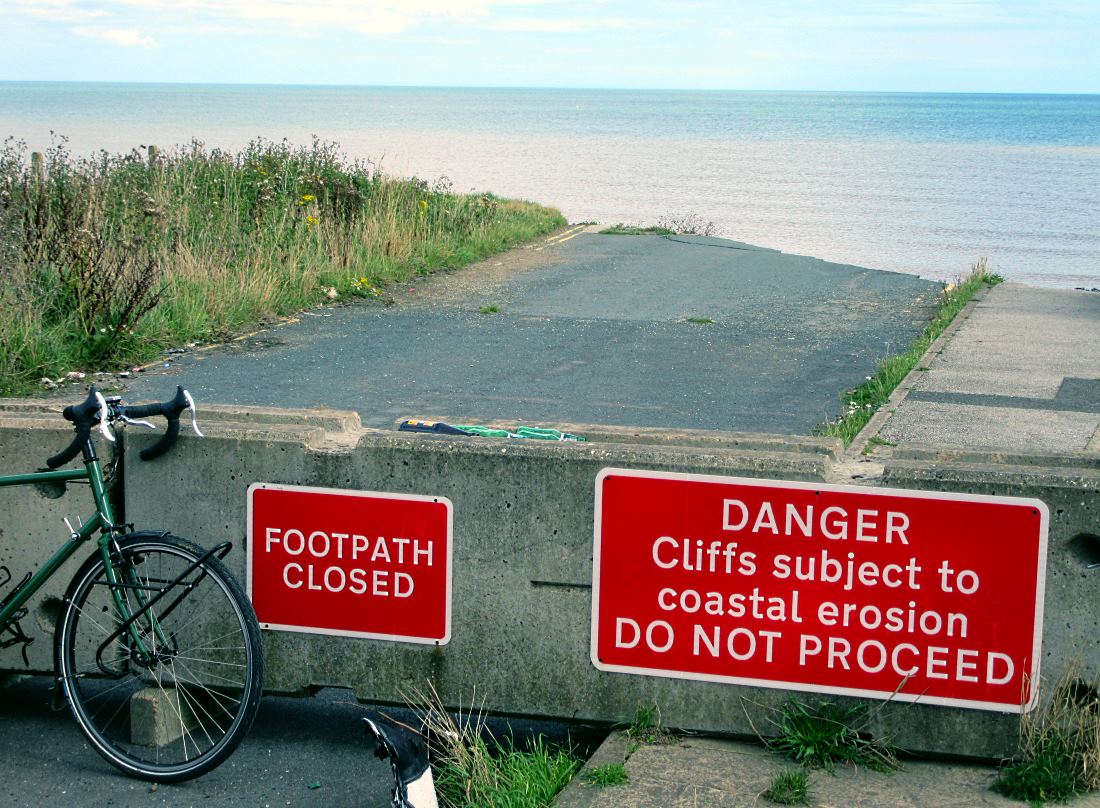 Yorkshire’s Holderness coast is one of the strangest places to cycle in Britain. I spent today wandering the lanes round Skipsea (pic), south of Bridlington. Many old people – in other words, me – remember when these linked up with roads running along the clifftop.

I cycled along them thirty years ago on my Raleigh Clubman; now most of them are gone, stolen by the sea, just like my Clubman was stolen by some git in Oxford.

→ Hear music for this 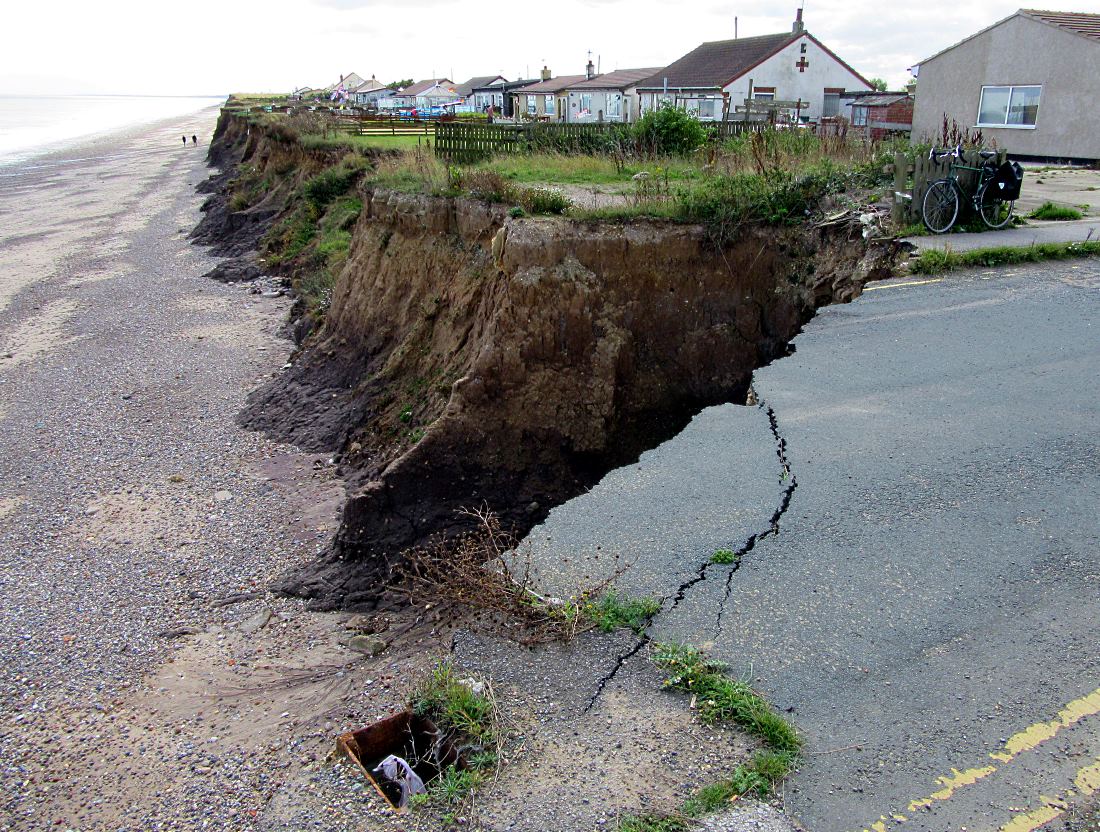 This is Skipsea Sands caravan park at Ulrome (pic). The stretch south from here down to Spurn Head is some of the fastest-disappearing coast in Europe. Each year, another metre or two of the soft glacial till gets washed away by storms and tides – up to 10m in a bad year.

In Roman times, the shore was well over a kilometre from where it is now. Many villages have vanished into the waves, and every year another farm or clifftop cottage goes west. Or rather east. 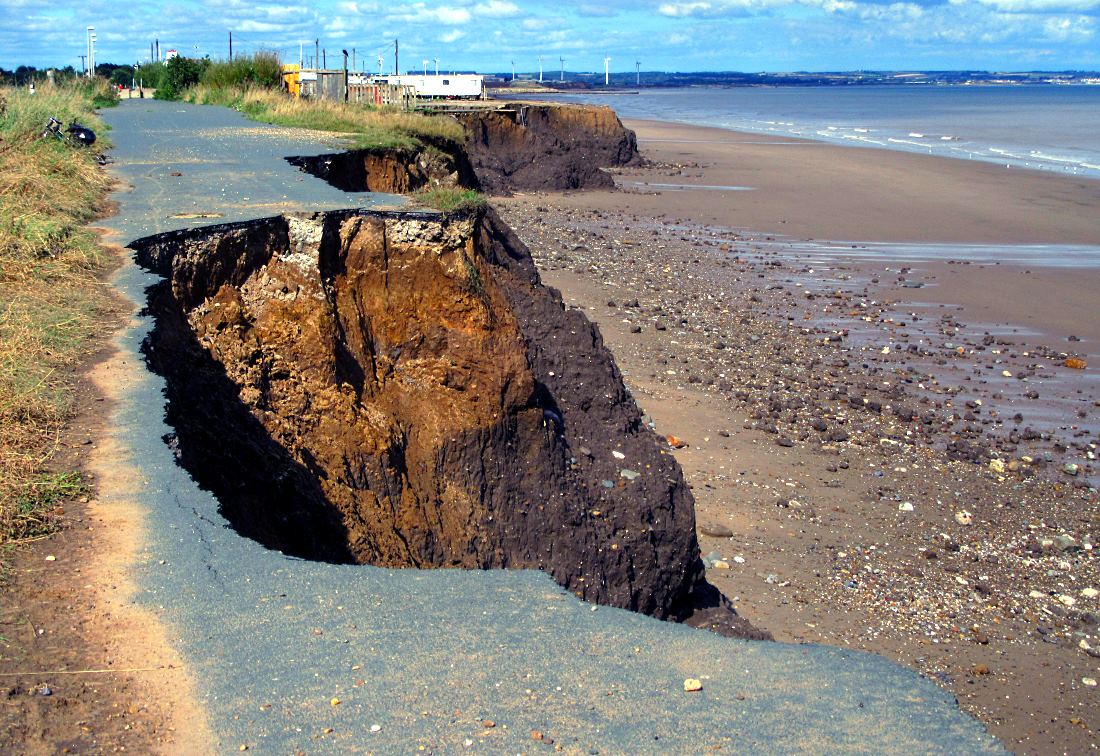 It’s a weird feeling, walking a landscape made of dust that you know is only here for a short time. Like us. In 2010 I wrote a short piece for chamber orchestra called Till that portrays some of my feelings about this temporary, shifting world. It was recorded by by the London Contemporary Chamber Orchestra conducted by Alan Taylor, and you can listen to it at archive.org.

Sombre stuff. After pondering on all this impermanence I cheered myself up with a couple of pints crafted in Wold Top Brewery a few miles down the road in Hunmanby. The beers disappeared even faster than the coastline.

Music for chamber orchestra: Till

Listen to my piece for chamber orchestra, written in 2010. It was inspired by previous cycle rides here. This performance was recorded in 2010 by the London Contemporary Chamber Orchestra conducted by Alan Taylor. (MP3, 4min 16sec).