The most literary place in the world is an old vicarage in Haworth.

Many countries in the world are proud enough to boast one major author. Well, this West Yorkshire village boasts three: in the 1840s, the parsonage was home to Emily, Anne and Charlotte Brontë. Which means this one building (pop. 6) has produced more renowned authors, according to Wikipedia’s List of Novelists by Nationality, than Armenia (pop. 3m) Greece (pop. 11m) or Indonesia (pop. 250m).

Haworth is roughly an hour’s cycle west of Bradford, and you will feel roughly if you tackle its raw, hilly landscape in bleak weather. I had a sunny, crisp March day though, and enjoyed the surprise view of the magnificent Hewenden Viaduct (pic), a long disused railway now part of a Sustrans bike route.

Several friendly dog walkers were out in the fresh air. The lingering aroma of last night’s curry in Bradford was clearly evident to the dogs, and they clearly have a good taste in curry, because they all scarpered whenever they got a whiff of me. 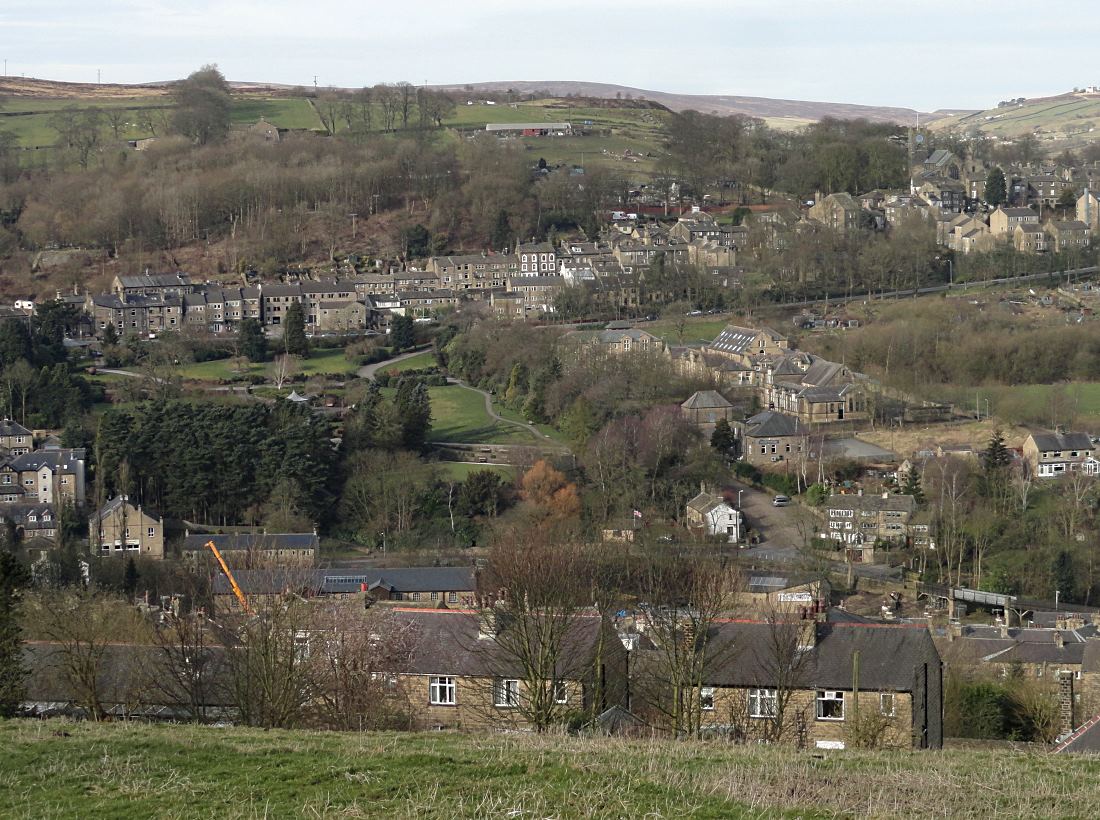 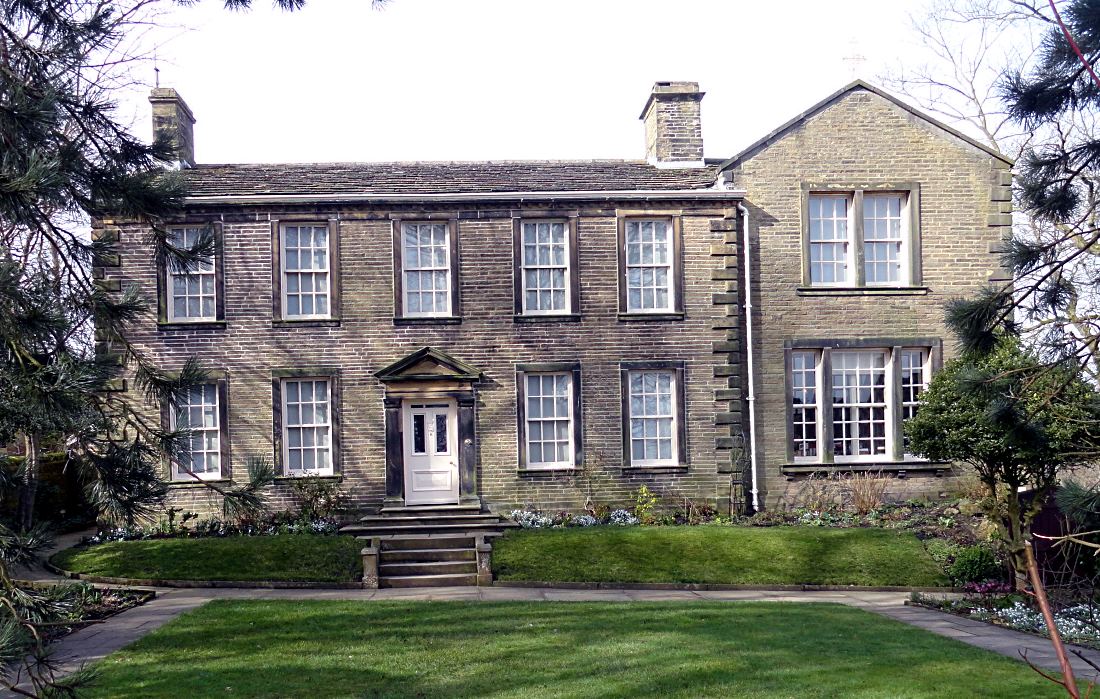 The parsonage (pic) is now a museum, and well worth the visit. Though it’s been bashed about and some bits are much larger than they used to be – I know the feeling – it’s full of atmosphere, the displays are very well done, and it gives a superb insight into the internal and external world of the authors of Jane Eyre, Wuthering Heights, and The Tenant of Wildfell Hall.

My favourite bit was the drawing room table on which these works were written, in particular the letter ‘E’ carved out of its surface. Wonder which of the daughters did that… 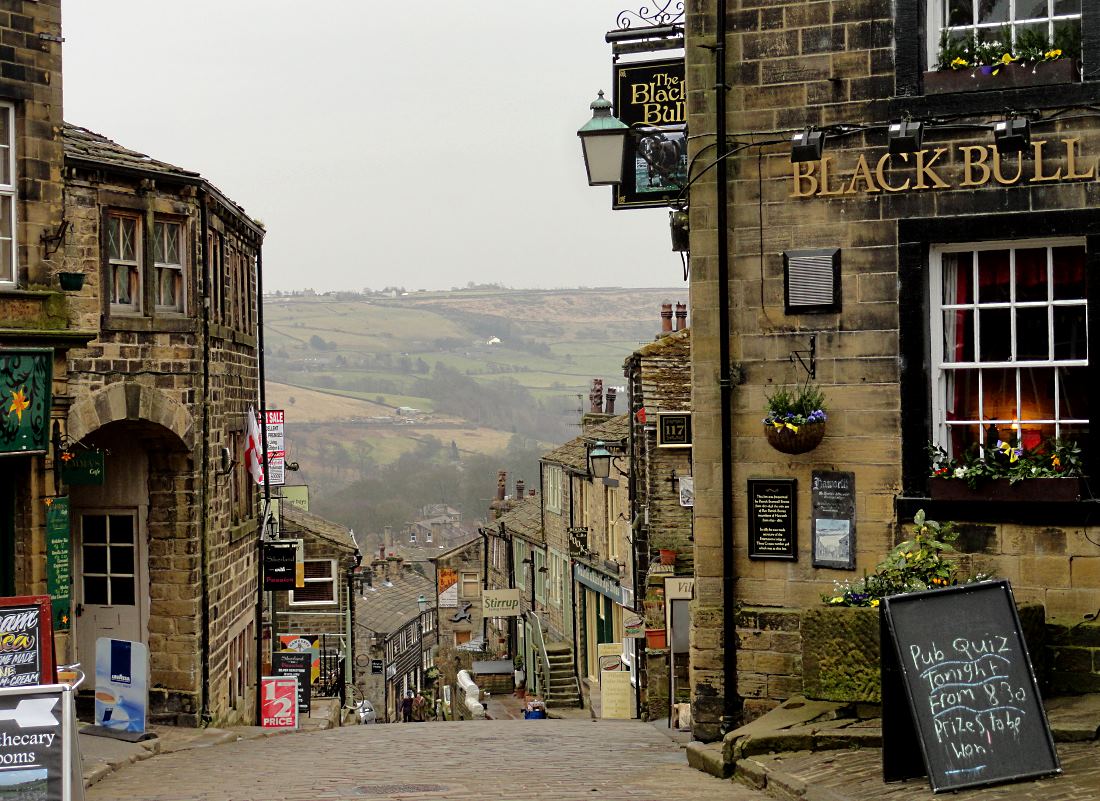 In the interests of research I visited the Black Bull (pic), the pub where Branwell misspent his youth, and all his money. And other people’s. They still have ‘Branwell’s Chair’, where he presumably sat and railed drunkenly against the unfairness of being compared to not one but three over-achieving siblings.

It was chucking it down. After my pints in tribute to Branwell, I took my bike on the Worth Valley Heritage Railway (a one-carriage tram, in fact) from Haworth’s oldë worldë stationë to Keighley, and then trained it back to Bradford. Where I had another curry. Great for keeping dogs away.