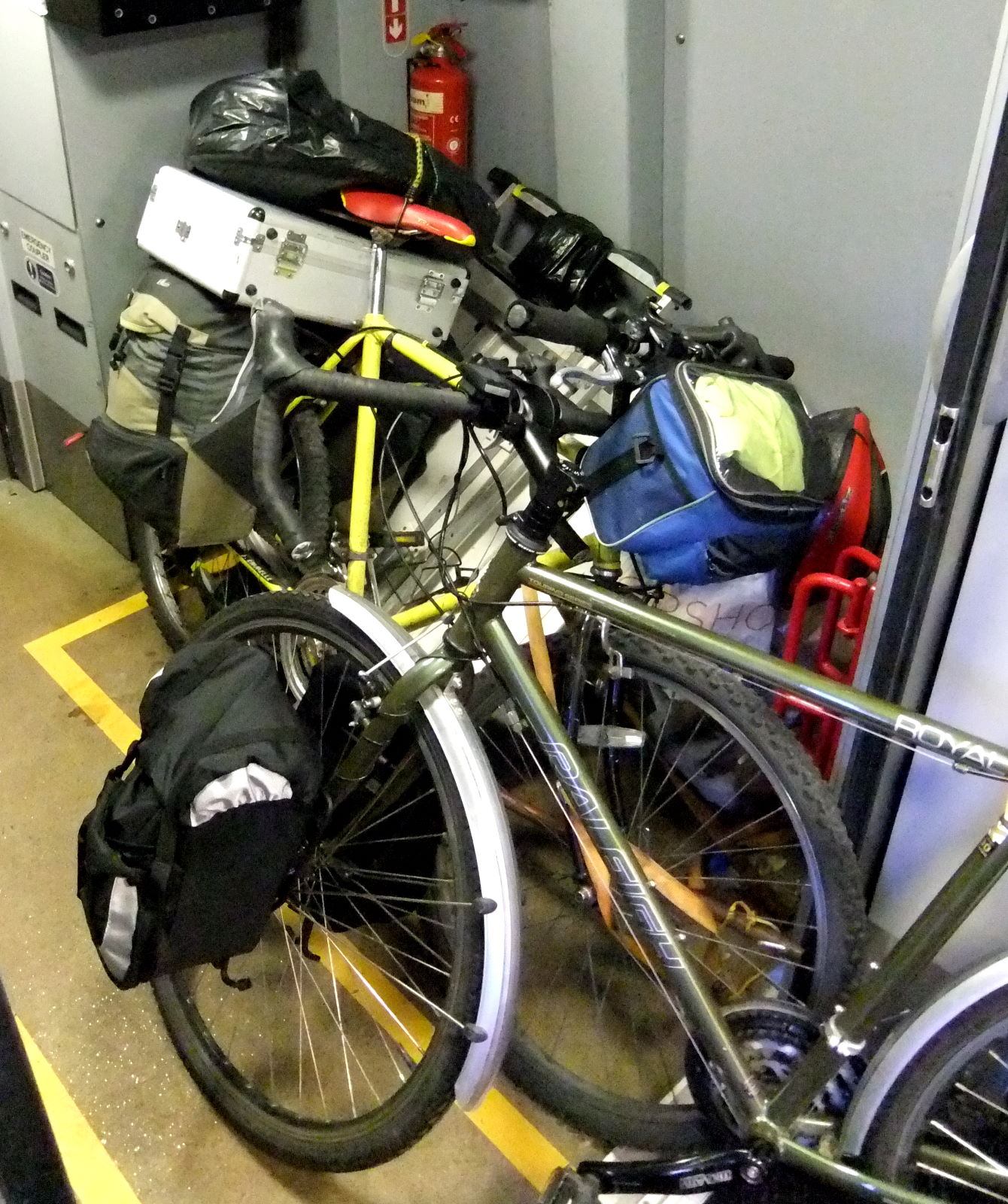 I set off from my rented house in York pleased with myself. I’m an experienced cycle tourist. It comes automatically to me now to pack instinctively what I need, without being lumbered by what I don’t. What could possibly go wrong?

Panniers full – well, actually surprisingly light, I couldn’t help thinking – I trundled off to York station for my train (pic) and ferry trip to Cork, and ultimately my Ireland End to End.

I’ve done the End to End of Britain twice as a grand chiasmus: Land’s End to John o’Groats in 1997, and Cape Wrath to Dover in 2010. So I’m excited about riding Ireland’s bottom to top, Mizen Head to Malin Head, to complete the Britain And Ireland set.

The Transpennine Express rolled non-expressly across the Pennines and, eventually, via changes at Manchester Piccadilly and Chester, to Holyhead, arriving towards 11pm for the half-two redeye sailing.

I filled in the time utilising the free terminal wifi, but my researches on how to board by bike produced conflicting advice. Perhaps biking the mile along the quay to the boat was forbidden at night because of the lorries. Or perhaps it was compulsory. Or perhaps I had to put my bike on the shuttle bus there instead. Or perhaps bikes weren’t allowed on the shuttle bus. So I asked staff. They didn’t know, and suggested I look online.

I made the usual decision in such circumstances. Cycle anyway, and argue the toss if necessary.

I didn’t have to argue with anyone, as it turned out. I was waved on to the ferry and was one of first on the bottom deck, at the front.

Bike secured, I clambered up the stairs toting my panniers, one of which was less cumbersome than I expected. A tribute to my packing efficiency, no doubt. I found a just-about-acceptable sofa with a foot ledge, to rest, and doze, and almost sleep, as we slipped across the smooth, bathroom-window-dimpled sea to Ireland…