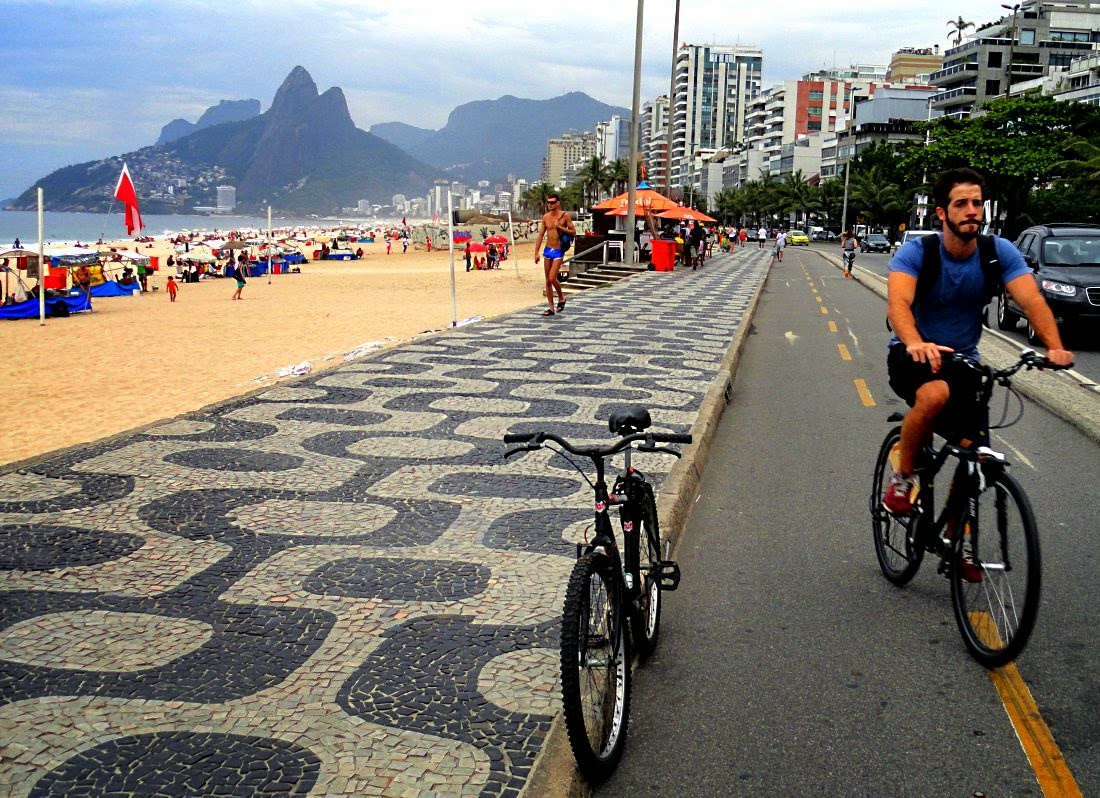 I hired a bike today, which is almost always the day I enjoy most in a city. So it proved: Rio only has one cycle route, but it’s a cracker. It follows the shore for about 15km alongside the great beaches of Ipanema (pic), Copacabana and Flamengo. It shows the best of the city – as well as lots of exposed Brazilian flesh, much of it covered with really quite awful tattoos (not illustrated). 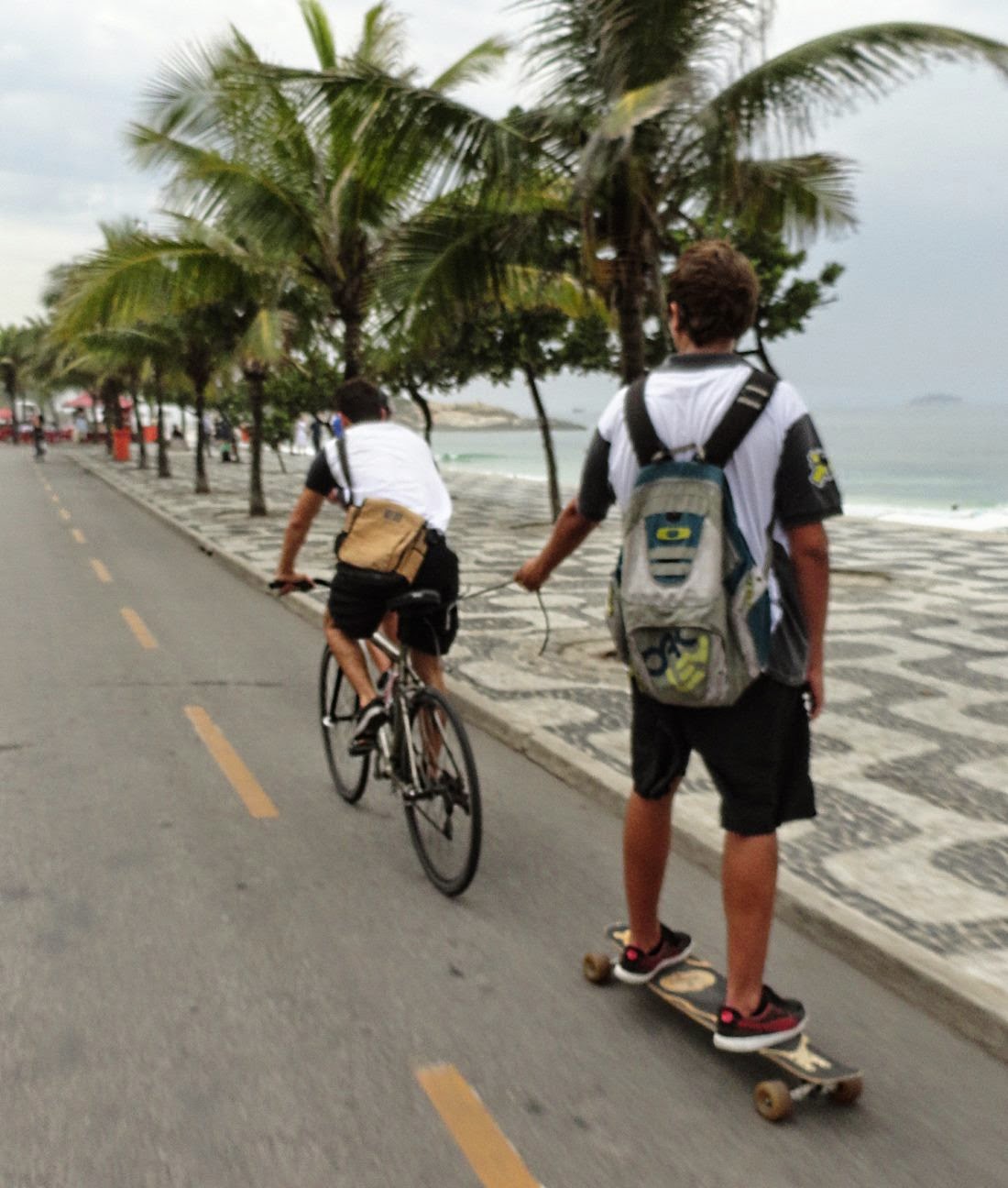 Some locals found even more effort-free ways of doing the path than me. 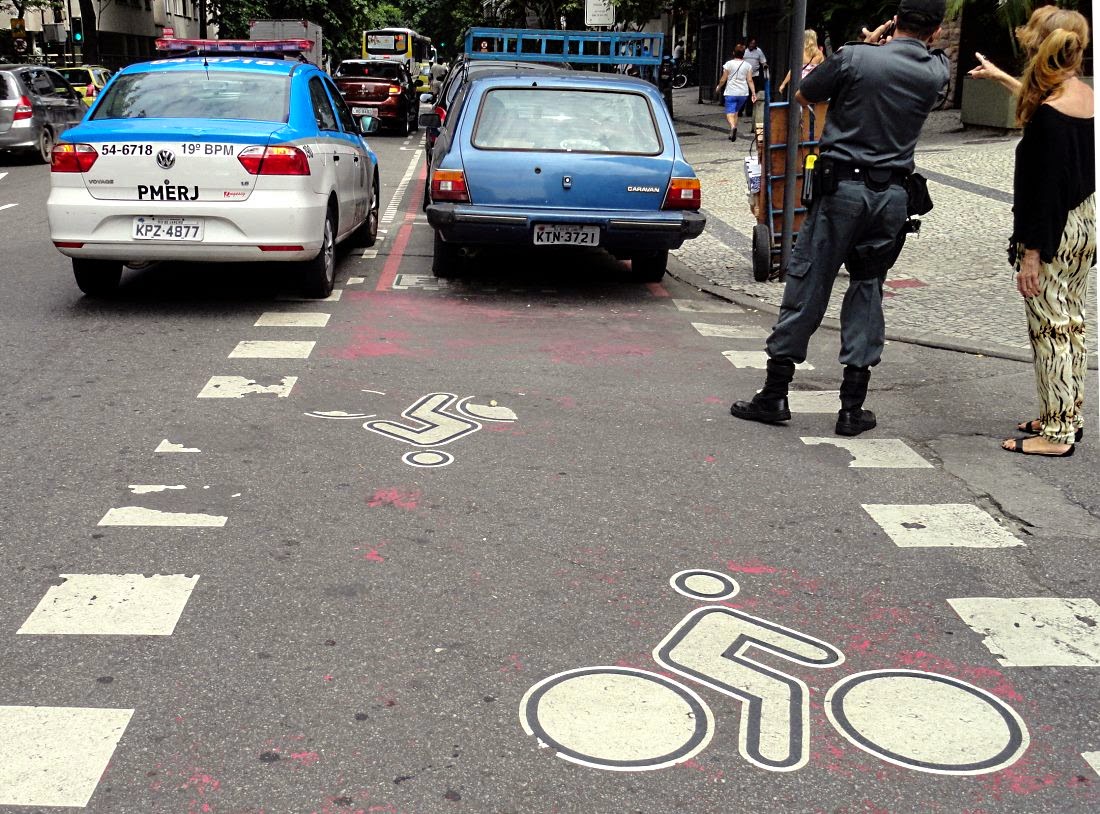 Most of the bike path is segregated, but a few joining bits suffer from the same problems as urban cycle lanes everywhere, such as cars parked in them. Or, being Brazil, double-parked (pic). 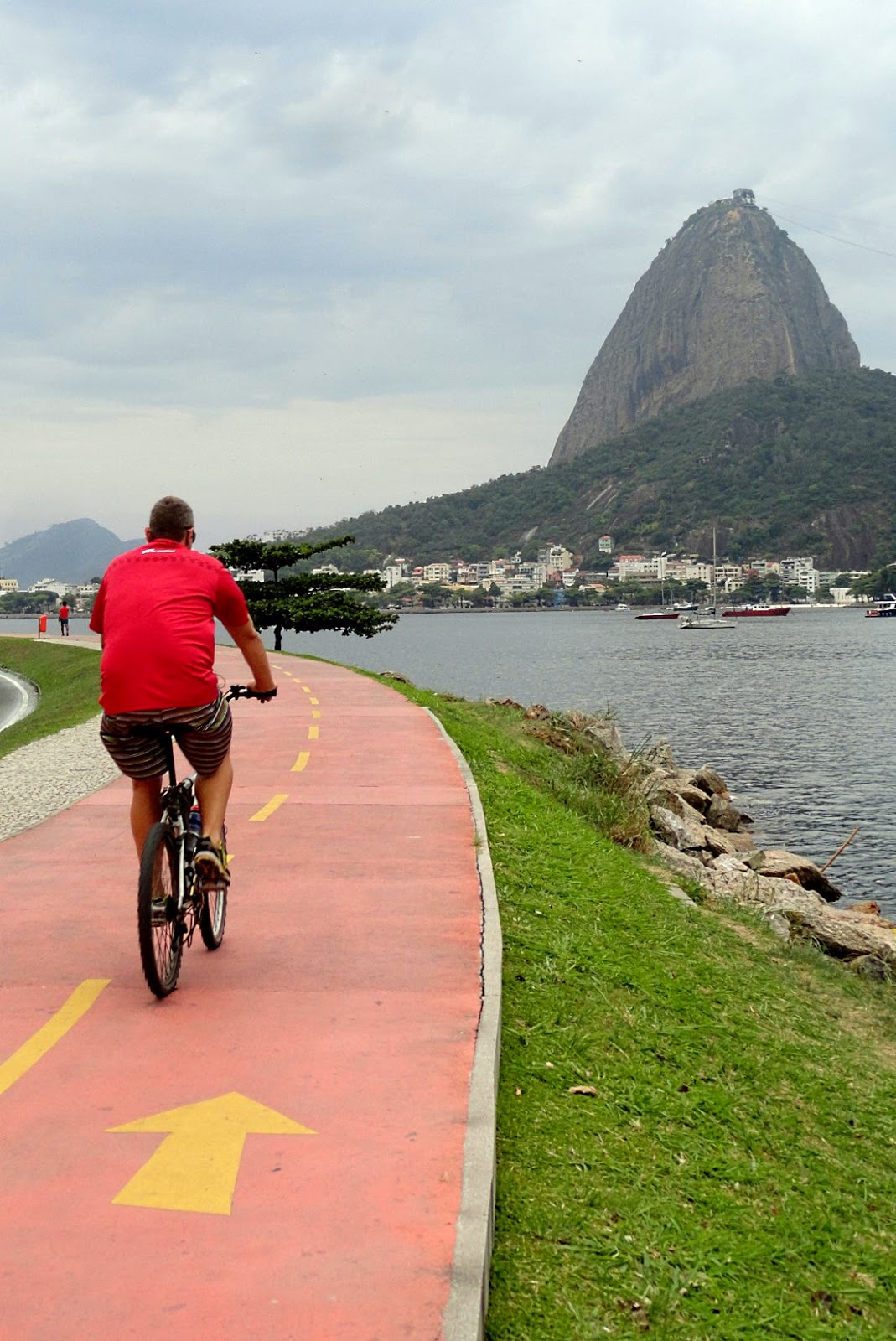 The northern part of the bike path gives fantastic views of all the great landmarks, such as Sugarloaf (pic) and Corcovado. The 25 reals I spent on hiring my hostel bike was the best investment I made in all my time in Brazil – and yes, I’m including the friendly local favela yesterday with ultra-cheap beer.