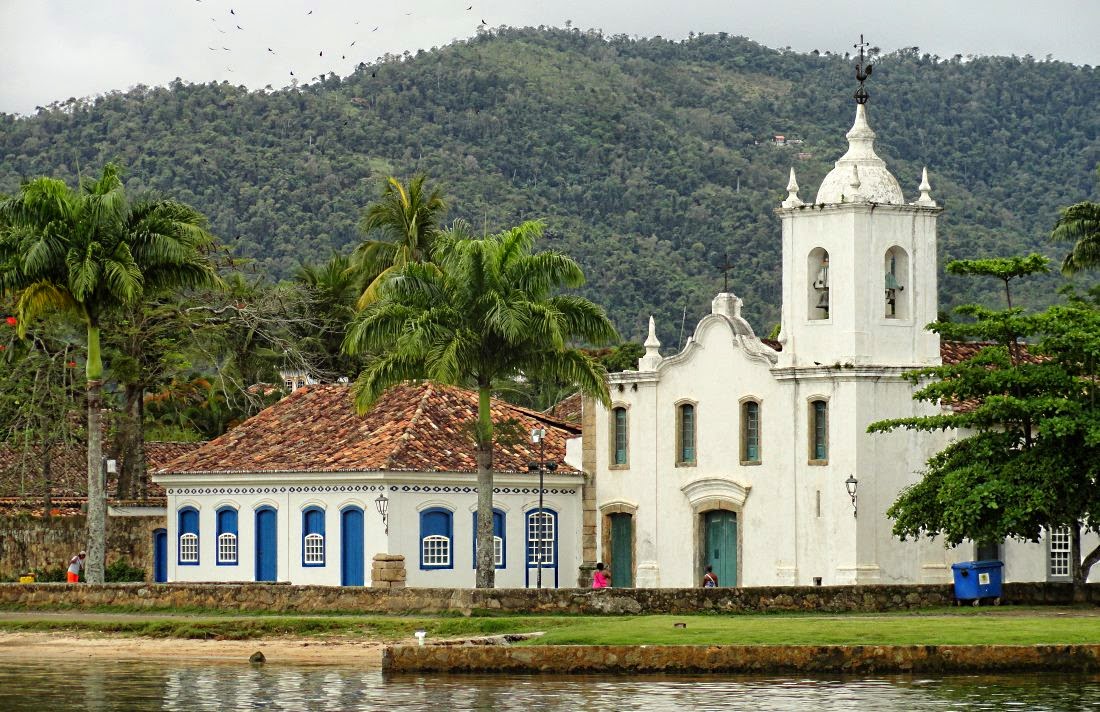 I’m now in Paraty, a picture-postcard colonial beach village (pic) between São Paulo and Rio de Janeiro. So it’s full of damn tourists. Not even proper British ones speaking English in loud middle-class accents, but Brazilians, talking Portuguese very fast and even louder. 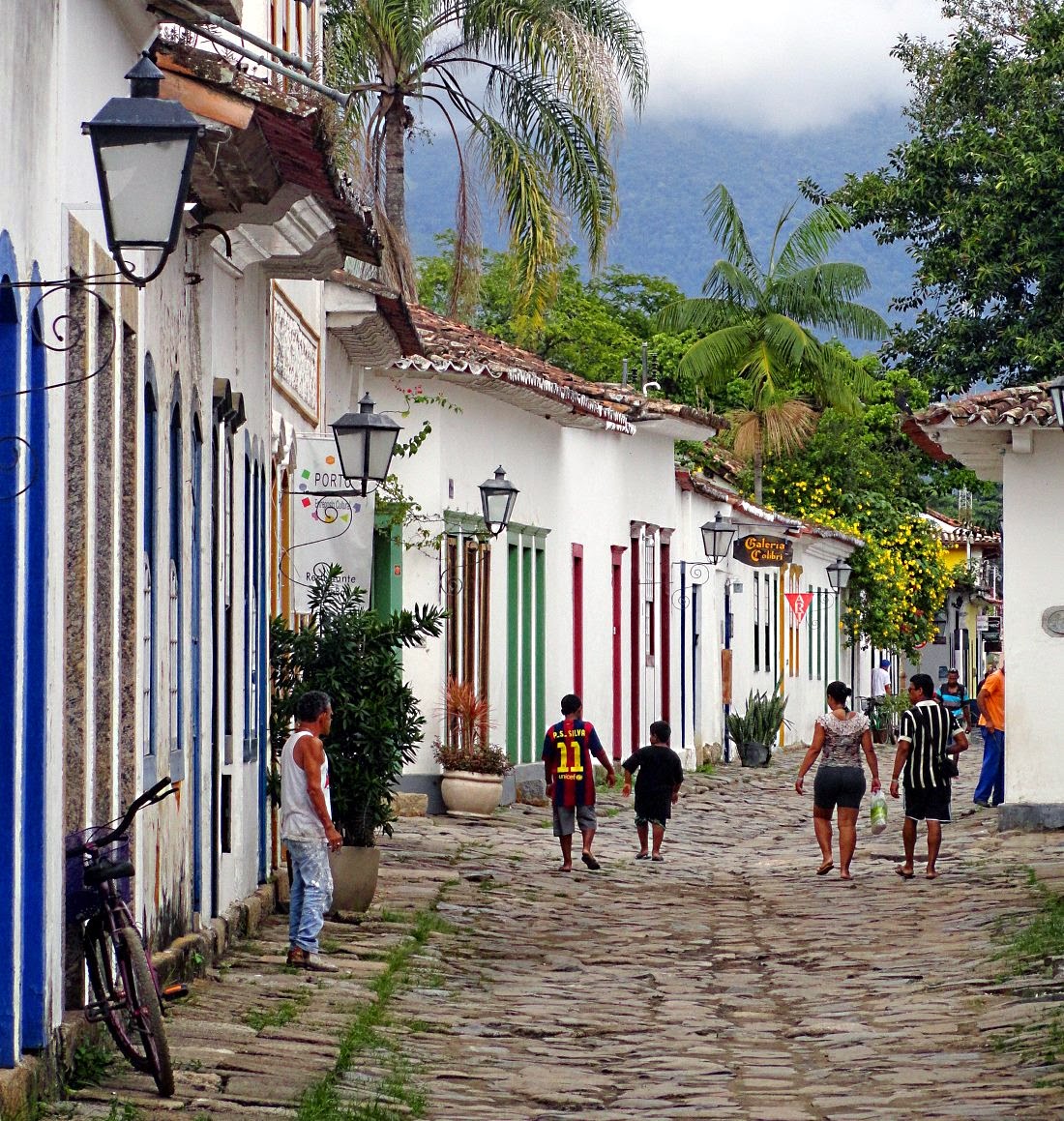 The town’s pretty cobbled streets are closed off to cars, which means lots of bikes. Unfortunately the cobbles are too rough to bike along, so everyone gives up and leaves them propped against walls, like here… (pic) 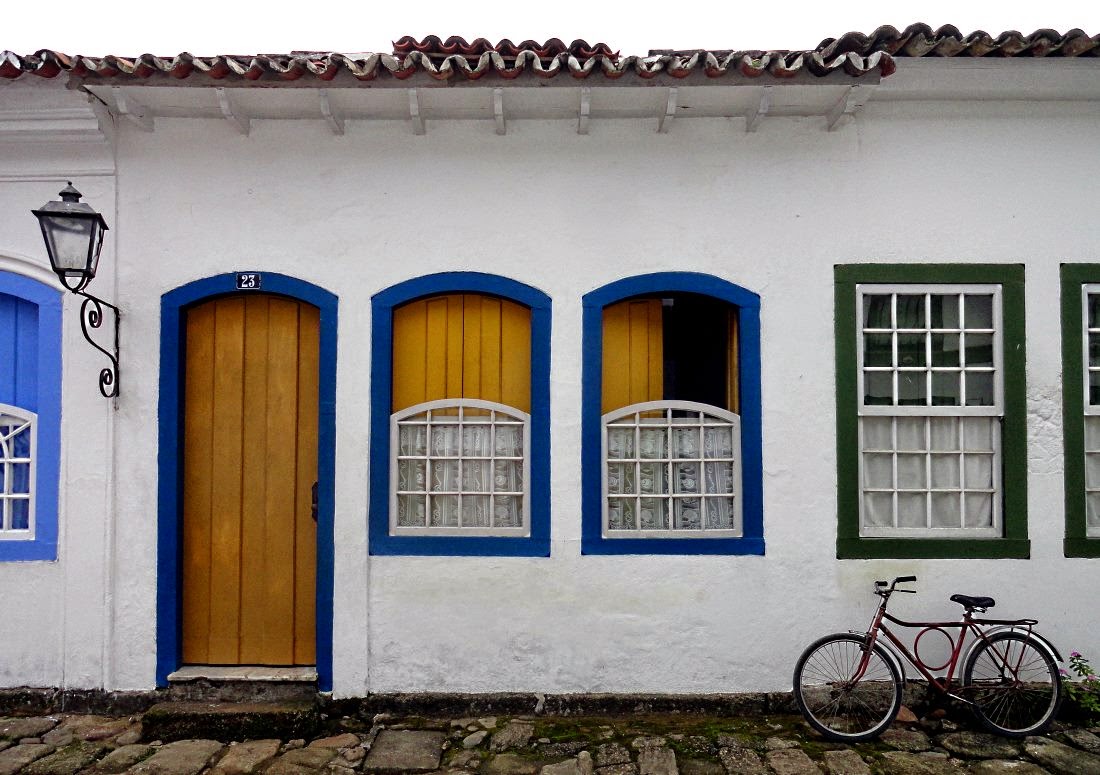 …and here (pic). I did see someone trying to ride along one of the streets, but by the time I’d got my camera out, he’d got off to look for his fillings. 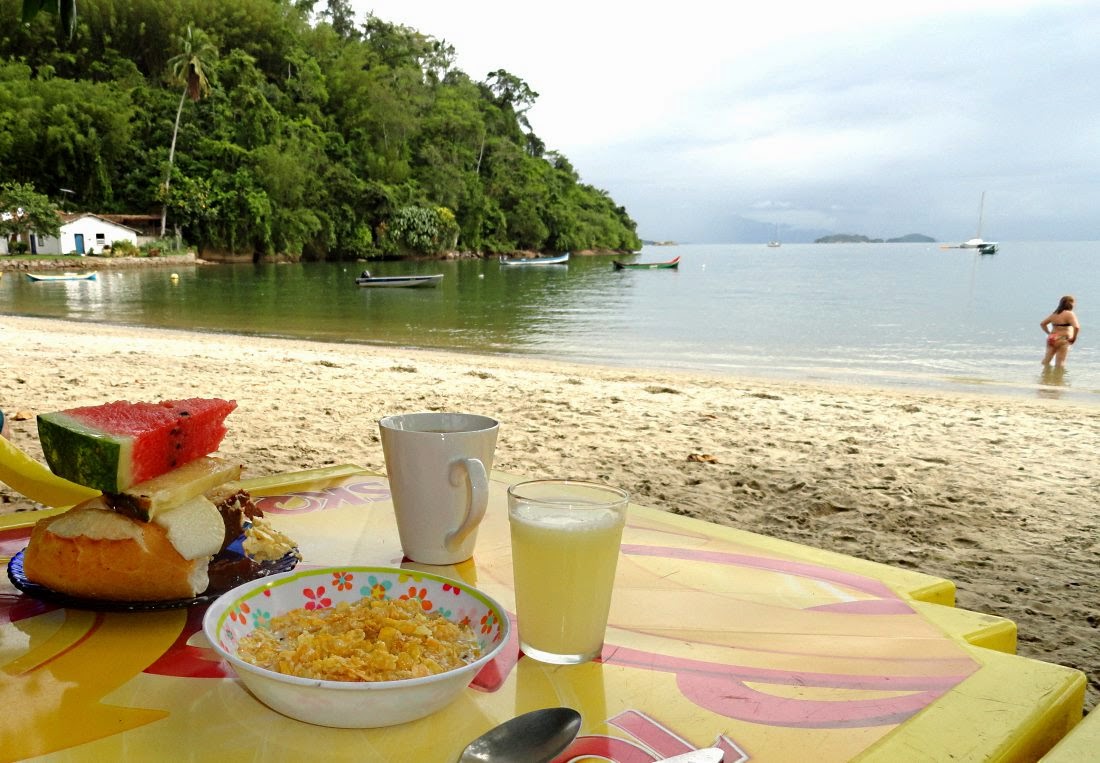 I’m staying in a lovely little hostel right on the beach. This was breakfast (pic) on Black Friday, the day when back home people are queueing to fight each other for cut-price flatscreen TVs. Well, I had to queue a few seconds for my third round of fresh fruit and coffee. 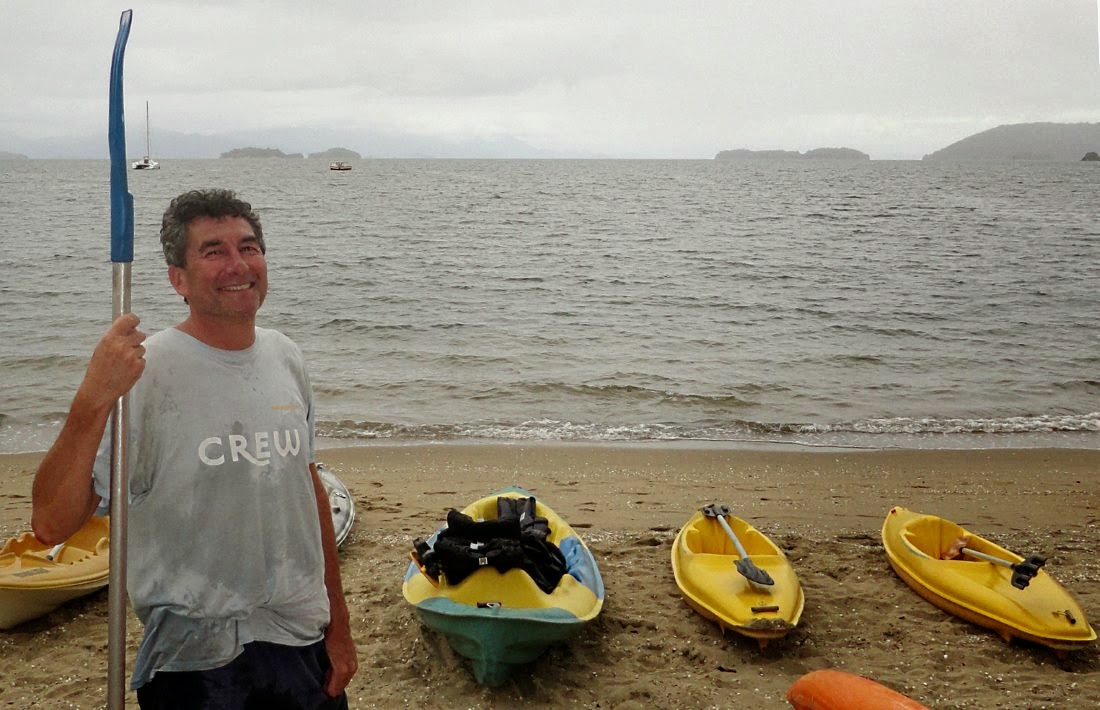 I hired a kayak for a couple of hours (pic) and paddled round the bay, visiting some of the beaches and islands. The novelty of being wet, but warm instead of cold, is one that didn’t wear off. 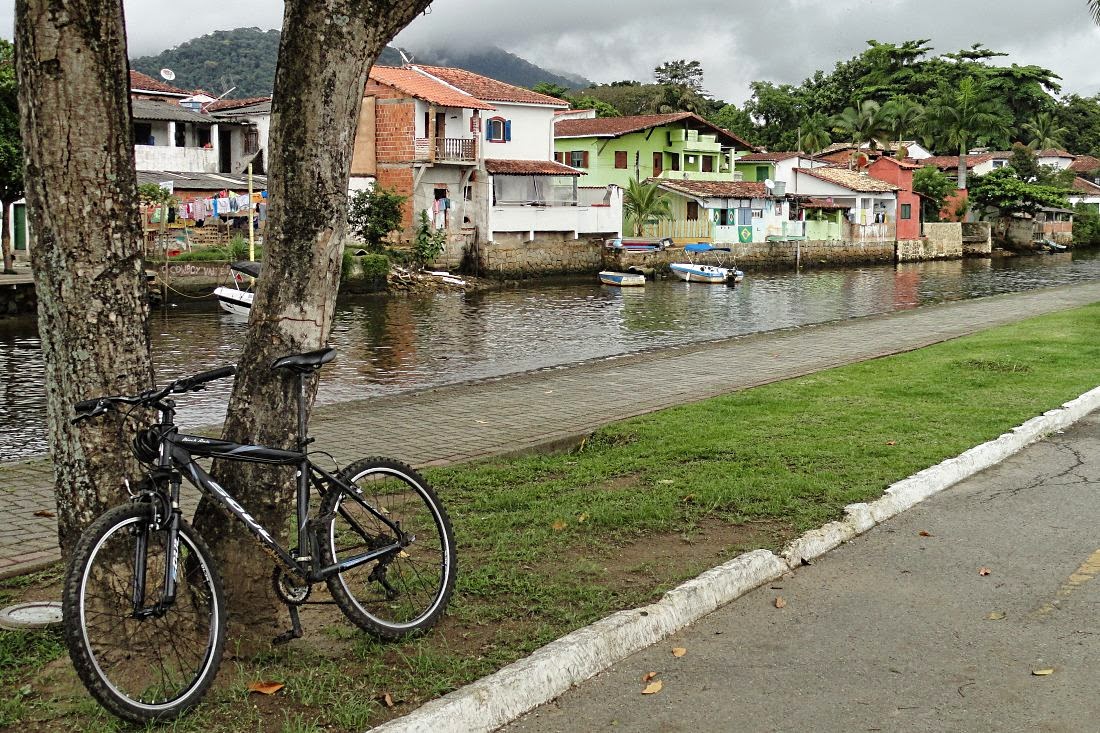 In the afternoon I hired a bike for a couple of hours too, to trundle round the village (pic)… 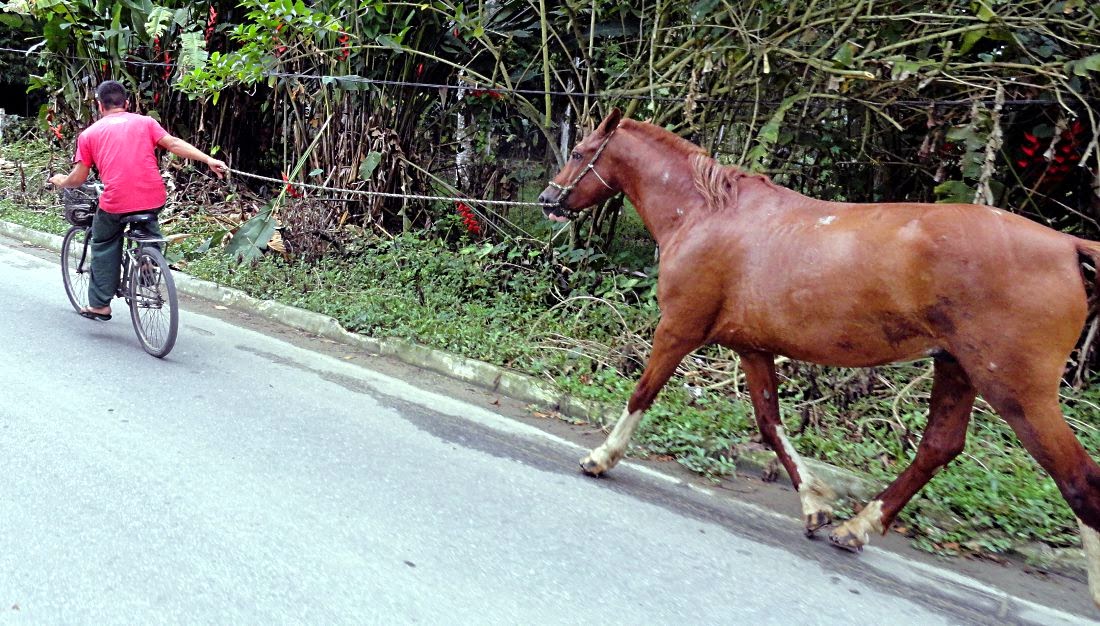 …and surrounding countryside, where I saw something I’ve never seen before: a man taking his horse for a walk by bike (pic).