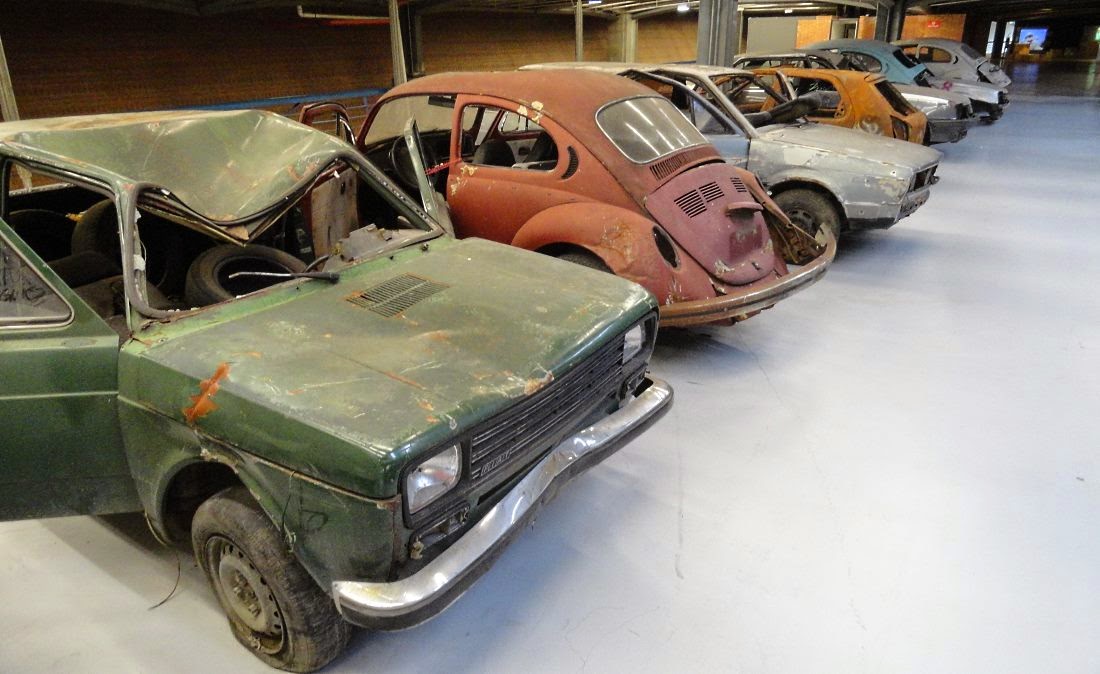 I spent the morning in the São Paulo Cultural Centre – a place rather like London’s Barbican, combining library, art galleries, concert venues, free wifi public space and exhibition areas, one of which featured this fine array of wrecked cars (pic). At least I think it was an exhibit. It might have been the overflow car park, in which case it’s a poorer area than it looks. 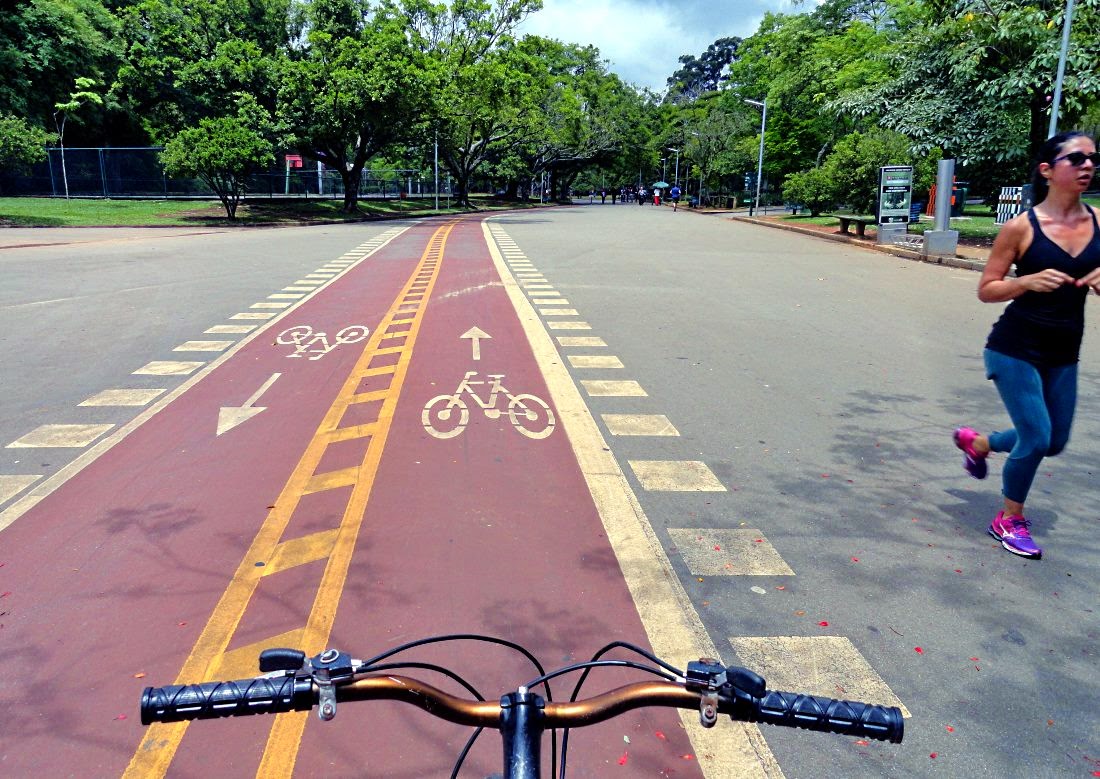 The afternoon was devoted to Ibirapuera: the city’s equivalent of Hyde Park, complete with skaters and skateboarders, a lake, cycle paths (pic), and a gallery with terrible modern art – the sort where you honestly don’t know if what you’re looking at is a room being refurbished in mid-builder chaos, or an installation. It was an installation. My brother John clearly doesn’t know he’s overseeing artworks every day. 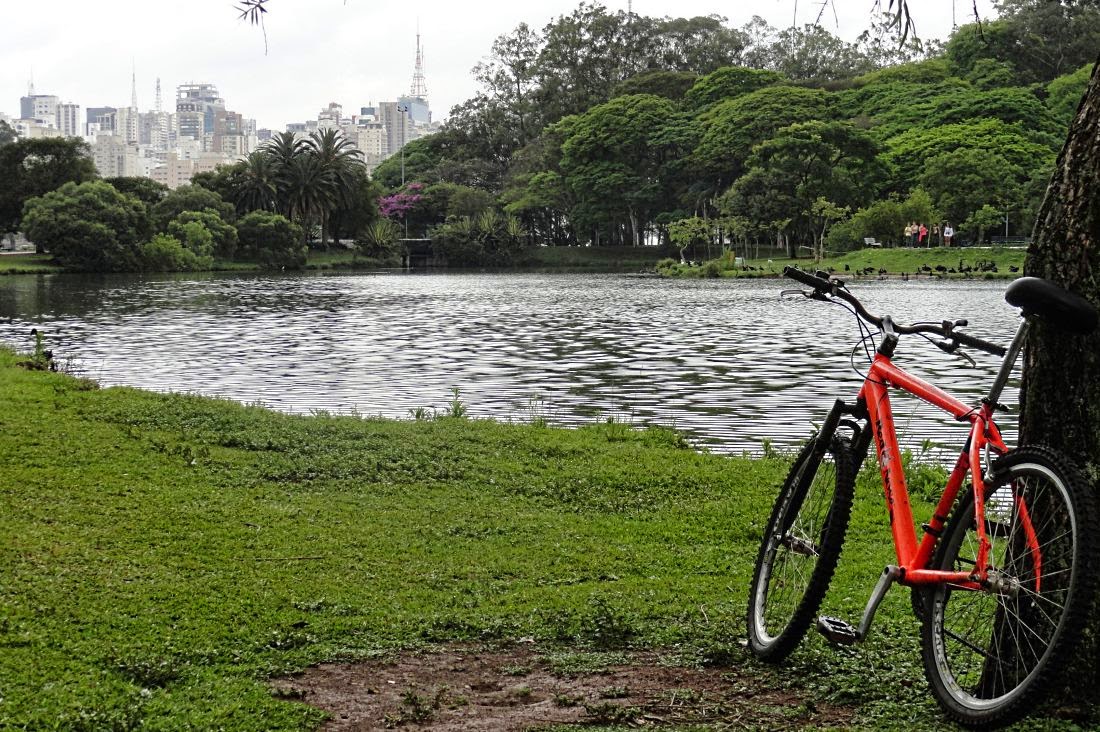 Anyway, I hired a bike for 5 reals (£1.25) an hour and enjoyed trundling round for a couple of hours (pic). It felt great to be on two wheels again, and a welcome feature of Ibirapuera is the profusion of free public toilets. Brazilian breakfast coffee is just as fast-moving as British.

Another feature of the park is the buildings by Brazil’s Oscar Niemeyer, a key 20th-century architect and prominent figure in modernism. This one (pic), for example, which looks like it’s just landed… 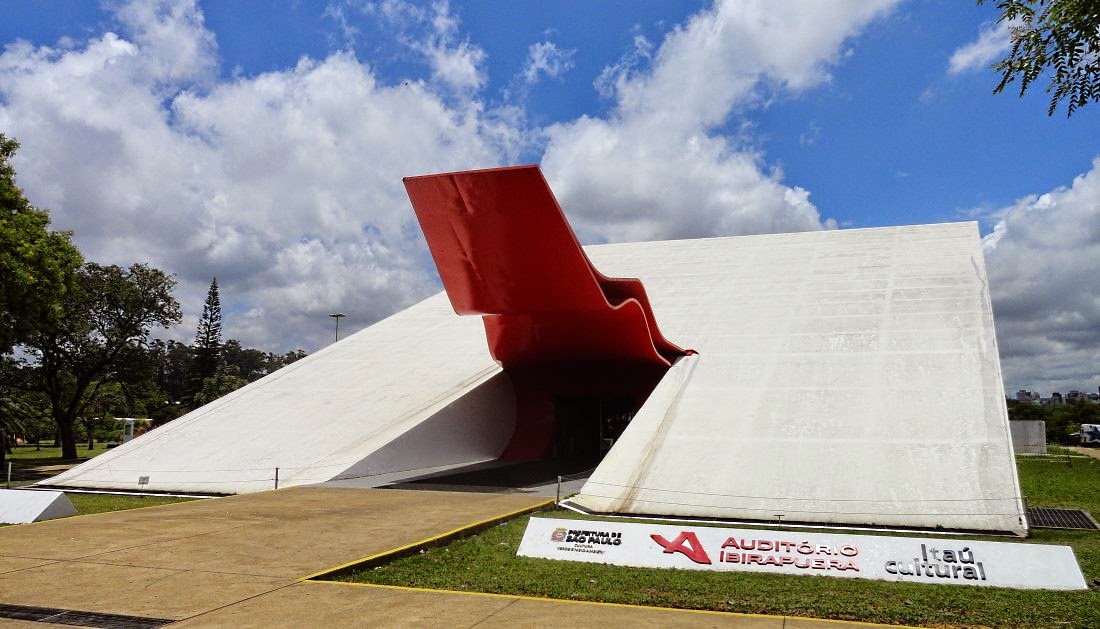 …and this one, which looks like it’s about to close the cargo bay doors and take off. Sadly, I resisted the temptation to try cycling up it.