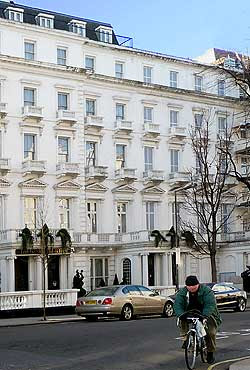 Where is it? A bit north of Hyde Park. Head west from Paddington Station about half a mile to the end of the road and it’s there in front of you. 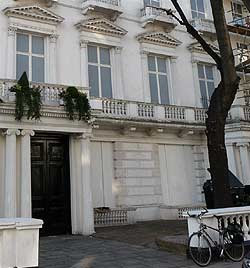 What’s quirky about it? Nos 23 and 24 don’t exist, despite being decorated with proper window and door frames and balconies. The windows are only painted on (right), because there’s nothing behind: the ‘houses’ sit over an Underground railway. Like so much in London, they’re just a facade.

If you nip round the back, via the bike cut-through to Porchester Gardens, you can see the sham exposed, the supporting metal joists, and the rail line (below). 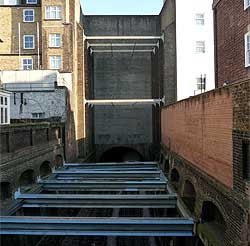 Why bike there?
All pleasant territory to nose around by bike. Hyde Park is just over Bayswater Road to the south, and there are lots of little mews and well-to-do streets to explore. Leinster Gardens also has a few shops.