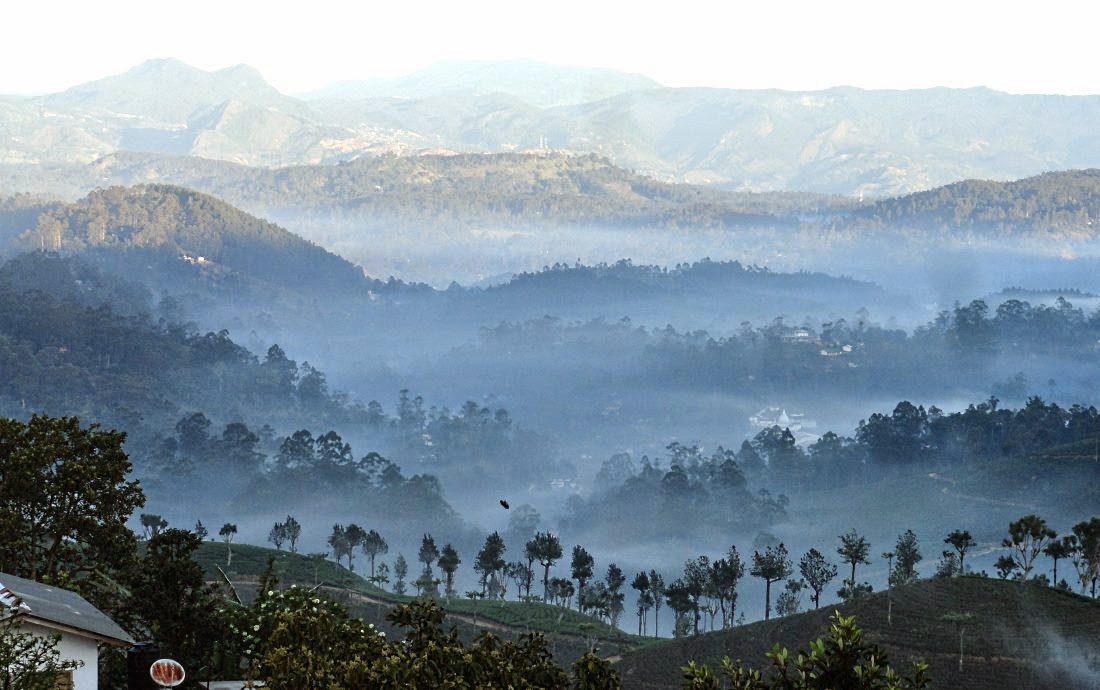 A rest day today, but I was still up early, rewarded by some stunning views of the hillscape mists (pic). It’s chilly at night up here in Hill Country: there are actually sheets and blankets on the bed (elsewhere there’s nothing), the windows had condensation this morning, and I needed my fleece to go out for breakfast. It was windy, too ‐ given the rather whiffy open drain running down the street outside my room, that’s just as well. 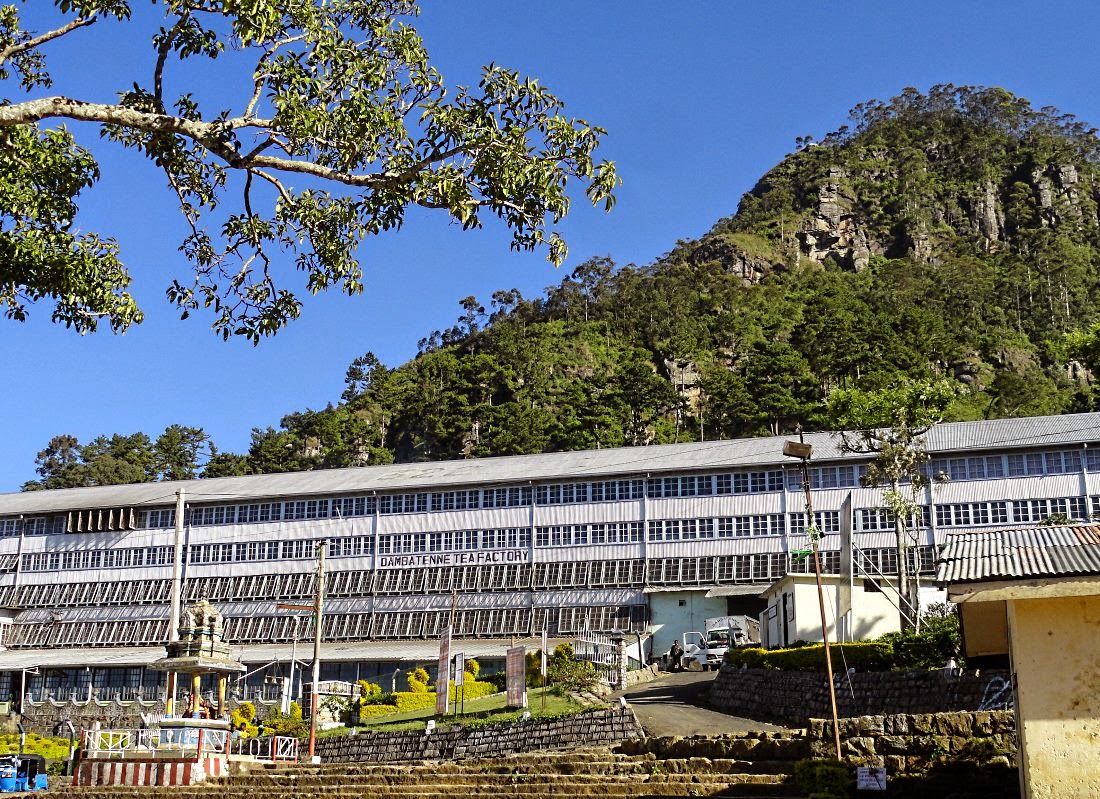 Anyway, I took a local bus up an improbably winding and steep narrow lane to visit Dambatenne Tea Factory (pic), founded by Sir Thomas Lipton in 1890 – yes, as in Lipton’s, the famous English tea, which you seem to see everywhere in the world except in England.

I had the guided tour. The factory was a spotless state-of-the-art unit full of computer-controlled robots. No, I’m joking. It was rickety, full of clanky old machines, there was no tasting, and the visitor toilet had no water at all. Or toilet paper. I had to improvise, using up the drinking water I was carrying. (I still shudder at the consequences of a similar incident in Filey in 1969, when I didn’t have the serendipity of liquid on hand.) 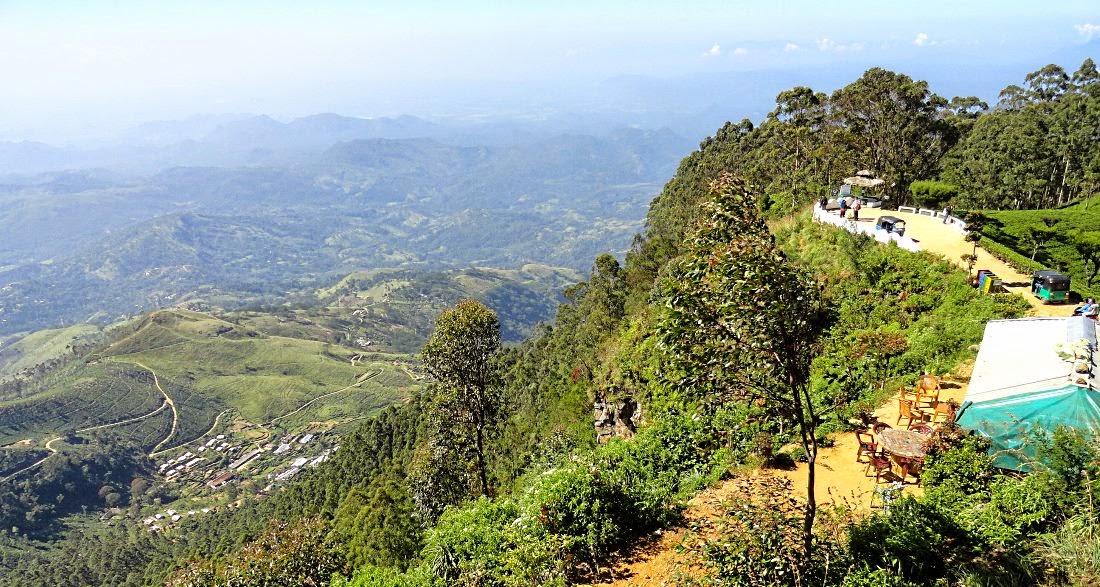 From there I hiked 7km up to Lipton’s Seat (pic), a pleasing anagram of Lipton’s Teas, where Tom would apparently survey his empire. There are stunning panoramic views from the top, but more important, a tea room where I enjoyed snacks, tea, and water to replace the stuff used in the earlier emergency. 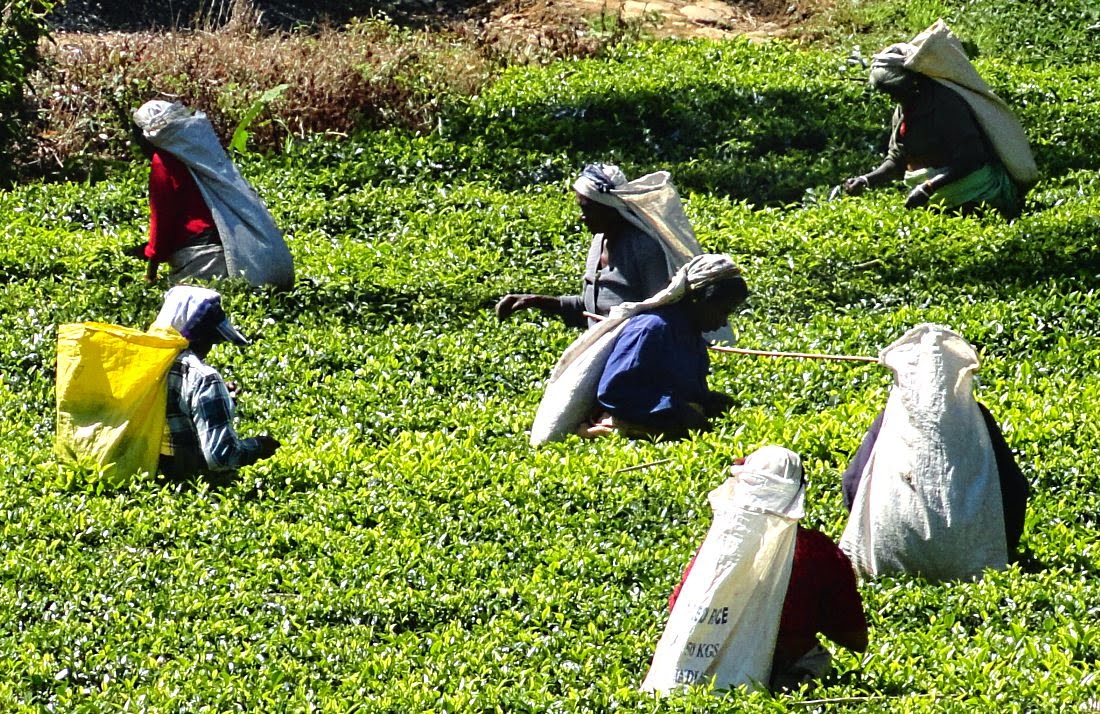 On the way back down through more tea plantations, I saw some pickers at work, picking (pic). For an eight-hour day, they earn 650 rupees (about £3.25). And I complain about writing being low paid…

Back on the bike tomorrow.