Day 2 of the sixth Compass Ride was a blustery bright summer day, and involved two lots of Alternative Wright Brothers, a crossing over to the Eastern Hemisphere, Britain’s newest island, and an inexplicably stranded satnav-fail lorry. 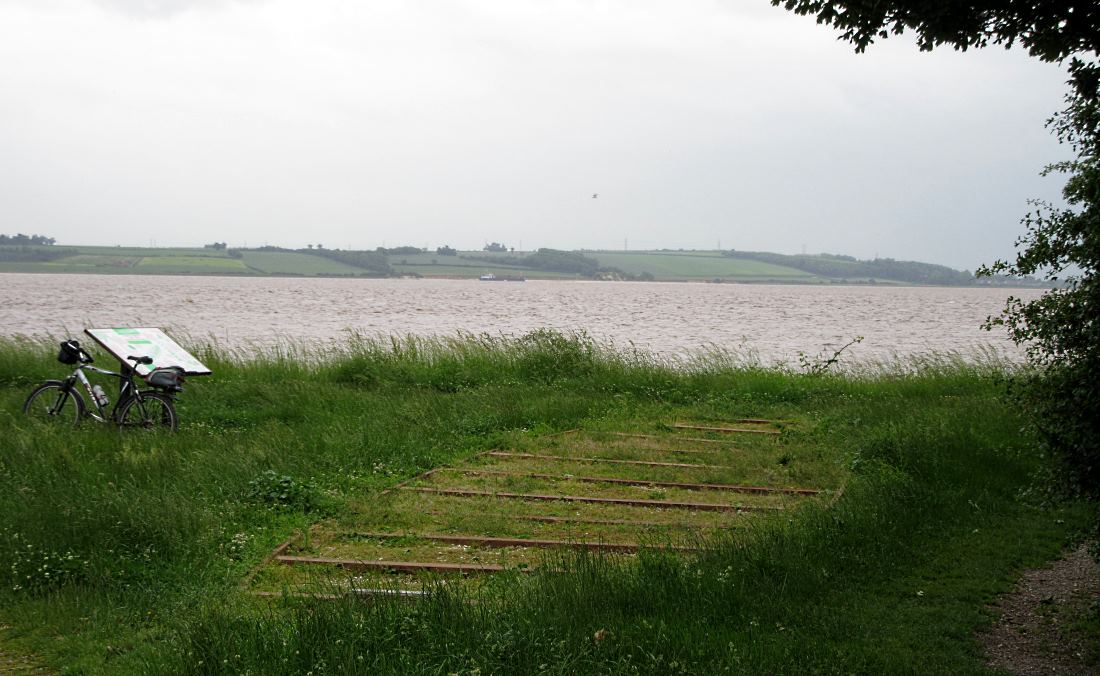 The Wright Brothers? Forget those minor mechanics from Kitty Hawk. For real achievement you want Ferriby’s own Wrights, Ted and Will. In 1937 down at the foreshore, by the dog-brown waters of the Humber, they discovered the Ferriby Boats. These, it turned out, were major archaeological and historical finds: Stone Age vessels – as old as Stonehenge – that once ferried people, beasts and food across the estuary. A monument (pic) marks out the footprint of the first boat found.

That’s Lincolnshire over there. As a child I would often come down here, looking with awe across to South Ferriby and the cement factory. Why was the boat found on the north bank? My own theory is that it was used once, and that when they’d seen what was on the other side, they came back for good. 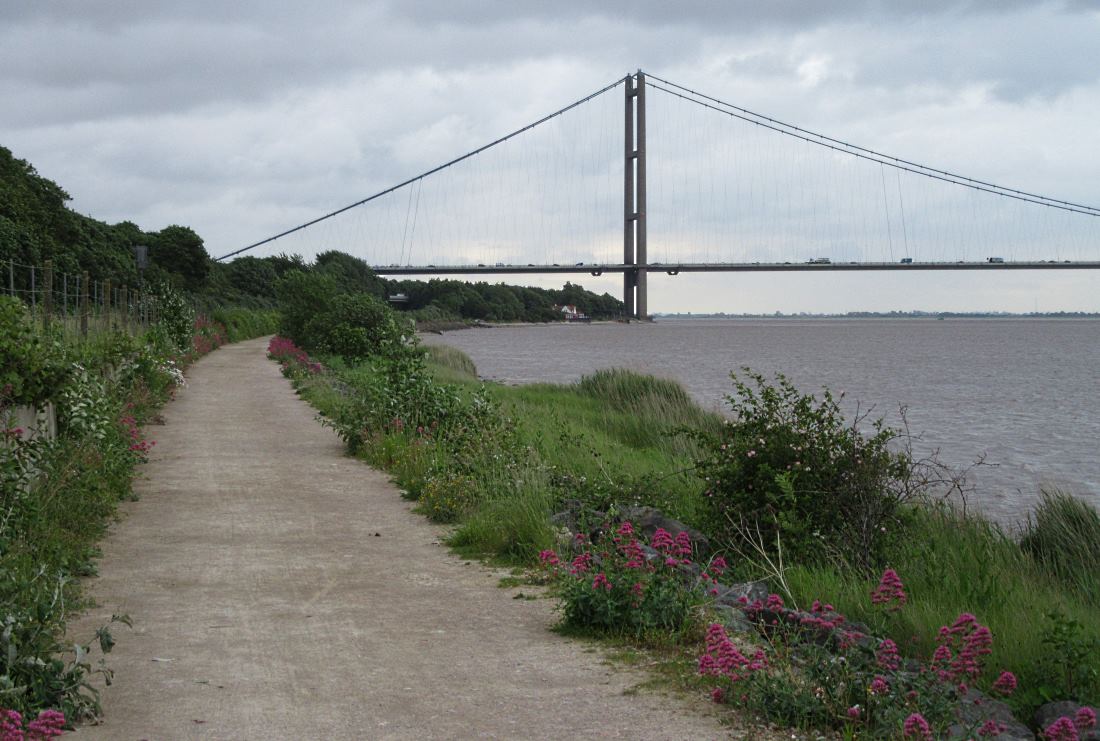 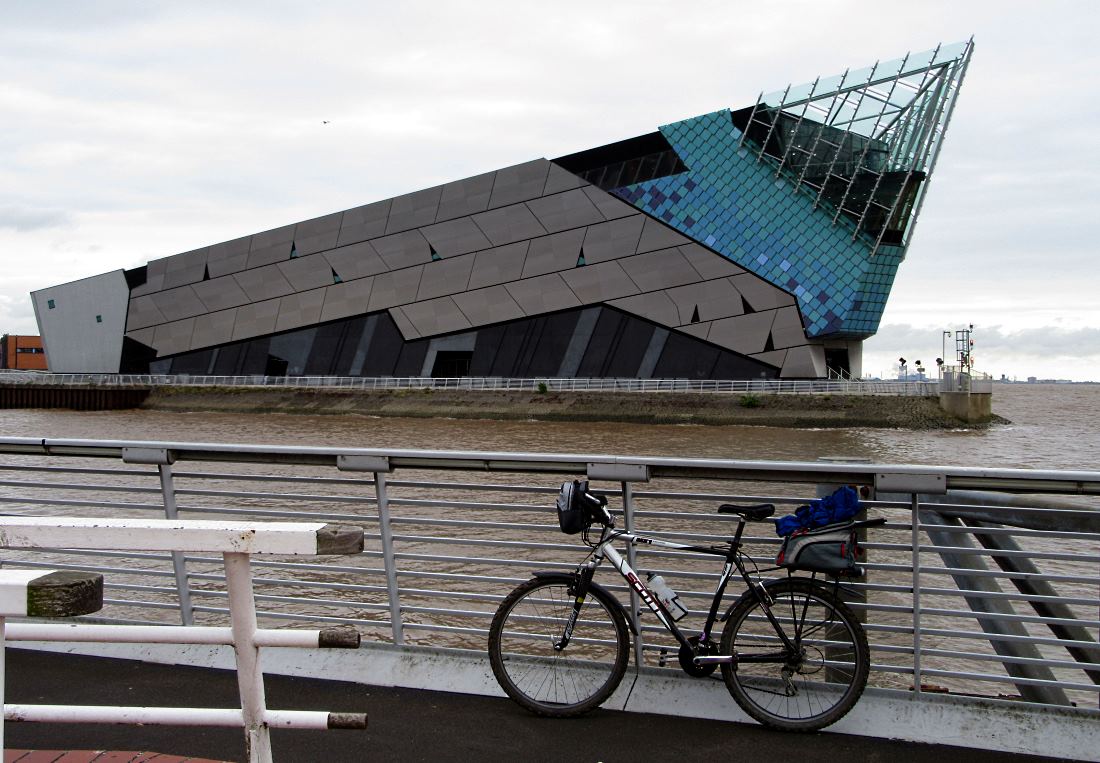 I threaded through Hull’s shiny new marina and redeveloped docks, most impressively past The Deep (pic) and its sharklike profile. It’s one of the UK’s biggest aquariums, and definitely the best, with everything from vast multistorey glass oceans full of vivid tropical fish and scary sharks, to smaller tanks with dull monochrome North Sea fishes.

When I was little, we only had fishing for sticklebacks in Welton pond. Today I saw a six-year-old here, staring at one of the small, computer-monitor-sized glass tank fronts, trying in vain that two-finger-expand gesture you use to zoom in on touchscreens. 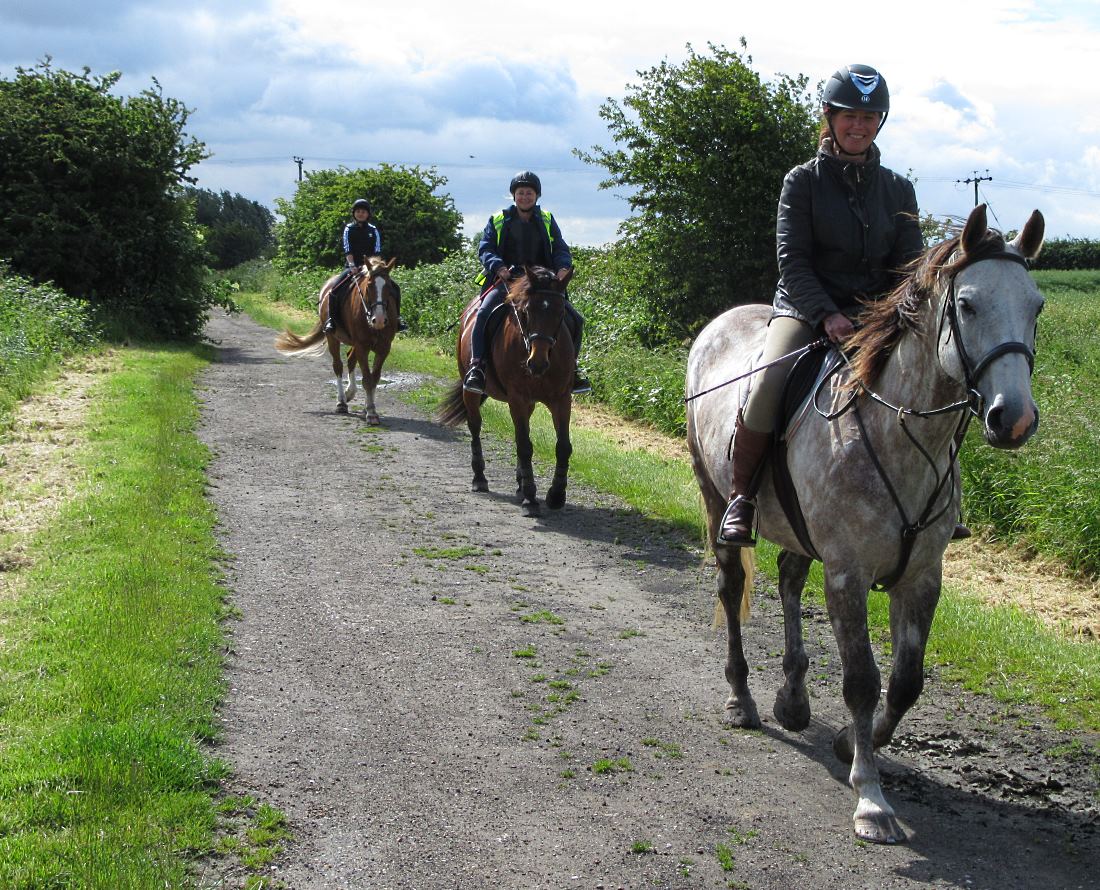 Out of Hull I followed the 10-mile Winestead Rail Trail, surfaced for the first four or so, and then a succession of just-about-OK cinder and farm track. Near Keyingham I exchanged cheery hellos with these horse riders (pic), thinking how lovely it all was.

I thought it was less lovely when I spent the next three miles dodging the hoof craters they’d made in the soft muddy surface. Still, in this unremittingly flat landscape, the horses had at least created some vertical interest of their own. Clearly they’d had a good breakfast. 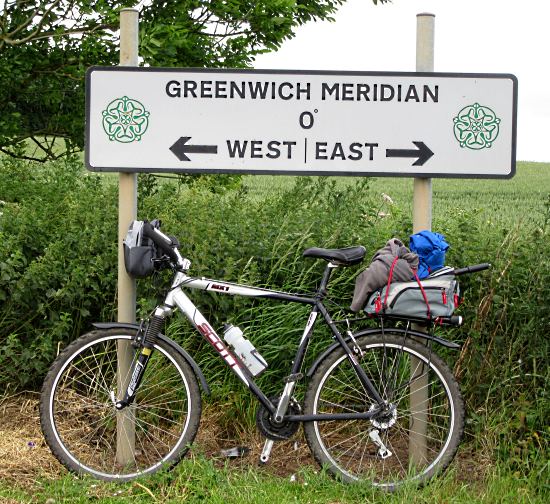 Patrington is the least untownlike of the villages in this part of Holderness. The flat, remote tranquillity intrigued Hull’s gloomy poet-librarian Philip Larkin. ‘Here silence stands like heat’, Larkin wrote; perhaps he’d waited for a bus here too. Anyway, the railtrail having run out, I was now back on the road, stopping briefly to cross the meridian marker (pic) and leave the West behind. No chance of a decent phone signal or organic quinoa out here in the developing world, then. 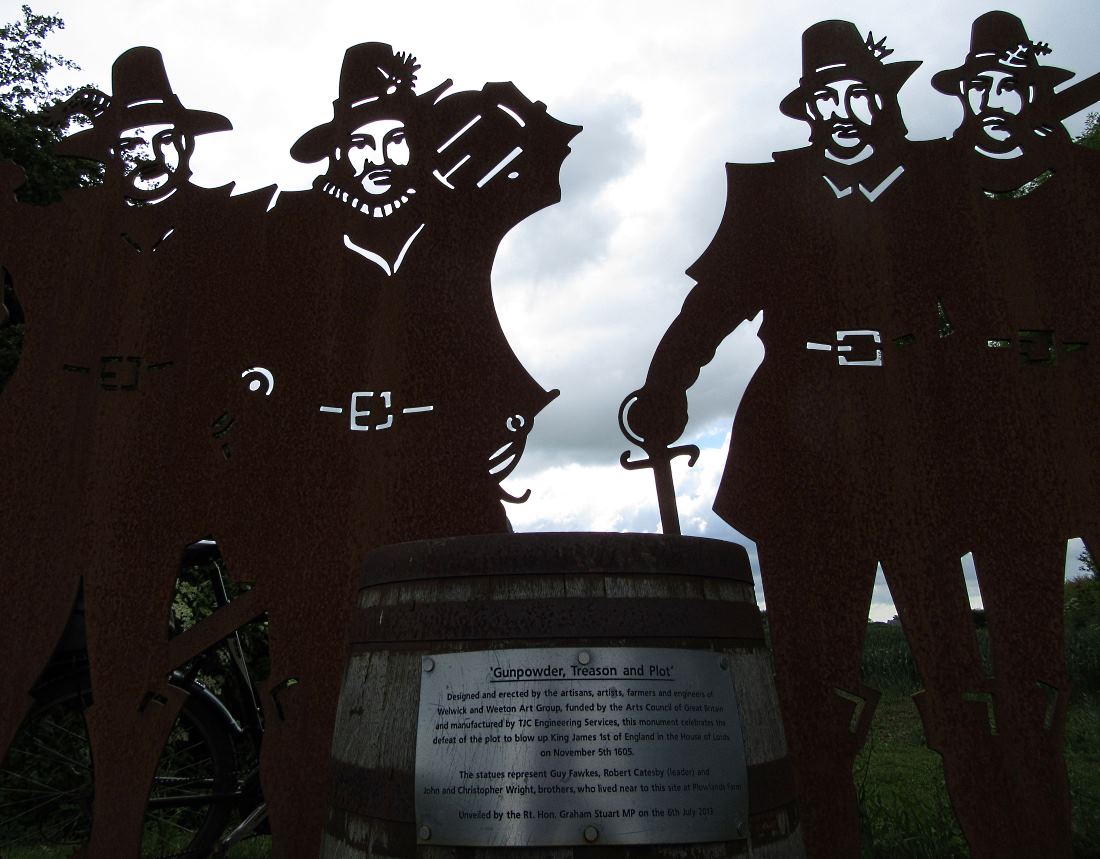 I was surprised to see this monument at Welwick (pic). It commemorates four members of the Gunpowder Plot of 1605, most notably John and Christopher Wright, two brothers who lived in the farm next door. Well, there you have it: Ferriby’s Wright Brothers make intriguing discoveries that advance human knowledge and are celebrated with a few planks, while Holderness’s Wright Brothers are murderous terrorists who get a life-size cutout as if posing for a 70s album cover. Though, politics as they are these days, you can understand how John and Chris felt. Thinking about it, Guy Fawkes himself came from York, and he’s positively celebrated too, by a pub in his name. 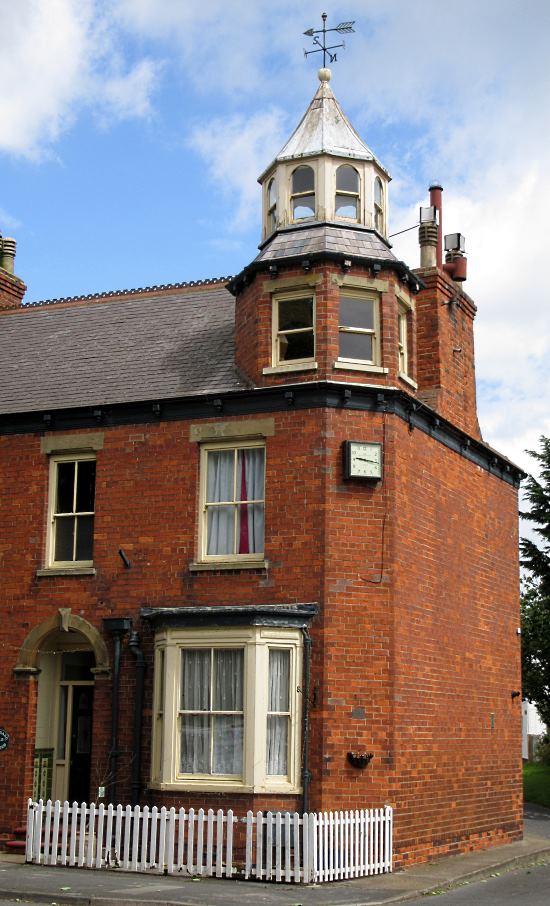 A local feature out here is the towers built on some of the houses (pic). It’s so flat round here you can probably see all the way back to Hull and across to Grimsby, which does make you wonder if it was worth the effort. 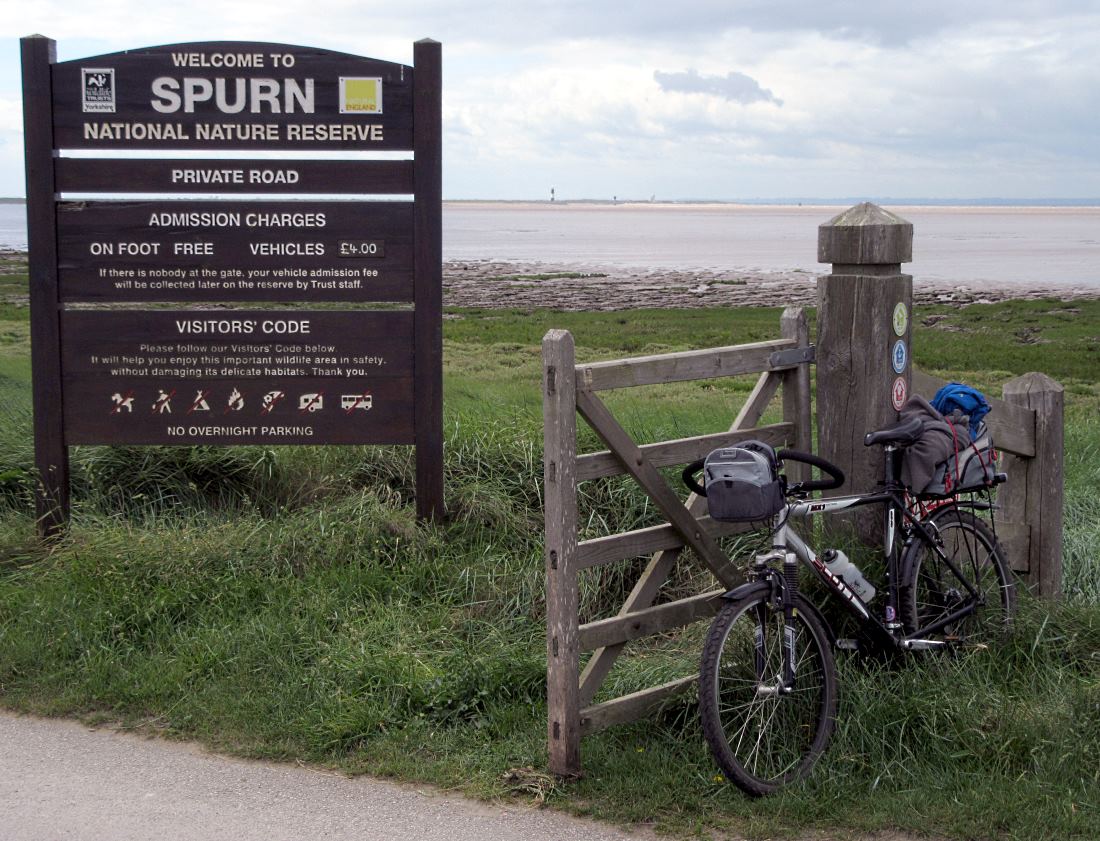 And so, at last, to Spurn, the sprawling tendril of sand that stretches three miles out and a few yards wide from here into the waters where Humber and North Sea jostle against each other. It’s one of England’s most remarkable places to cycle. This is the entrance to the Reserve; you can just see the lighthouse at the end of the spit in the distance (pic).

Cars are banned from Spurn, because in 2013 a storm surge washed away the road (and the telegraph poles) from a half-mile section of the peninsula (pic). I came here in 2009 with friends when this was all still intact and fully functioning, as was my sense of humour.

The silhouetted figure is standing at the easternmost point in historic Yorkshire. The next land due east of here is Borkum, a German island off the Netherlands coast. It’s sandy and largely car free, like Spurn, though I suspect the bread is better.

The RNLI staff who lodge on the end have to get across to their houses and lifeboats by 4×4 across a section of beach (pic) which now occasionally washes over completely at very high tides, making Britain’s newest island, and the only one entirely in Yorkshire. (Whitton Island, which emerged recently at the other end of the Humber, is partly in Lincolnshire.) Good to see Spurn taking back control, then.

You can push your bike across the beach section, and continue riding on the other side onto the transitioning island, where the road picks up again (pic, looking back). I kept stopping to admire the vast, flat views, and shake the sand out of my shoes. 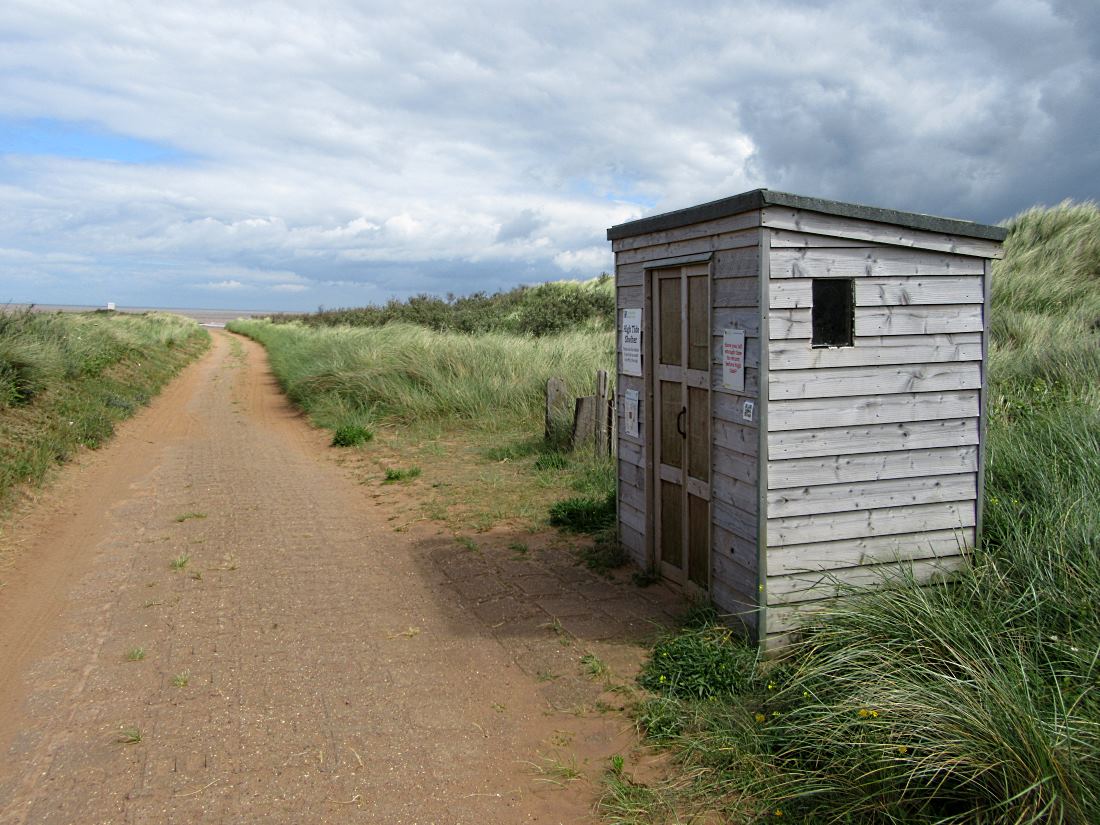 For those who get stranded by the tide, there’s this refuge hut. You’d be trapped here, safe and sound but with absolutely nothing to see or do. It’s here to give you an idea of what living in Holderness would be like. 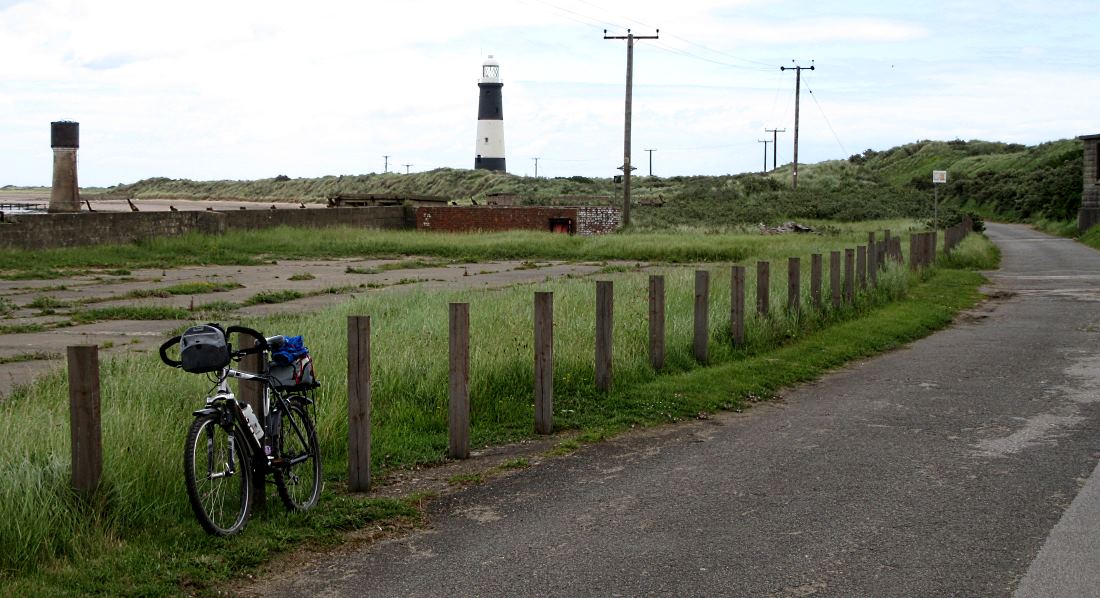 This is just about as far as you can go southeast in Yorkshire by bike. The road ends around here, near the end of Spurn Head, by a cluster of RNLI lodges, the lifeboat launch pier, and a couple of lighthouses. You’re effectively three miles out at sea, confronted by unsettling existential questions, such as Cleethorpes. I did the only thing you can in such disturbing circumstances. I had lunch.

Back up at the entrance to Spurn, a surprise-but-no-surprise. A lorry driver from Lithuania had got stuck in the sand trying to turn back (pic), claiming he had suffered an epic satnav fail. ‘Nesąmonė’, as they say in Lithuania; I reckon he just cocked up.

I locked my bike up in Easington, got buses and trains back to Ferriby, and drove out the next morning to pick up the bike. It’s been another delightful ride out to another county extremity, and thanks to the trekking bike’s offroad opportunities, I could explore lots of places I’d not seen before. And I’ll tell you what, Larkin nailed it.