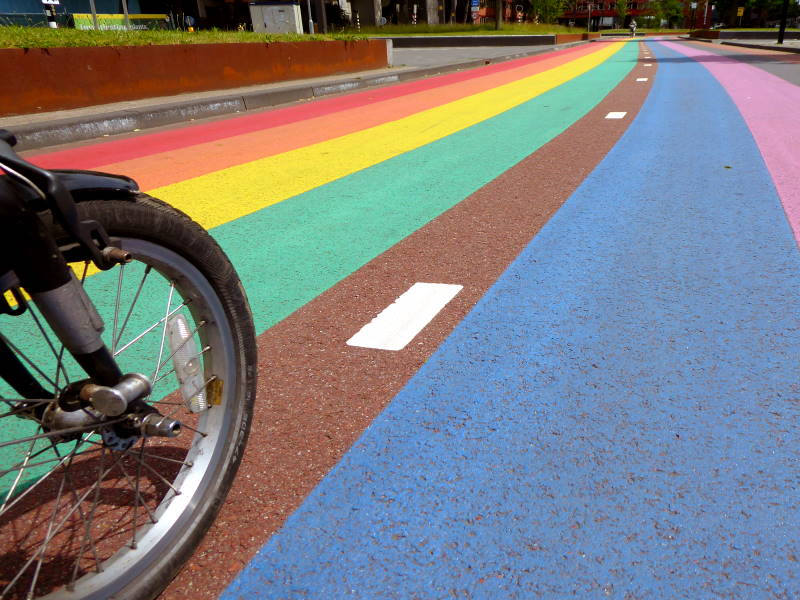 I just spent a few days exploring Utrecht, inside and outside the city, for another article. Even by Dutch standards, this is a bike-friendly place: over 60% of city-centre trips are pedalled, and outstanding cycleways – wide, smooth, continuous, and with priority at junctions – are everywhere. Nobody knows how many kilometres of bike path there are, because they’re never empty enough to be able to measure.

The benefits to the economy of two-wheeled transport over motor vehicles is so much that in the last decade they’ve torn out a motorway that went through the centre and replaced it with a canal and bike paths. And statues to cycling assassins.

It’s also the location of the Netherlands’ (possibly the world’s) oldest cycle path, the largest bike park on the planet, the longest rainbow cycle path, a bridge on the roof of a school, some delightful canals, and pleasant scenery with some lovely historic villages and towns.

Here’s a few photos to give you a flavour of the trip. Pancake-flavour, mostly.