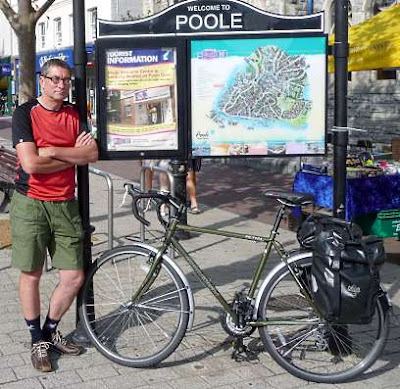 Set off from Poole at 9.30ish, having taken a ludicrously early train from Waterloo. 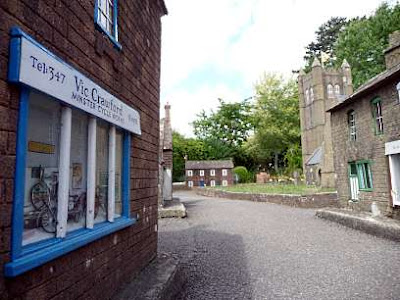 At Wimborne I dropped in on the Model Town. This is a one-tenth replica of the town as it was in the 1950s. You can walk up the streets and lanes and imagine being sixty feet tall. The shops have little models of what would have been in the windows. There are two bike shops. If the model is anything to go by, bike parking in 1950s Dorset was non-existent.

At Blandford Forum I could ask one of my favourite questions. The town was rebuilt in Georgian style following a fire, and the architects were William and John Bastard. So you can point to any building and say, Which Bastard designed that?, and you’re asking a very intelligent question. 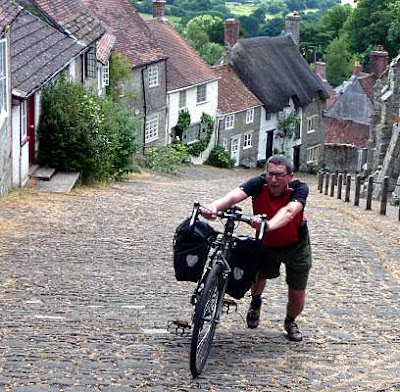 Anyway, at Shaftesbury I re-enacted the famous Hovis TV advert on Gold Hill. 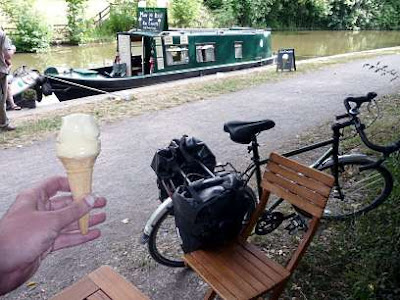 Via Warminster and Westbury I got to the canal towpath. Just past Bradford on Avon is a string of narrowboats, some of which are shops. You can get your hair cut in one of them, but I was more interested in what this one had to sell.

I overnighted in Bath.