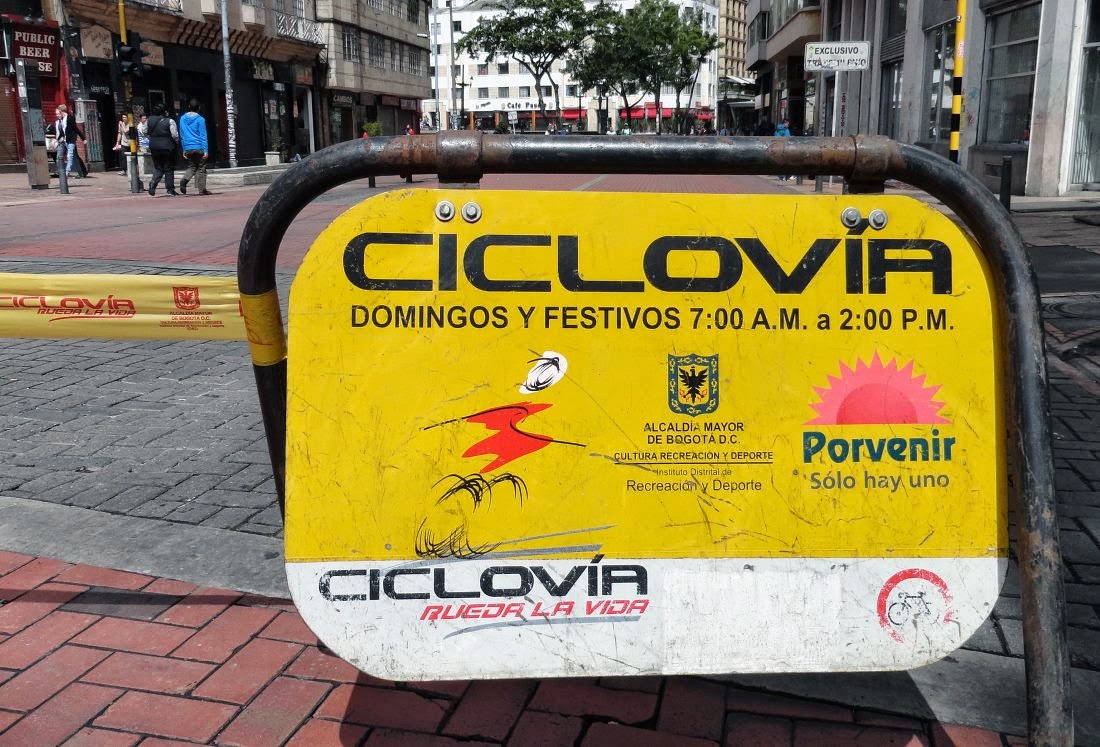 Every Sunday, from 7am-2pm, Bogotá cordons off (pic) long stretches of city-centre streets from motor traffic, opening them up for cyclists, walkers, skaters and joggers. It’s called Ciclovía meaning ‘cycleway’, loosely translated as ‘open streets’, and has been running for over 30 years. 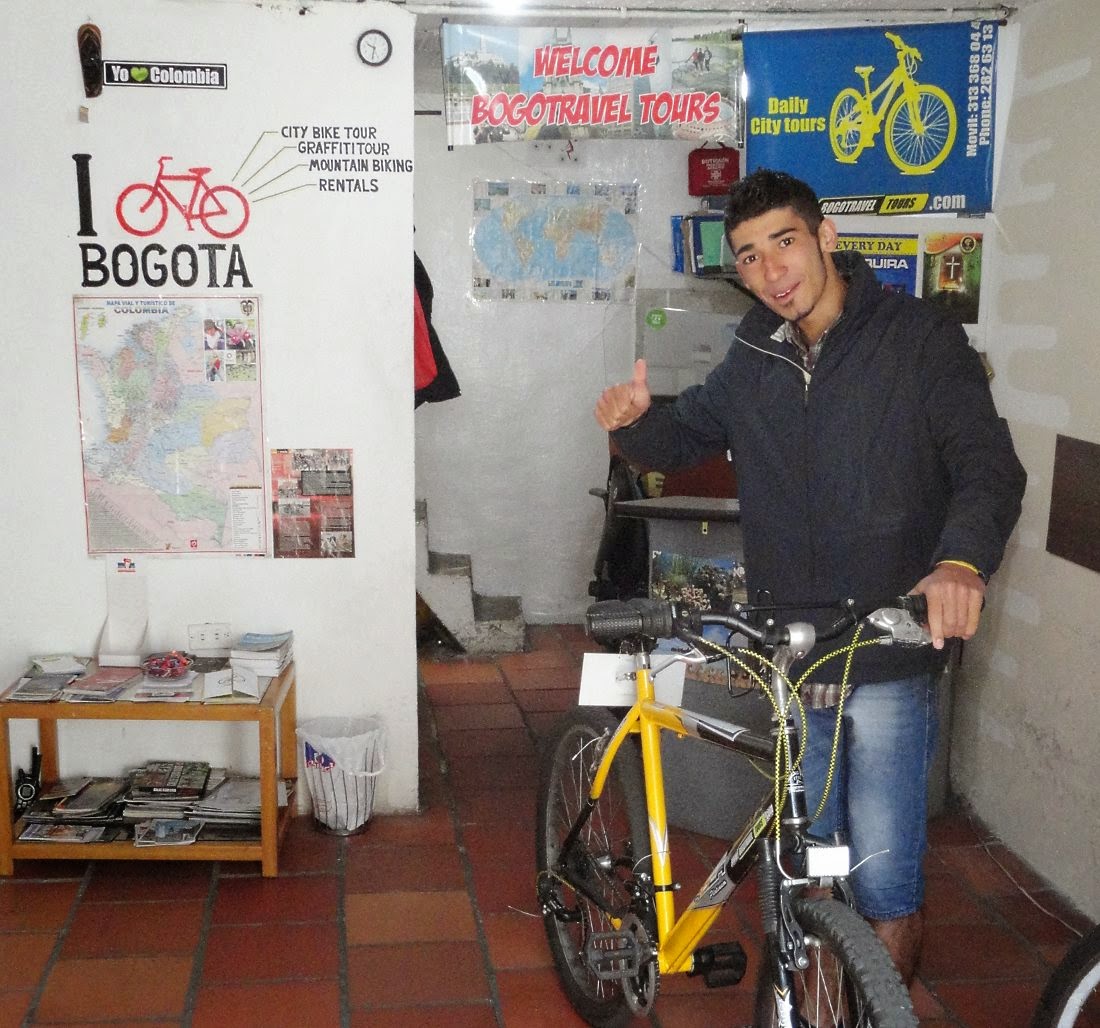 I hired a bike (pic) to take part. I chose it to fit in with the typical local model: a wobbly, rickety old MTB with dodgy brakes and moribund back tyre. (That’s not me, of course. That’s Fernando, from the bike shop. As is common in Colombia, a salsa band was practising opposite. I didn’t ask him if he could hear the drums though.) 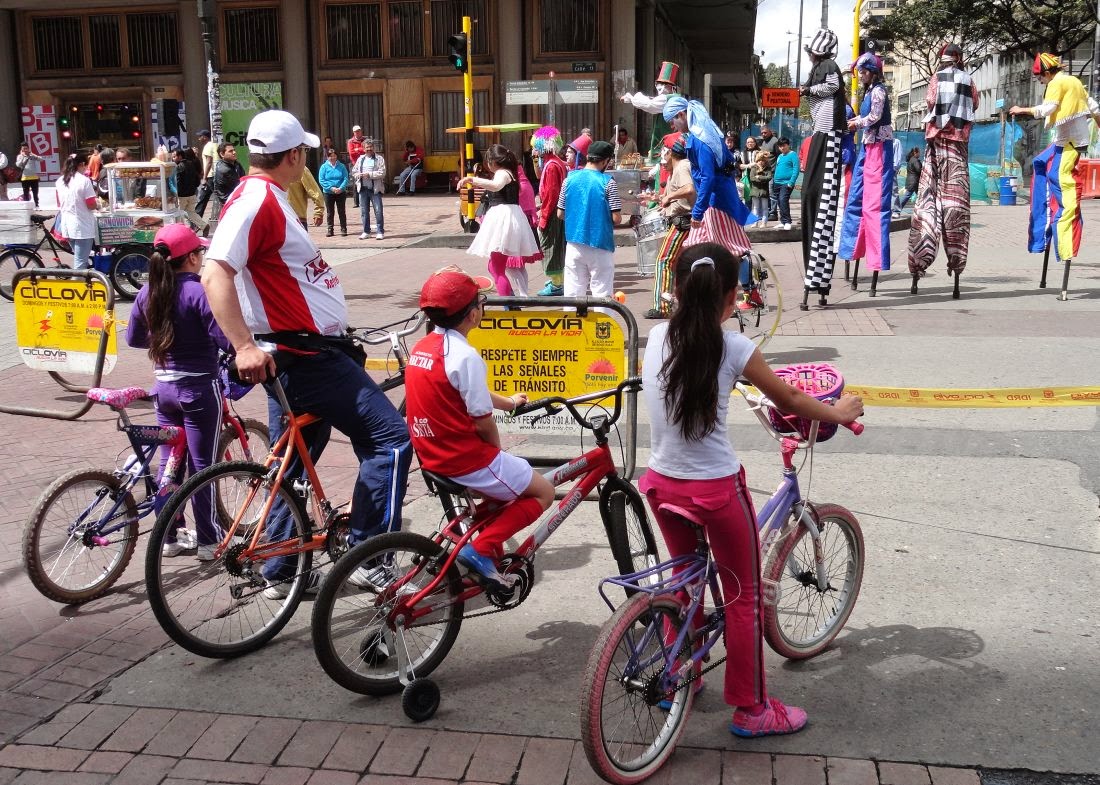 It’s said up to 30 per cent of the city’s population take part, and certainly you see many families (pic) enjoying the street entertainment on offer. There’s a big mass aerobics session in one of the parks, but given my ability at dancing, you can understand why I didn’t join in. 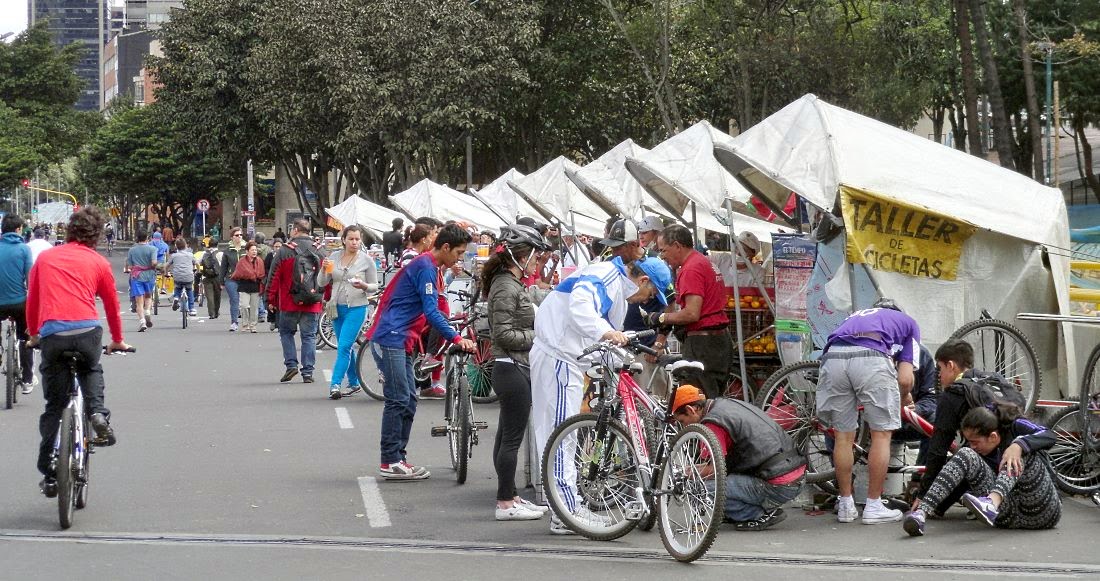 For those whose bikes give out, there are frequent stalls offering bike maintenance and repair (pic). 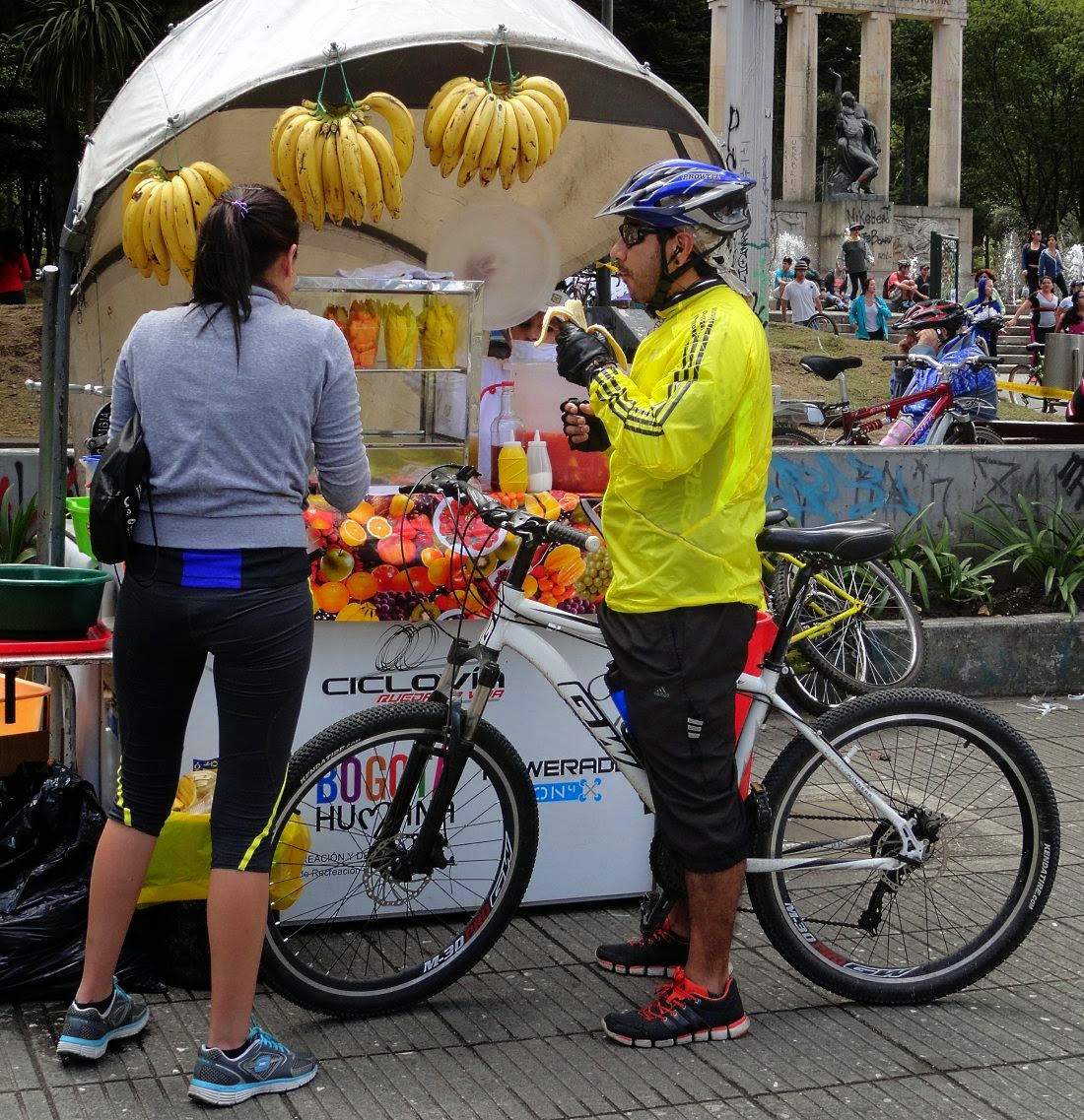 More interesting for me were the even frequenter food and drink stalls, many with Ciclovía-branded livery (pic). You don’t need to take any supplies with you, even if you cycle the entire 120km of traffic-free roads. (Well, that’s said to be the extent – the offical maps make it look more like half that.) 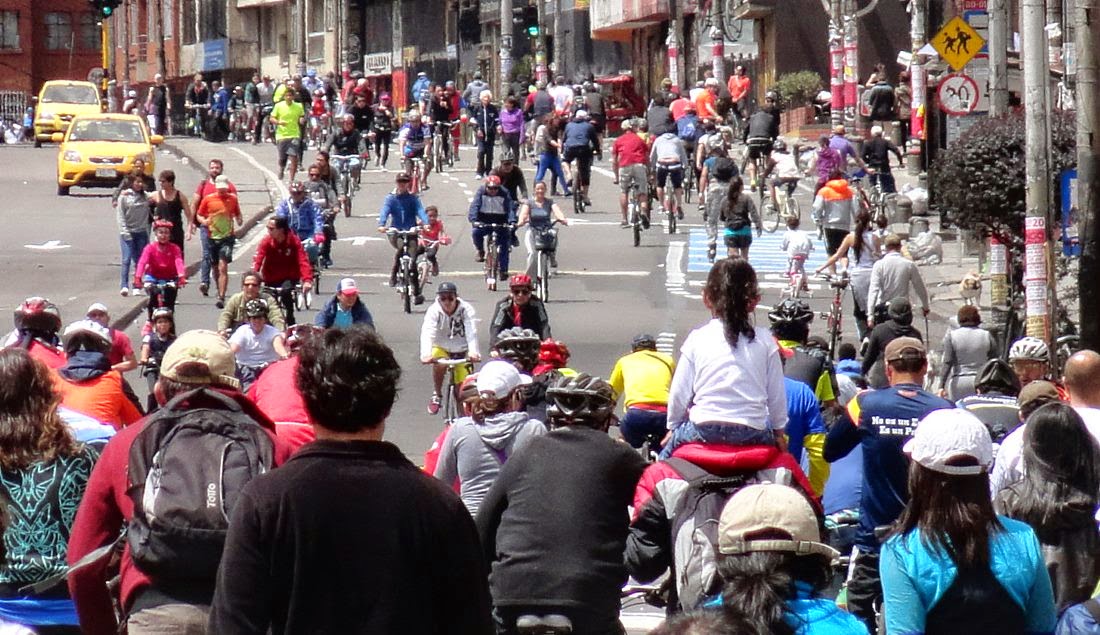 Actually, many of the roads are only half-closed to traffic: just one of the two dual carriageways. There are a few pinch points and many marshalled crossings of roads, and occasionally you have to slow down because of the sheer number of users, but it’s still a delight (pic). Think of a British Skyride, but without the corporate presence, and with about ten times the distance to play with. 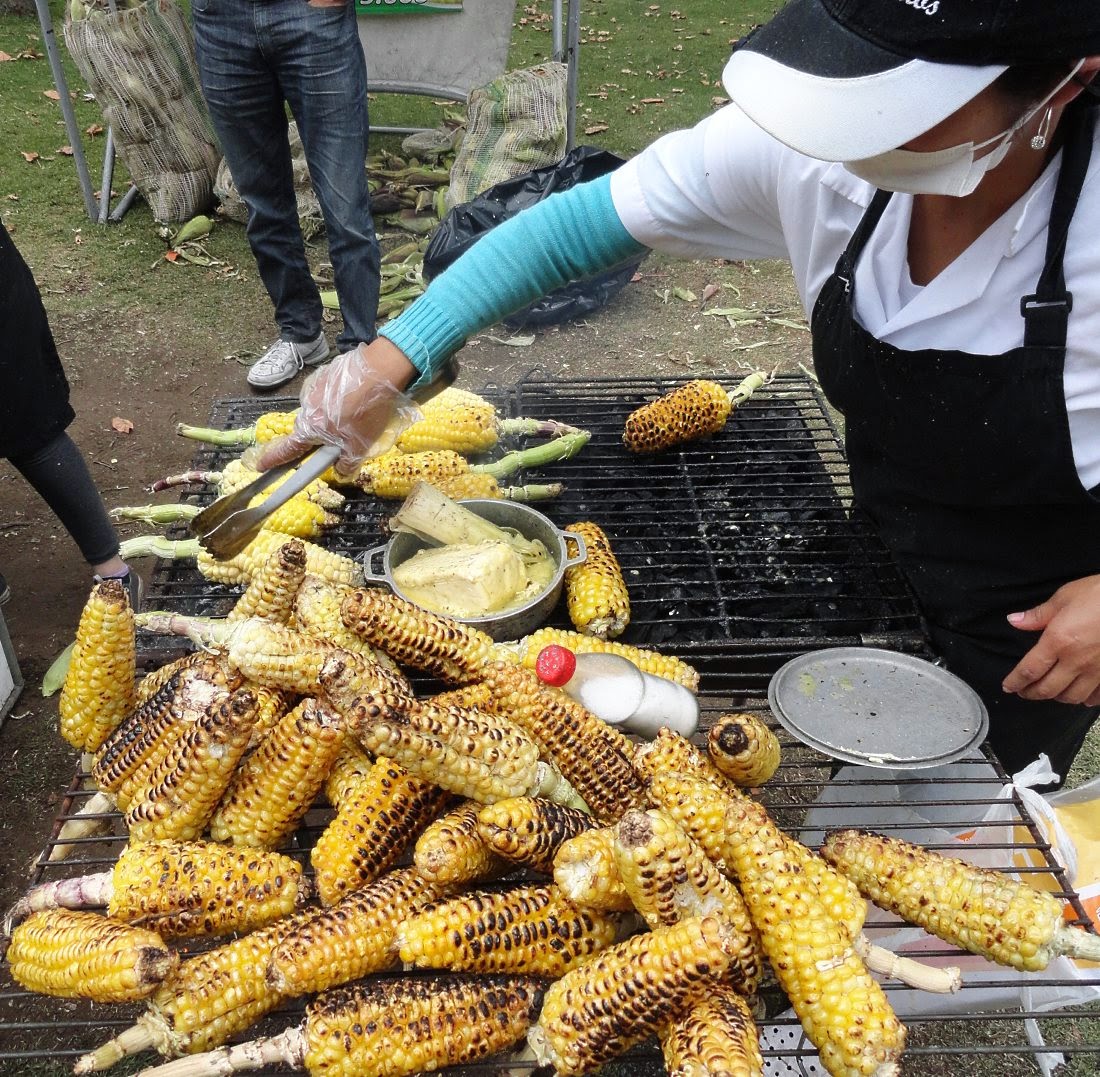 My lunch was from this stall, with the most delicious corn on the cob I’ve ever had. Forget the small, sweet ones you get in British supermarkets: these had big fat meaty kernels and had the texture of lasagne. 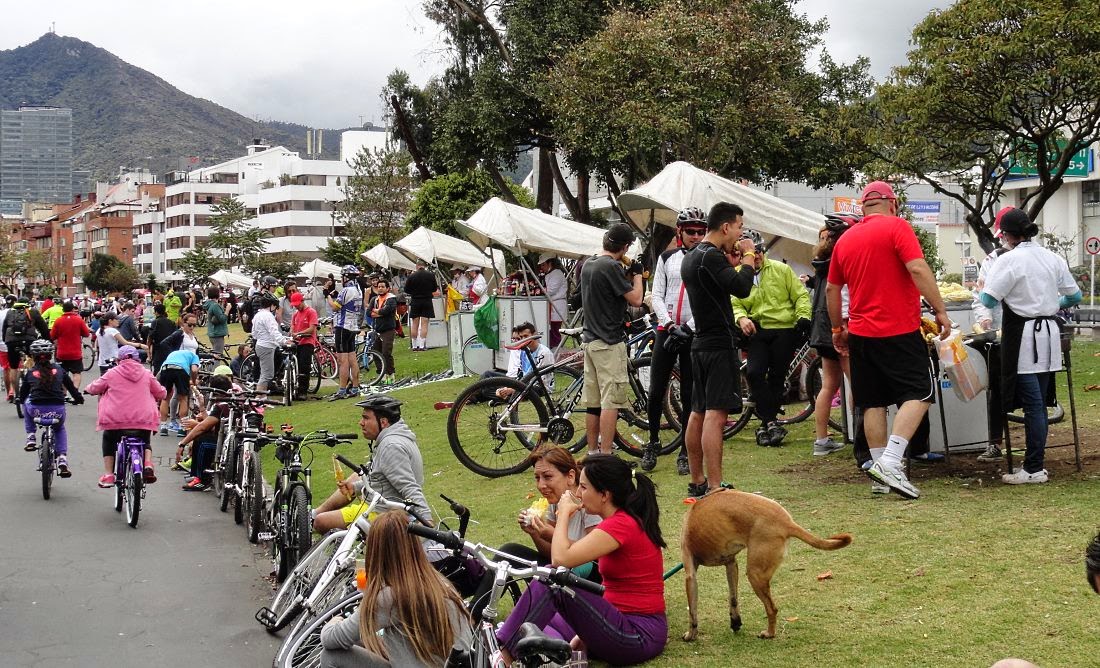 The Ciclovía takes you from the centre into suburbs the visitor doesn’t normally get to. This is at the northern end – a rather posh district, to judge by the amount of upscale residential blocks, and the price of corn on the cob. 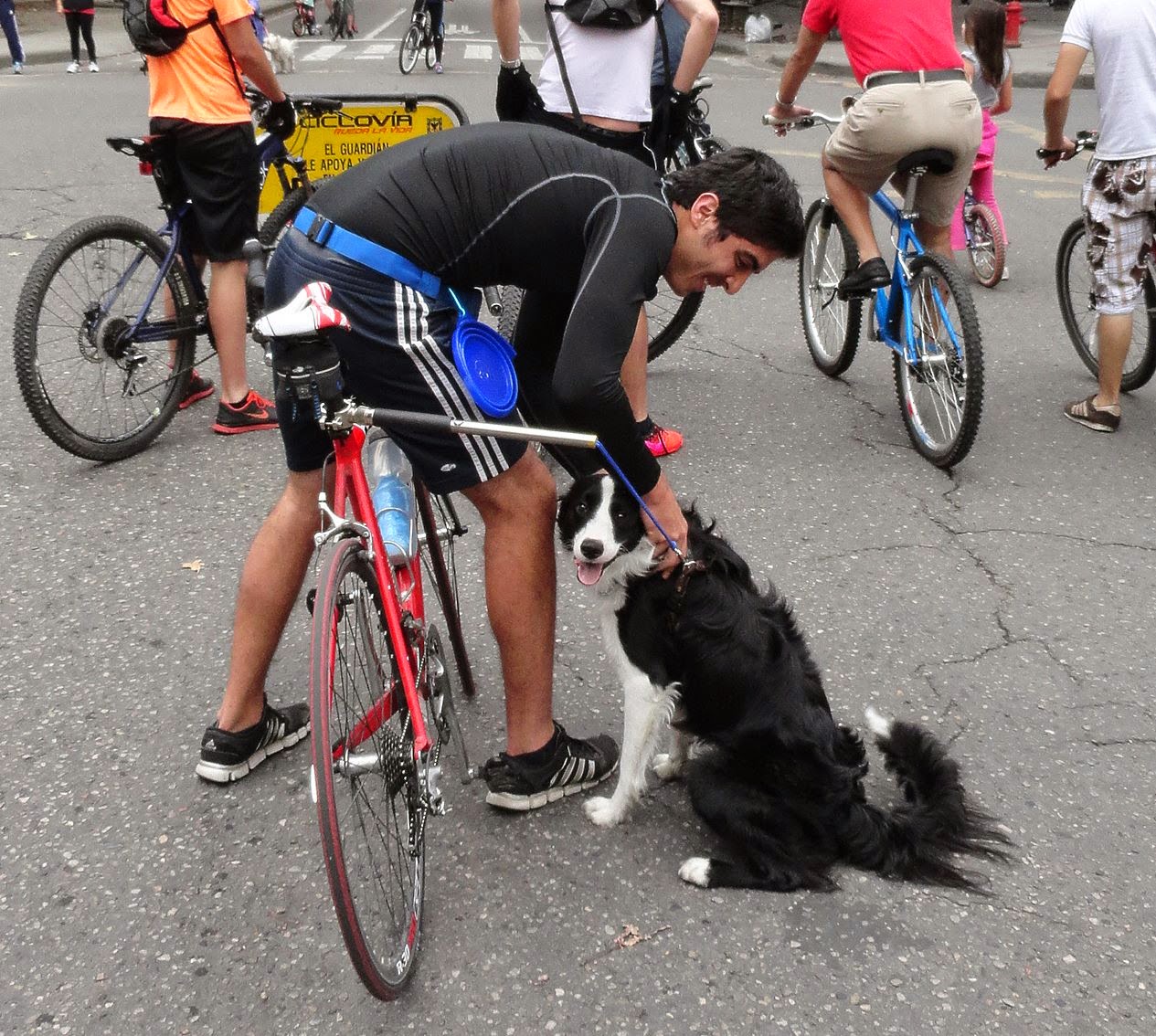 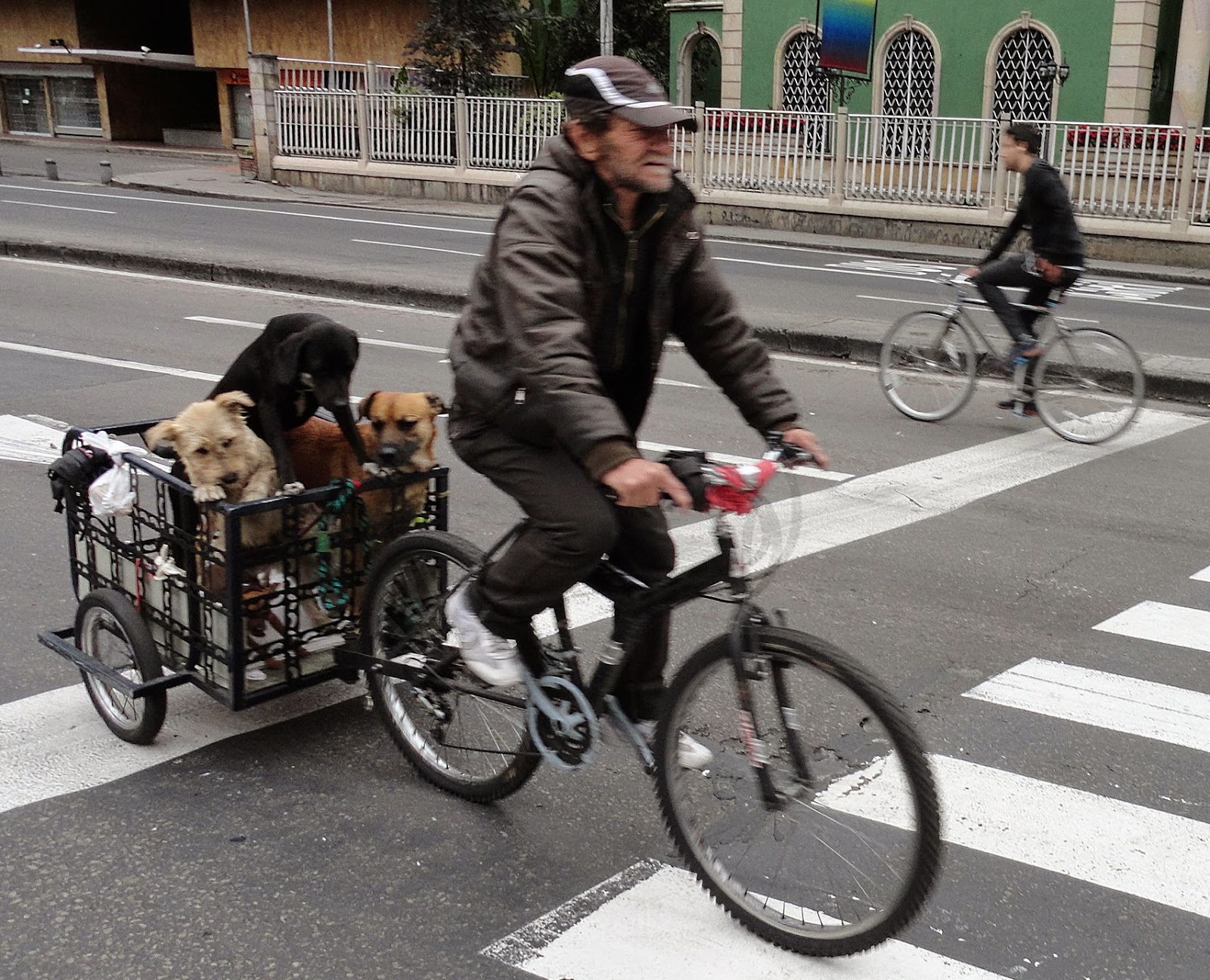 …though for this guy, the ‘cute lapdog in basket’ schtick favoured by young ladies with flowing hair was clearly not part of his aesthetic. Unless he was rounding them up. 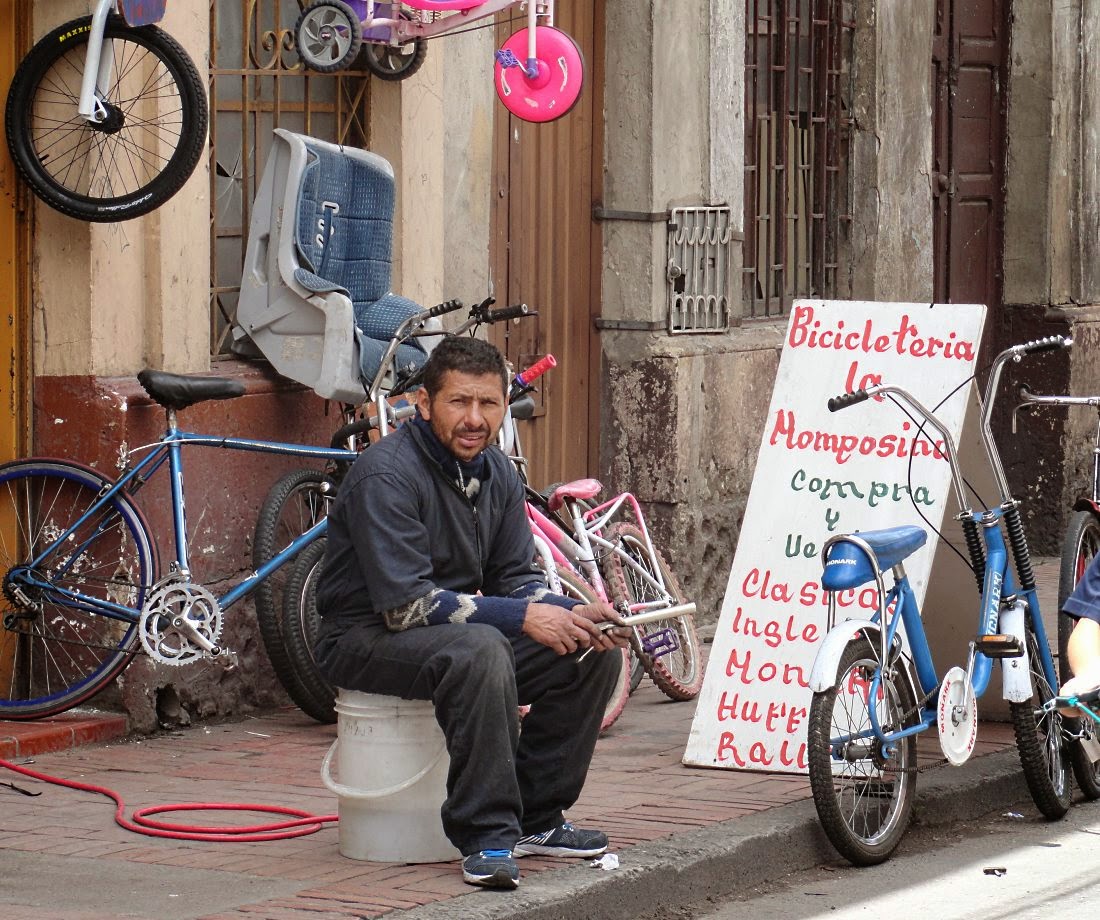 In contrast to the glitzy north are the more down-at-heel southern suburbs (pic), which Ciclovía also takes you through. Some of them can be dangerous: outside Ciclovía Sundays, you’re advised to replace your bottle cage with a holster. But today it was all friendly and fun. 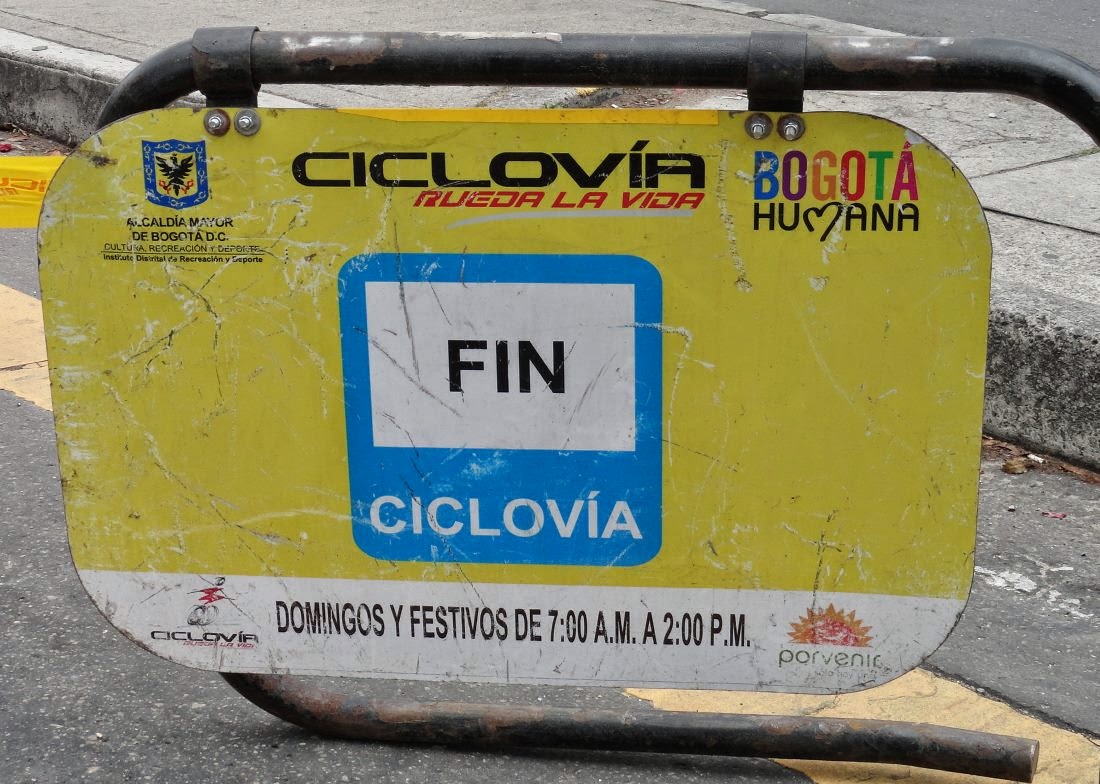 I spent four hours and only managed a small fraction of the available closed-roads. But in that time I saw far more of Bogotá, and had far more pleasant encounters with locals, than I’d had in the previous four days. Next time you’re passing through Colombia, do go.