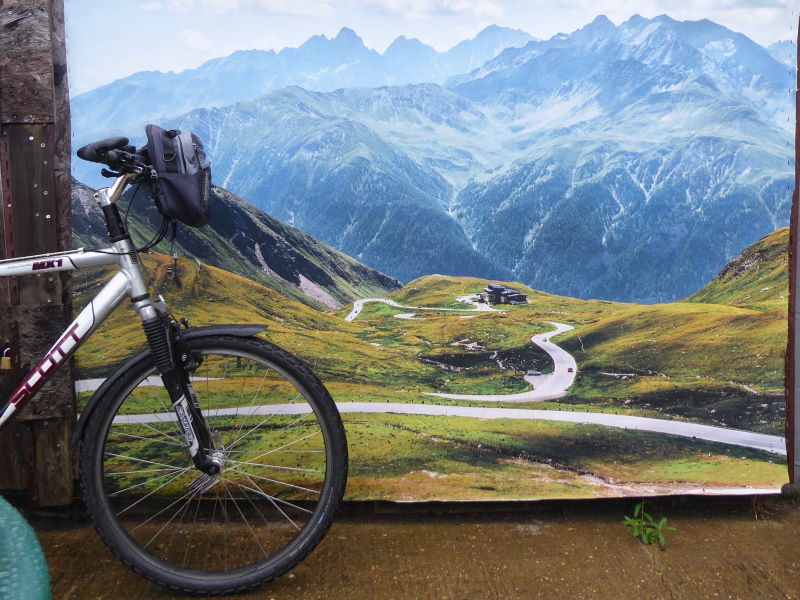 At last, life is returning to normal: trains delayed an hour by signal failure, just like the Before Times.

I did a quick jaunt to Stevenage today, to investigate the very agreeable Spoke CC cycle cafe in Codicote just outside. And got very wet in the process: it pelted down with rain all day. The only glimpse of sunshine and scenery was on the giant wall print of an alpine view on the cafe terrace.

The rain, seeping into the signal box at New Barnet, was presumably the cause of the severe delays on northbound trains from London, including those which eventually got me back over an hour late. Which at least meant the return leg of the trip worked out free, under Delay Repay.

That wasn’t the biggest rail-related bike challenge of the day, though. The trickiest times were in the morning, on my way in. As my train rolled into Stevenage, I went to get my bike out of the stupidly cramped cupboards that pass for ‘cycle storage’, only to find it bricked up by a pile of heavy crates…