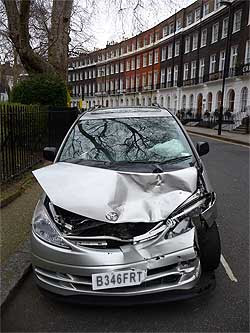 The Beaufort Scale classifies the severity of storms. We’re familiar with it in Britain from the Shipping Forecast on BBC Radio 4, which wakes us up and sends us to sleep with its mystical incantations of South Utsire, Dogger, Fisher, German Bight, three becoming four or five occasionally six, one thousand and seven, rising slowly, good. Whatever that means.

Well, it’s about time the scale was adapted to describe the severity of cycle-driver confrontations. How serious was the incident this morning when you got cut up by a taxi and shouted at him? Well, with the scale below, now you know.