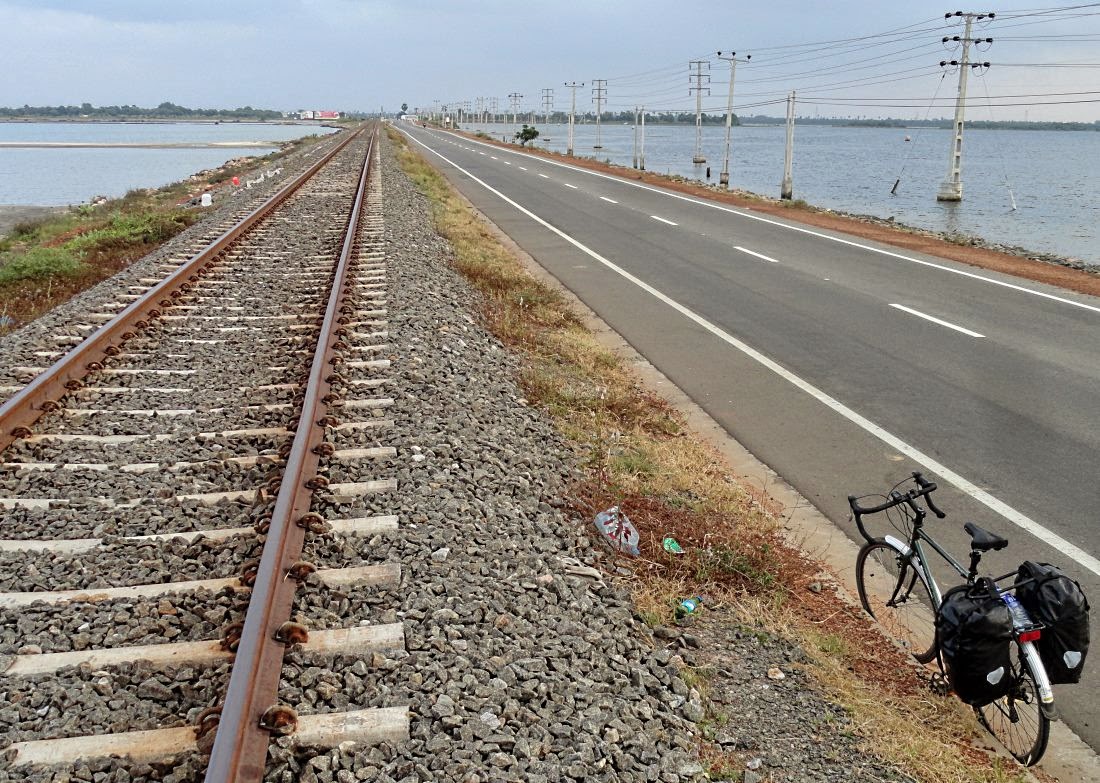 This was the hardest day so far, thanks to a strong headwind, hot sun, and weak legs from two days without proper food because of a gippy tummy. It was only 39 miles, but felt three times that, with around a dozen stops for water, shade and rest on the way. It started OK, with another dawn departure, and the traverse of Elephant Pass (pic): a rail-and-road causeway across Jaffna Lagoon that was the only access to the far north until recently. As a consequence it was fought over very hard in the civil war, and there are memorials to some of the battles here. My battles were trivial in comparison. 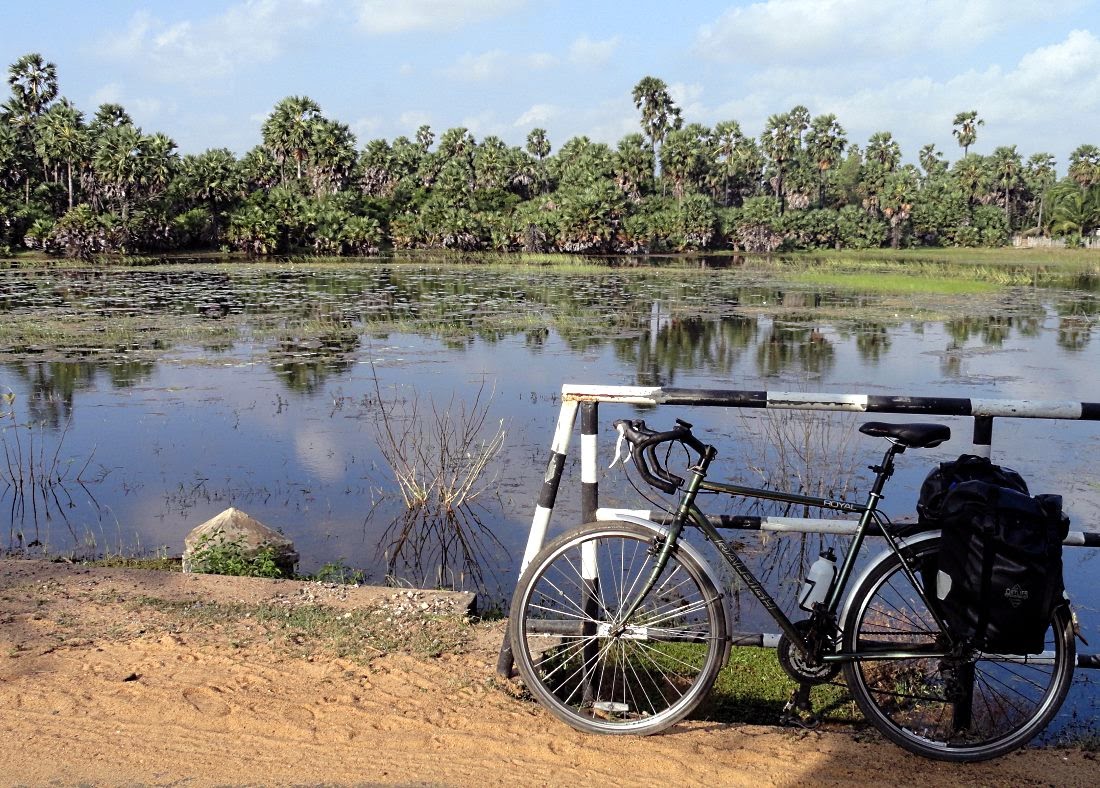 I took some remote, pretty back lanes (pic) up towards Point Pedro. These went through tiny villages where curious locals all wondered what on earth I was doing here. Given my feeble physical state, struggling along a bumpy dirt road in the heat, so did I. 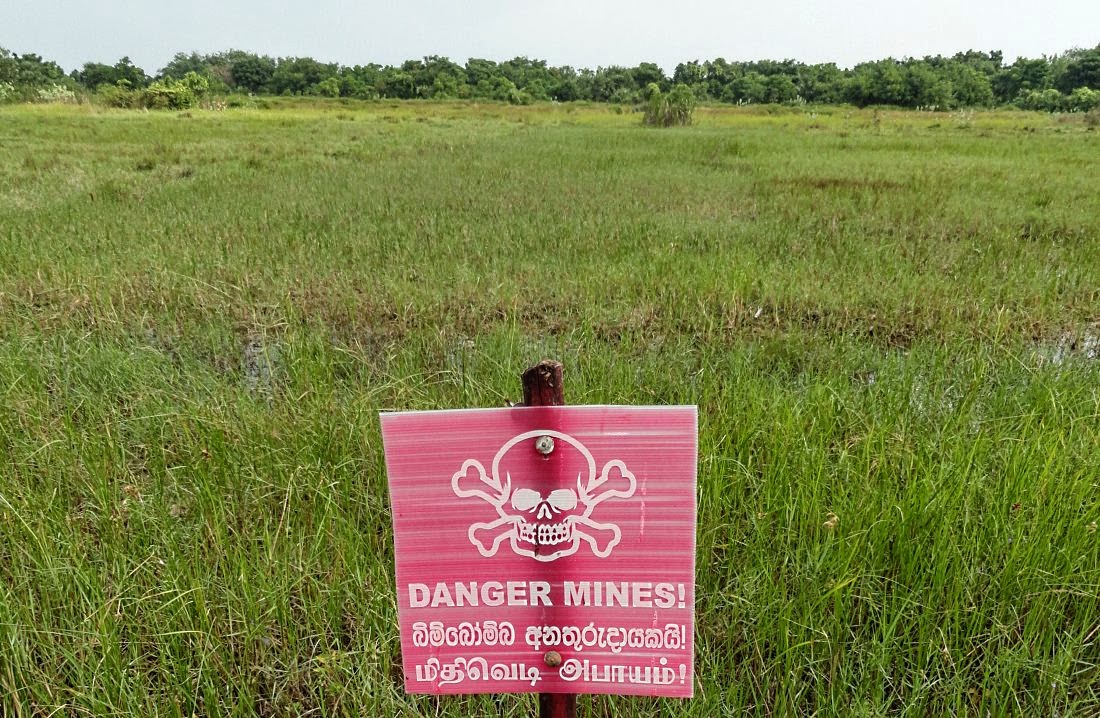 This area was a war zone until hostilities finally ended – after 30 years – in 2009. Military presence is still heavy, with several checkpoints, and there are many areas not yet cleared of mines (pic) – it’s not a good idea to stray from the road. And I already had explosions of my own, internal, kind. 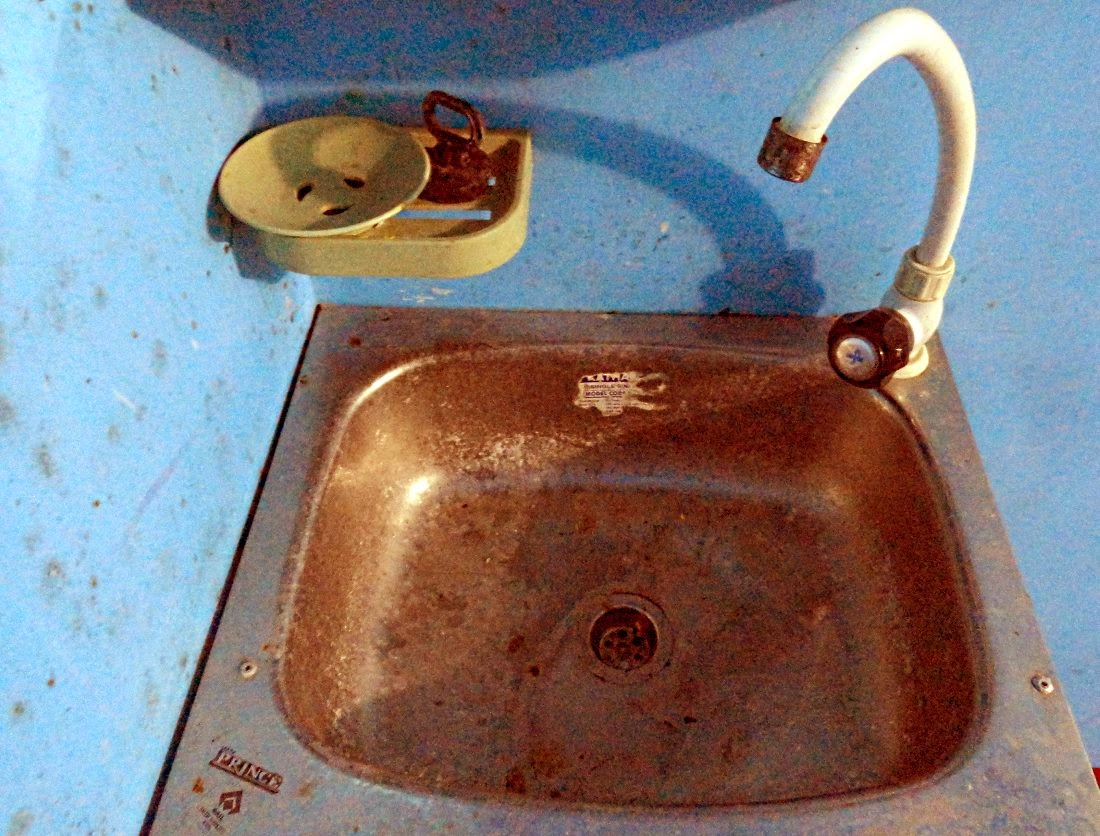 I arrived at Point Pedro, the town by the northernmost point, at noon, but was too exhausted to do the official finishing stuff and photocall. That will have to wait till tomorrow, after I’ve slept about 18 hours. The only available guesthouse was the shabbiest, filthiest, most ramshackle place I’ve ever stayed. Washing my hands in the sink (pic) was likely to make them dirtier. I was a little worried about bringing my bike into the room, because it might have ended up covered in filthy marks. The bike, I mean. Not that it mattered: I was only there to sleep, with my ceremonial end tomorrow just half a mile away.