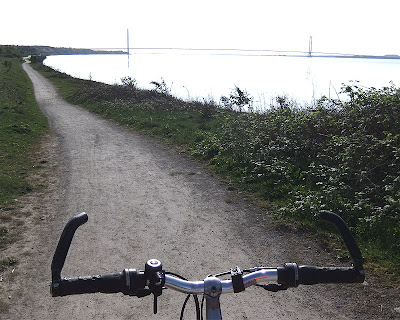 I stayed at my mum’s in Ferriby, and those of you who who have done similar will smile at the memory of the hospitality blitzkrieg: mountains of food, oceans of wine. No mountains here of course – after Ferriby it’s the plain of Holderness, sprawling east to the North Sea, and the nearest you get to ocean is the grey expanse of the Humber Estuary. At least the TPT runs alongside the water, with an impressive view of the Humber Bridge’s austere grandeur, and on a sunny day it was quite pleasant. 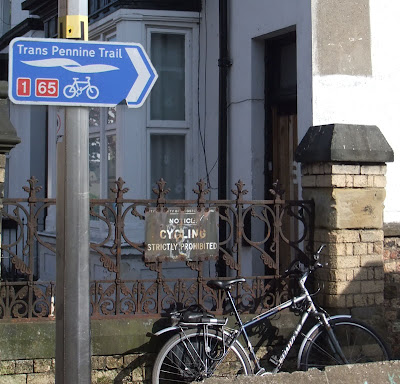 The TPT takes you parallel to Hessle Road, not Hull’s wealthiest suburb, along well-chosen traffic-free cycle paths such as this, where, er, cycling is prohibited. 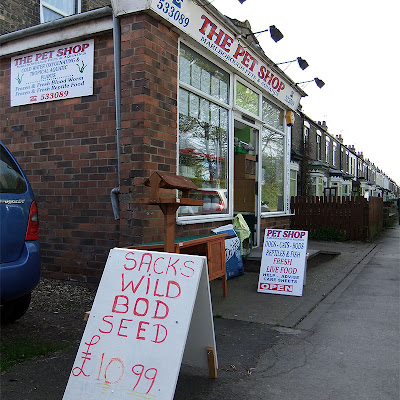 The TPT ploughs determinedly through Hull’s north-eastern estates such as Sutton and picks up the old Hull-Hornsea railway, another Beeching casualty, for its final stretch. Ten rather uninspiring miles north from Hull is Hornsea itself; the lake, Hornsea Mere, is a convenient rhyming endpoint but you don’t get to see much from the trail. You do, however, go past this pet shop which splendidly embraces local dialect (‘bod’ is ‘bird’; in Hull it would be pronounced more like ‘baaaiiirrrd’, but this is East Yorks). 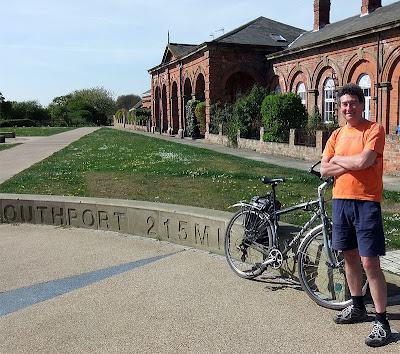 A tad further on is the old Hornsea station, site of a TPT end marker that echoes the one in Southport… 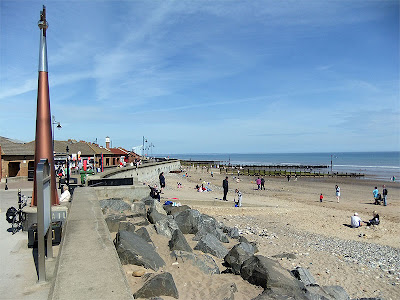 …and a few yards beyond it is the beach, with a complementary tower thing to Southport’s. It was a lovely sunny Sunday, with lots of cyclists finishing their day ride or the complete trail. I had an ice cream and a series of pleasant chats, and then turned round to bike the 20-odd miles back to Ferriby…